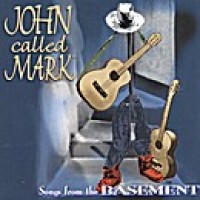 Hardly a week goes by without someone asking what "inspired" a particular song I put on an album. Most of the time the answer is pretty easy. I pen many of the lyrics to songs based on some personal experience or occurrence that left a lingering impression on my soul. I do my best writing in the lobby of a hotel or some place full of people where I can gaze about and notice the faces and the frantic pace of life all around me. In the case of "Liftin' My Eyes", however, that song seeped out of me while I was alone with the Lord one night in the basement studio at my home. It is a very intimate song reflecting the sincere and honest conversations we should regularly share with God if we would simply allow ourselves the time and vulnerability to be real in his presence on a daily basis. It's easy for me to get caught up in the world, the struggles, the disappointments, and the daily challenges of being a Christian, particularly in this unfamiliar and humbling music ministry God led me into. Some days all I can honestly do is lift my eyes up to my Father God with a mixture of shame and gratitude, hoping and trusting that he will slow me down, make sense of it all and just sit with me until I'm able to continue the journey. I'm thankful that during one of those times, I was honest and vulnerable enough for him to gift me with this song. It's probably the most honest and heartfelt song I've ever written...and I know God was listening closely as I sang it to him the first time. It's a little awkward, but still cool to see so many others relating to a song I never originally intended to share with anyone but God.