Jonathan Veira: The church's heritage of hymns refreshed on his latest album 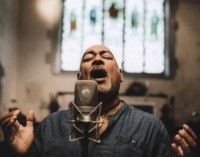 Over the last few years Jonathan Veira has become possibly the UK Church's best-selling solo male recording artist. Jonathan's latest album 'The Hymns Project' is a selection of hymn evergreens and is continuing to his sales momentum. I quizzed this amusing and erudite man about his venture into the world of hymnody.

Tony: Jonathan, when we last spoke in 2008 you told me that your main source of income was opera. Is that still the case?

Jonathan: No - times have changed since 2008. I now spend nearly every weekend of the year doing my solo concerts in churches and organisations, teaching music at University and at home conducting choirs, and recording. I am very fortunate to still be able to release recordings and I am grateful to Peter Martin at Essential Christian for still believing that I have something to sing and say. Over the year I will sing to up to 80,000 people and I realise that I am deeply privileged to still have an audience who will come and enjoy good music and story telling.

I still do the occasional opera projects - mainly by choice - and love singing in my treasured operatic style. I love singing with an orchestra and more chances to do this are always welcome, but after 34 years or so in the business my emphasis has changed. For my last operatic appearance I received some of best reviews in my career - so I haven't stopped due to anything negative. For example, The Stage wrote, "Jonathan Veira offers a classic buffo performance as the pompous Don Magnifico - the kind of role he does better than anyone else in the UK."

2008 seems such a long time ago and so much has happened in the nine years - including the financial crash, people's way of listening to music, Brexit, the decline of the CD, the return to vinyl for some (who thought we would see that), Trump and so much more! Up to and including me getting older (who could have foreseen that!).

Tony: In that interview you spoke about selecting songs on their musical merits and asking yourself "is this a good song". Did you adopt the same criteria when selecting material for 'The Hymns Project'?

Jonathan: I have not changed from my 2008 answer in essence - whether that be in performance or whether in recording. Qualitative value is vital in some form - tune, lyrics and overall effect will determine my choice. "Is this a good song" is obviously a subjective question but my years of experience in the music business and my ear has at least trained me to sift out the wheat from the chaff. Of course people may disagree with my choices but I think my hit rate remains reasonable . . .if not flawed at times. The "bones" of the song need to be sound - by which I mean "Does it have something to say that throws some light on dark places, does it have a melody that carries it?" And has it got longevity, ie, will it stand the test of time? If a hymn has lasted in church use for decades then I think the answer will be yes - I will choose that over one that has "sunk without trace" and deservedly so. This is not to say that there are songs in hymnody in years past that don't deserve another outing in our churches and modern hymn writers have often re-discovered these and brought them to the fore.

Tony: Many of the hymns you've sung on 'The Hymns Project' have been recorded countless times. Did you set out with a determination to bring something fresh to their performance?

Jonathan: I think it is important to say what 'The Hymns Project' is. It is a revitalising of old tunes that some of us may know form our past (eg, "All To Jesus", "I Stand Amazed" and "I Will Sing The Wondrous Story") and the writing of new melodies to old lyrics (eg, "To God Be The Glory", "And Can It Be" and "Love Divine"). I have done six of each. Some I have written as contemporary, band-led arrangements and some more choral or simply more piano and voice-led. In the album they come with big arrangements that Mark Edwards and I have done but in the music book they will be written more simply with the new, sing-able tunes and clear, interesting accompaniments for church musicians.

What we want most of all from this album is for people to be able to SING and to hear their own voices as they sing. With simple truth and sometimes-complicated truth being conveyed as they sing. So yes - something fresh is what has driven us from the beginning of this project. Recorded countless times? I'm sure they have, but I hope this just casts a light on our hymnody heritage that shouldn't be lost.

Tony: Tell me a bit about the recording process. 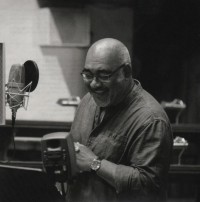 Jonathan: We recorded the arrangements mainly in Mark Edwards' studio on the south coast. I then sang live in St Andrew's Church, Alfriston and we got fabulous guitarist Dan Wheeler to add his parts from Nashville. I wrote some harmonies and was able to use my choir from St Saviours in Guildford for a few of the songs. Mark Edwards and I produced it together and that is the way that we work now when I record. We spend a good long time in pre-production, basically planning the arrangements, what instrument plays what and where, etc. This is the interesting part of the process where we are truly at the creative coalface. You often find yourself back to your initial idea having tried five others along the way, but in that process you are constantly refining and trying to find the best way to polish that phrase melody or those lyrics.

The whole recording - as usual with Mark - is a total pleasure. His musical skill is incomparable and his knowledge of harmony mixed with my musical experience and heritage makes for a memorable few months together in the studio. I don't think that I have given as much time or energy to a project as I have to this one. . . and I have now done 13 albums! Oh and we often find ourselves laughing together for half hours at a time and have to pull ourselves together to get down to work! I am already looking forward to working with him again in June.

Tony: Of all the hymns on the project what are your favourites?