Jonee: Exploring the art of a Paisley-based songsmith 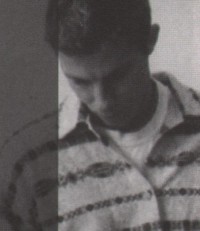 Tony: Can you give me a potted biography on who you are and how you came to record your album?

Jonee: "I have been waiting for years to do more with music but never really had the push to go for it. I was praying back in May about my future and music and felt it was the right time to investigate getting an album recorded. I searched through all my old contacts and addresses and prayed through what I felt was right. I found a letter from Redland Studios offering value for money time in their studio and as I had met Tony Silcock previously I phoned Bristol and arranged two weeks in July. The other guys and all the arrangements kinda happened and despite all the stuff that went wrong I finished up with a pretty pleasing album that will hopefully open the right door. I stayed with friends at the Caedmon Complex in Thornbury during my time there and ended up being around longer than I had hoped to get it all finished."

Tony: What was it like working with producer Tony Silcock?

Jonee: "Our first week began in the local country pub over some food, which set us on a good course. God was good and we had plenty of laughs and complimented each other on the production front. He has a deep desire for dance music and it was fun trying to guide that around what I wanted from the album. It is always a challenge being in a wee dark room for around three weeks when there is beautiful weather outside but I would recommend Tony to anyone who has the time wnd commitment to get their music recorded. To someone who wants to put down some quality studio produced tunes and is a little low on the pennies for the more major studios I would definitely say give Mr Silcock a ring!"

Tony: Pick out two of your favourite songs and tell me what they are about.

Jonee: "'The Edge' is all about strife and life. I don't want to say too much except that hopefully it will mean something to others too. How you can still know God and yet go through bad times. 'Waterfall' is more about a feeling that accompanies day-to-day life. Don't really have favourites but do have an inkling of which songs will mean something for others which is always more important to me."

Jonee: "I used to think I would set up my own music company but realised what a struggle that really is and how small the rewards are in terms of impact and finance. I am now hoping to sign a quality deal with a secular label yet retaining control of much of the creativity and production. My long term musical vision is to see Scotland become the music capitol of Europe. There are so many undiscovered passionate people up here that could bring Scotland's self image up a bit and build our economy."

For more on Jonee visit the Jonee artist profile