Jonny Diaz: The artist reminding womanhood that they are beautiful 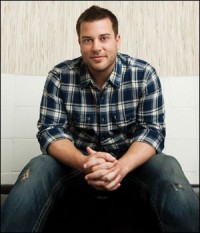 With a sound that has been compared to John Mayer, Bebo Norman and Brandon Heath, and a signature song "More Beautiful You" that in 2009 made number two on Billboard's Hot Christian Songs chart, Jonny Diaz is now firmly established on the US CCM scene. His latest album 'Jonny Diaz' got a nine square review from Cross Rhythms who commented "if you are a fan of deftly arranged acoustic pop rock you will find this set a joy." Jonny spoke about the album, "I attempted to break free from some of the traditional confines of Christian music, but I couldn't get away from the fact that most of my songs revolve around my relationship with Christ. He is the focus of my life, and I find it impossible to honestly record my emotions and my journey without including him. The people who truly understand my music share this same kind of relationship with God."

The project was produced by a plethora of studio talents, Ed Cash (Dave Barnes, Chris Tomlin), Chris Stevens (Toby Mac, Sanctus Real), Jeff Pardo (Josh Wilson, Denver And The Mile High Orchestra) and Steve Wilson (Josh Wilson, Leeland). Diaz also collaborated with others in the songwriting process, such Audrey Assad, Mia Fieldes, Kate York (co-writer on "More Beautiful You") and Chris Stevens. Said Jonny, "It can be challenging coming up with new ways to express themes that are important to believers. Co-writing encourages and inspires me. My own personal growth and new insights gave me fresh perspectives on old material, and co-writing added exciting and alternative ways to express what I was learning." Diaz also confronts timely issues in the Church with his writing. "These days we can become immune, and we need to be broken hearted for the poor, to feel their pain the way that Christ feels it."

Diaz was born on 30th March 1984 in Portland, Oregon. Jonny was the fourth of four brothers, all excellent sportsmen with Matt Diaz playing for baseball's Atlanta Braves. Speaking to prodigalmagazine.com Jonny said, "I came from a Christian family so I honestly have believed in Christ as my Saviour for as long as I can remember. My testimony has kind of been that journey of understanding that more and knowing what that means and learning how to live because of that more and more each year and each day, really. A big turning point for me was in college. I went to Florida State on a baseball scholarship and really had plans to play baseball and hopefully pursue that professionally. That's when God called me into music and called me to lay down my desires and lay down baseball. It was at that point in my life that I really had to decide who I was going to serve. Was I going to go according to what I wanted or was I going to give my life to God in his service?"

Jonny admitted that laying down baseball in favour of Christian music ministry wasn't easy. "It was very tough. I really wish that I could say that I obeyed God immediately when God laid that on my heart but I didn't. I wrestled with God for about six months and kind of hit a low point because God was telling me something I didn't want to hear. I was doing my best to ignore the fact that he even existed. Ultimately, I just realised through reaching that low point that the only place where I was going to find contentment and the only place where I was really going to find the joy that I was looking for was in God's plan for my life, instead of my own. I just started playing anywhere in Florida where people would let me, and I branched out from there." 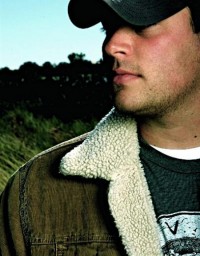 Diaz released his first independent album 'Shades Of White' in August 2003 right before he began his second year of college. His second album, 'Everyday God', was released during his fourth year of college. He collaborated with producer Mitch Dane on his third CD, 'They Need Love', and the project came out in March 2007. That album included the song "Hold Me" which got him attention when the song made the lower reaches of the Christian charts.

In 2008 after recording a Christmas EP, 'Come, Let Us Adore', with producer Andy Osenga (from Caedmon's Call), Jonny signed with major Christian label INO (today called Fair Trade Services). The resulting album 'More Beautiful You', produced and engineered by Steve Wilson, produced a huge US Christian radio hit with the title track, written by Jonny and Kate York, which resonated with church-going women across America. Said Jonny, "I wrote 'More Beautiful You' after spending time with a bunch of students in Tennessee. I got to spend a week with a bunch of high school students and we were just kind of observing them, watching these girls try so hard to fit into a mould that they were never really created to fit into. If you watch that long enough, it's something that will really start to break your heart."

Jonny continued in another interview, "I know nothing about young females - just ask my wife! But one thing I've learned is that they have this innate desire to feel beautiful, and I think as guys, we don't really understand or grasp that. There's nothing wrong with it, but the problem arises when these girls start believing the culture's definition of beauty - that you have to look a certain way, weigh a certain amount in order to be beautiful. That's just not what Scripture says at all. After spending time with my wife and spending time with student groups around the country, I've been able to see this struggle so much and I wanted to write a song that just speaks truth into the lives of these girls. I wrote 'More Beautiful You' just really to speak to groups like that, to youth groups and to camps and to things like that. I never really had any desire to put it on the radio so the fact that it actually became a number one song on the radio kind of blows my mind. God had bigger plans than I did, by far."

After his Christian radio hit, Jonny admitted that things in his life began to change. "In the past, playing concerts has very much been an introduction of my music to the group that was there. Even if I was the only one playing or if I was an opener, I was really introducing my music for the first time, but lately, I've been able to go places and it's fun to hear them singing along and know the songs, at least 'More Beautiful You'. Hopefully they'll get to know more as I keep playing and keep releasing radio songs. It's kind of been fun. It's opened doors outside of the southeast. Over the last few years I've really toured a lot in the southeast but thanks to 'More Beautiful You' and its success, I've been able to head out west and I'm going up to Canada."

Through much of 2010, with a wide range of collaborators, the singer worked on the 'Jonny Diaz' album. The first single from that set was "Beauty Of The Cross" penned by Jeff Johnson, Jason Dering and Wes Martin. Said Jonny, "That was the first song I've recorded that I haven't written. The first time I heard it, I was drawn straight to God's throne in worship. I am not a 'worship artist' but there is something special about this song and I wanted to be a part of it. The great irony and beauty here is that we're singing about one of the most awful torture devices ever conceived by man, and yet we are calling it 'beautiful'. Those of us whose lives have been changed by the sacrifice Jesus made for us at Calvary know exactly why the cross is so beautiful."

Diaz explores another paradox in "What Water Can Do", written after record floodwaters hit his hometown Nashville. Uncertain how to approach the topic, he considered how the water destroyed houses, took lives and swept away possessions, and started to think about how God uses water in some amazing ways. The song tells the story of one man, who loses everything in the flood, watches his neighbours heed a call to serve, mimicking the response of the Nashville community after the flood. It tells how the people's service impacted this man as he steps into the baptistry and accepts Christ as Saviour. Said Diaz, "Initially water brought tragedy, but God uses water to revive a community and change a man's life."

As the years have gone on Jonny has continued to stay focused on why precisely he plays music. "I love making music; it's challenging and fun, but my prayer is always: Whatever God wants me to do, that is where I want to be. It's a prayer of abandon to be used by God wherever and whenever."