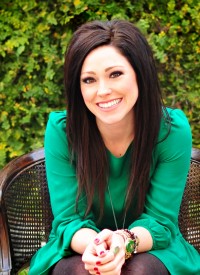 As her tens of thousands of supporters will tell you, singer/songwriter Kari Jobe has one of the most powerful worship ministries in today's Church. Her latest album, 'Majestic', recorded live at the Majestic Theater in Dallas, Texas, is already producing Christian radio hits and her ministry as a worship pastor at the renowned Gateway Church in Southlake, Texas, has kept her in the international spotlight. 'Majestic' is in fact Kari's first live album, other than an acoustic project she make earlier in her career. Kari spoke to Jesus Freak Hideout about the album.

"[The fact] that this is live is really exciting because it captures my heart for worship, how I lead worship. If you haven't been to a night of worship that I've led, you'll be able to hear this and understand. The good thing is people caught on quickly. I think that's a good sign for some of the more congregational songs that are on the project. I could tell the people came ready. They knew they had to catch on to the songs so they could help sing them on the project. It really helped. We did two nights. That was helpful too, because there was not as much pressure to capture it all perfectly the first time."

Kari spoke about one of 'Majestic''s most powerful songs, "However". "That was the first song that Brian Johnson and I had written together. We know each other, we're friends, and we said, 'Hey, we should probably write something together sometime.' Also, the track 'How Majestic' was actually sent to me by Matt Redman and Chris Tomlin. They said, 'We started this song, and we keep thinking about you. Would you want to help us finish writing it?' At first I thought, 'Let me hear it and see if it's something that I can sing,' but then I learned that it was called 'How Majestic'. I had just booked the Majestic for the recording. I was like, 'Well, God you must be up to something!' The Lord just goes before us, even in songs."

Kari Brooke Jobe was born in Waco, Texas. Jobe first began singing at the age of three, and became a Christian at the age of five. As she grew older, she attended Oral Roberts University, Christ For The Nations Institute and Dallas Baptist University and obtained her degree in pastoral studies and psychology. Kari's father Mark Jobe worked at Gateway Church in Southlake and Kari was soon travelling internationally on mission trips to lead worship. Kari began her recording career in 2003 with an independent album now usually referred to as 'Kari Jobe (Compilation Project)' and the following year released the independent album, 'Throne Room Worship: Live Acoustic Worship'. Three years later came a Christmas album, 'Bethlehem'. But it was signing with Integrity Music/Columbia Records in 2008 which was to change everything for the singer/songwriter. The 'Kari Jobe' album, produced by award-winning Ed Cash, shot to 67 on Billboard's mainstream album chart and number one on the iTunes Christian chart. She also picked up two Dove Awards.

In an interview with Chris Carpenter the singer spoke openly about how things had changed for her. "I have seen things change just as far as more doors are opening. I hate to say it but I feel like I am getting more respect. When we are living out our calling and running in the Kingdom of God it's ok if you don't get recognised because there are so many people who are not being recognised. These people are definitely living out their calling. It's kind of like one of those things that I just want younger kids and girls to know, hey, just in case you don't get recognised its ok. Keep running after what God has called you to do. It's just a neat accolade but it's not something to hang your hat on. I just want to guard my heart but I am excited all at the same time."

Kari continued, "Thankfully, I just have a lot of great friends in the music business and the ministry of this. They have told me to not hang my hat here and not to think that I have arrived. I hope that I never feel like I have arrived because there are so many things that God wants to do, especially in his Kingdom and with Christian music. Just hearing them say that has been good. It's interesting how you dream about something and you would think you would get here and think this is the best thing ever. This is one of those moments to celebrate but I definitely know there are so many dreams still in my heart. So, this is just one thing. Yes, this is exciting but there is so much more to keep dreaming about."

In the same interview Kari gave her thoughts about worship ministry. "We are emotional people. There is something about music and worship that just evokes something that is deep in our spirits. It just moves our emotions. We are emotional and God knows that. Music is just one form of worship though. Worship does not have to just be music. Worship is our lifestyle. We are worshipping by waking up in the morning and saying, 'God, I surrender my agenda today.' That is worship to the Lord because it is acknowledging that God is bigger than me. 'You are wiser, you are stronger, you are more powerful, and I want what you have. I want to follow what you have for my life.' That is worship. I love being moved by his presence."

In 2011 Kari signed with EMI CMG's Sparrow Records. Much more congregationally focussed than 'Kari Jobe', 'Where I Find You' entered the Billboard 200 at number 10. Speaking about the project Kari stated, "After singing about the importance of making time for intimate worship on my first album, I wanted to take the next step on 'Where I Find You'. These songs come from such an honest place of praising God for what he's done-and what he's continuing to do in our lives-because of his grace and goodness. Ultimately, it's about declaring who he is and enjoying the simplicity of knowing the Lord is near. He's for us, he loves us and sometimes we need to just stop, enjoy his presence and take that in." 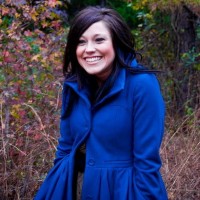 While recording the album, Kari says she was often reminded of that very truth-a theme that resonates through the lyrics of "Here", a reminder to press pause, even when our culture insists we constantly keep moving. She continued, "There were many instances when we had to stop whatever we were working on because I needed to go outside, take a walk and have my own time with God for a few minutes. Again and again, I was so overtaken by how present he was while we were recording, and it's my hope and desire that people really feel the strength and intercession that was taking place while I worked on the album."

Just as the 'Kari Jobe' album was released in a Spanish language version under the title 'Le Canto', so 'Where I Find You' received a Spanish language release, as 'Donde Te Encuentro'. Her latest album was recorded at the Majestic Theater on 20th and 21st November 2013. The first single from the project, "Forever", was released in February 2014. Kari spoke to Jesus Freak Hideout about the whole songwriting process. "I feel like I would have come to a point where it would be easier or that there would be a good method, but the best songs that I've been a part of were not over-planned. They come just out of an overflow of my heart, when I sit at the piano and just worship the Lord by myself and start singing a song and I'm not thinking, 'Oh, I'm writing a new song.' Those are the stronger songs over the years, more than anything that was forced or written quickly. 'You Are For Me', a song that I wrote eight years ago now, it took four years to write. It wasn't a song I was writing with anyone in mind. It was a song where I was sitting at the piano bawling my head off - it was a theme I needed to get. He sees me, he knows I'm in this place, he's for me. Then later I thought, 'I wonder if this is a song other people would want to sing?' It's usually best to worship the Lord with the songs first. He'll tell us if they're for other people."

I love your album kari so powerful message given out. Touching "forever" "you are not alone" inside my room early morning i found it DAT dis songs is so powerful i cry.. Thank you kari jobe big fans.. God bless your ministry..