Kenny Marks: Remembering the CCM star of the '80s and '90s 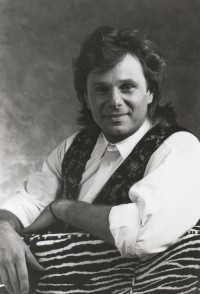 On 31st October this year, singer and songwriter Kenny Marks died of a heart attack. Kenny's name may not be known to a younger generation of Christian music lovers but he was, at his height in the '80s and '90s, a true CCM star with a string of US Christian radio hits.

An entry in Mark Allan Powell's Encyclopedia Of Contemporary Christian Music observed, "A long-time veteran of Christian music, Kenny Marks performed with Billy Graham crusades for 10 years before making his first album and then evolved into a sort of Christianised Kenny Loggins, that is, a musical chameleon capable of changing his style as new sounds came and went out of fashion. Over the years, critics would compare him to Bryan Adams, with shades of Tom Petty. Marks was on the cover of CCM magazine in August 1987 and was for a time one of Christian music's biggest pop stars. He is best remembered for helping to implement a style that he calls 'horizontal music with a vertical connection': songs that may be informed by a spiritual orientation but are not overtly about spiritual things. Such a style would eventually carry the day in contemporary Christian music, but in the early '80s, Marks' songs about human relationships were somewhat anomalous in a field dominated by songs about worshipping God, following Jesus, resisting the Devil and reading the Bible."

Marks' family came from Yugoslavia with the surname Mrakovich, but his parents changed to the name Marks three months before he was born. Growing up in Detroit, Marks studied classical piano and learned to play guitar at age 13. He graduated from Messiah College in Philadelphia in 1971. Marks began performing on-and-off for Billy Graham's Afterglow concert series as well as performing in churches and coffee houses. Finally, in 1981, he got signed to a Christian record label, though in a rather unusual way.

One of the big players in Christian music, Word/Myrrh Records, keen to expand their roster of successful artists, devised a scheme whereby six unsigned artists recorded two tracks each and the resulting tracks were released on a various artists album, 'Premiere Performance'. The plan was that purchasers of the album would then send in their vote and the winner would be signed to a full Word contract. One of the artists on the projects wasn't unknown, and it wasn't his premiere recording. But as it turned out, it wasn't Dobie Grey who walked away with the Word deal, but Kenny Marks.

Kenny's first album, 'Follow Him', was released by Myrrh in 1982. Its mediocre pop sounds didn't connect with US Christian radio, though his next album, 1983's 'Right Where You Are', did. The title track made number 12 in the US Christian charts, while Kenny's reading of Phil Madeira's "Heroes" - an ode to the unrecognised persons who work behind the scenes - also got airplay.

More albums followed: 1986's 'Attitude' for another Word label, DaySpring Records, and 1987's 'Make It Right'. The title track of the latter proved to be Marks' breakthrough hit. A catchy song suggesting that those who are looking for love need to find the source of love in God, "Make It Right" became a number one Christian radio hit. More hits were sourced from the album: "Say A Prayer For Me Tonight", a song inspired by a meeting Marks had had with someone he met for counselling after a concert who committed suicide a few days later; and "White Dress", which addressed the guilt that haunts many children who feel responsible for their parents' marital problems. 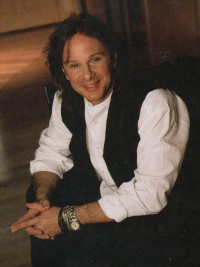 1989's 'Another Friday Night', produced by Bubba Smith, offered a fine rock single in "Nobody Else But Jesus", while by 1992, Kenny's 'Fire Of Forgiveness' album offered a more adult perspective on family orientated issues Marks had been addressing for youth. On the album, "1932" was about his father's immigration to the United States, while a duet with fellow CCM star Kim Hill "Like A Father Should Be" was a tribute to his father. By 1995, Kenny was releasing the album 'World Gone Mad' through Word Records, with the title track being chosen by evangelist/apologist Josh McDowell as the theme song to McDowell's Right From Wrong campaign. Also on the album was the touching "In My Mother's Eyes", a song based on the 25-year reunion of Marks' wife Pamela with the daughter she'd given up for adoption at the age of 16.

Throughout the '80s and into the '90s, Kenny toured with an exceptional touring band called The Remarkables, featuring superb Nashville musicians Phil Madeira (keyboard, guitar, BVs), Randy Moore (bass, BVs), Mike Radovsky (drums) and George Cocchini (guitar, BVs). Kenny and his band toured extensively across the US as well as visiting Australia, the UK, Russia, Korea and many other places. Kenny said in an interview, "Music is one of the best ways to reach people. I love the passion in rock and want to use it for good. I use this powerful art form to communicate hope to people right where they are. I want my lyrics to touch hearts. Years of tours and travels all over the world have shaped my music, but I definitely retain a Christian perspective."

Highlights of many of Kenny's live sets were the four songs Kenny penned down the years about a fictitious couple, Jeannie and Johnny. The couple were introduced to Kenny's audience on 'Right Where You Are'. "Growing Up Too Fast" was their story, as two individual kids who were dealing separately with high-speed emotions and biological impulses. In "The Party's Over" from 'Attitude', we see Jeannie and Johnny meeting at a party, then taking their passions over the limit in the back seat of Johnny's car. And suddenly, sadly, the consequences of their actions are seen in the resulting pregnancy that robs them of their carefree teenage lifestyle. So Jeannie and Johnny are married, trapped in a grown-up world with a baby they didn't mean to create. The saga continued on Kenny's album 'Another Friday Night' with the song "Next Time You See Johnny". But by now, Johnny's left Jeannie with the boy, who's old enough to hurt over Daddy's leaving, and innocent enough to hold forgiveness in his heart for Johnny.

In 1996, Kenny was dropped by his record company. The same year, he gave an interview to CCM magazine which without directly referring to the matter expressed his concern about the way in which the Christian music industry of the time had become fixated with youth. He said, "The gene pool of Christian music is too shallow. It's good that we are looking for new talent, but we must also work at deepening the pool. It may well be that true Christian artists will create their best work later in life, if we don't practice euthanasia on older artists in this genre."

Kenny's music career began to peter out. He became a host on a Home Shopping Network programme. Ever the enthusiast, he took on the job of being a late night salesman, not a far cry from the TV preachers on the next channel, but perhaps a bit more honest. He eventually moved on to other sales jobs, which he enthusiastically took on with all the optimism of a happy child. In 2007 he suffered a massive coronary and underwent quintuple bypass surgery. He said in an interview, "I needed a year and a half to rehabilitate, I had to learn to walk again and later we discovered that I was - together with another patient in Nashville - the sickest person in the city, and everyone who was sicker than us died."

Courageously, in 2015 Kenny released the single "Best That I Can", which was to be his swan song. A Celebration Of Life Service for Marks was held at The Village Chapel in Nashville on 17th November. He is survived by his children, Allegra Crowder, Sebastian Marks and Shelby Nundahl; sisters Karen Mrakovich and Kathleen German; former spouses Pam Marks-Shulman and Wendy Marks; and multiple nieces and nephews.

I have always loved his music; both "Next time you see Johnny" & "I'll be a friend to You" (I like Christian music back when it was more rock style); & Opera; & kid ministries; too). I remember those two songs when we used to have that "Fire by Nite" VHS. Beth