Krystal Meyers: A song-by-song rundown of her 'Make Some Noise' album

Rock chick-turned-pop star KRYSTAL MEYERS talks us through her latest album, due to be released in the UK on 30th September through Integrity-Provident. 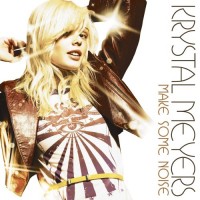 For her third album Krystal moves away somewhat from the rock chick sound of old, to a more immediate pop vibe with diverse influences ranging from hooky synth pop to dance music and as well as the more familiar guitar-driven sounds. 'Make Some Noise' was entirely written or co-written by Meyers. It was recorded in Brentwood, Tennessee at Dutchland Studio and was produced by Doubledutch (Robert Marvin and Josiah Bell), well known for their work with such acts as Matt Redman and Toby Mac.

"Make Some Noise"
I really want me and my generation to be a part of leaving a positive impact on the world, and that's what "Make Some Noise" is all about. Many people say that my generation is a dying generation; that we're hopeless and have nowhere to do, but I don't agree. I think people are more involved. We care about the environment, social justice, politics, those in need - we care about things that are making a difference in our world. We need to stand up for what we believe and for who we are. Don't let anyone ignore you. Don't be afraid to take a stand, because we were born to make some noise!

"Love It Away"
No matter where you are, no matter what's hurting, you don't have to run away from everything. God will love it away."

"Shine"
Recently I've learned that I need to strive to put my best effort into every opportunity God has given me. I need to use the talents and opportunities that God has given me, to the fullest extent possible. The line from the song that says "nobody's going to get in the way of my shine" definitely sums up what this song is about. I'm blessed to be on this exciting journey and I'm not going to let anything get in the way of my shine.

"S.O.S."
A song about crying out to the Lord and knowing that being in a world that seems so hopeless sometimes, that God is our hope! He is the only one who can Save Our Souls. He is S.O.S. 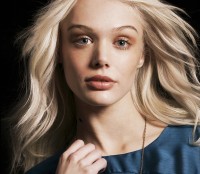 "My Freedom"
I went through a time where I felt spiritually dry and I needed the Lord to open up the floodgates on my soul and free me from the deserted state I was in. There is nothing like experiencing his freedom. It's such a beautiful and intimate thing and I wanted to express that in this song.

"Beautiful Tonight"
This is a song about being human and learning that even when we go through winter seasons, where sin overwhelms us and we go into a dark time, that the Lord still loves us and he still sees us as his beautiful children.

"Up To You"
This song was inspired by a close friend of mine who was going through a divorce. It shows vulnerability and bitterness and talks about loving someone even when they make a choice that hurts and you don't agree with.

"Your Hands"
I wrote this song about waiting for an answer from the Lord, but sometimes silence says it all. It's about letting go and letting God! It's about putting everything in his hands and even though we don't understand everything that happens, sometimes we just have to trust him and trust that our lives and situations are in his control.