LaToria: The Dallas-based rapper telling us to "get loose!" 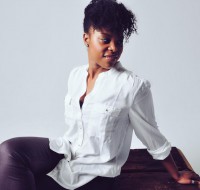 LaToria Wilson is, in her own words, "one of the few active Christian female rappers." This talented emcee from Dallas, Texas, has made a good start in her ministry. Despite being a free download album, her debut 'The Long Walk Vol 1' is so strong that three songs have been chosen for the Cross Rhythms playlist, "Watts", "Constant" and "Loose (Remix)". As she was making a surprise visit to the UK Cross Rhythms grabbed the opportunity to talk to this talented wordsmith. We began by asking her how she got started in music. "I've been a lover of music my entire life. I grew up with it all around me. I was exposed to all different kinds of music but I grew to have a particular love for hip-hop early, I would say probably around elementary school age. I kept going to school, growing up, living life and it wasn't until the back end of my time in college that I got serious about pursuing being an artist. So, it's been about 10 years now actually that I've been working at it and trying to hone my craft and learn the business side of things and just growing in my art."

It was an encounter with a producer, Lin, who was instrumental in developing LaToria's hip-hop craft. "He kind of took me under his wing when I first got started and he showed me structure for writing songs and techniques with performances and then we would just go out to open mics and practise those things. Shortly after that I started getting booked for local shows and taking things one step at a time. I went through a few different programmes that give you some artist development training. My degree was actually in broadcast management. So I was able to pull some of those elements into the art form as well and kind of make it my own. I think that's a continual process. I don't think any artist really arrives. They keep growing and evolving. God has been gracious to open doors and allow me to continue to go forward."

I asked LaToria what it was that kept her rapping. "I make music because my heart and my conviction is to be a positive female presence within the hip-hop culture and within urban music culture and within Christian culture. Obviously, being a woman, my heart is for the next generation of women and just wanting to join those other women that have made a decision to be something for them to look to, that they can model themselves on; that says 'this is a woman of faith, she is comfortable in who she is, she is not compromising anything, she's walking out her faith and she's displaying that so that I can see what that looks like for me in my culture and in my context'. So ultimately, that's my goal. Even beyond music some of my favourite things to do is lead Bible studies or do a talk at a girls' conference, something along those lines. I thoroughly enjoy those opportunities as well because it gives me a chance to pour into and plant seeds into the next generation of women."

LaToria's first release was an album with only a local distribution around Texas. But then in 2011 she released the EP 'Ao1' which received some national, and even international, attention. LaToria spoke about her growing pains as one of the countless thousands of independent artists. She admitted, "I was super nervous just to see how 'Ao1' would be received. I had to handle each part of the process. And with hindsight it was a really good exercise for me because now I am very knowledgeable of what it takes to put out a project. A lot of things I learned that I won't do the next time and I didn't do with my album 'The Long Walk'. 'Ao1' it stands for audience of one." 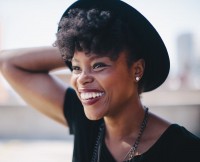 In 2014 LaToria released her full-length debut 'The Long Walk Vol 1'. It featured a bevy of guests including Sean C Johnson, TJ Pompeo, Halie Arreaga, Juke and Yung Rick. It was the track "Loose (Remix)" which first got the attention of Cross Rhythms Radio. LaToria said, "'Loose' is just my charge, my encouragement to believers to focus and home in on what God thinks about you and not to get so caught up in what man thinks about you, what your peers think about you because the reality is we're going to face persecution to some degree in this world as a believer, whether it's physical harm or just socially where people think that you're weird or awkward because of the faith you proclaim. But that song is just some encouragement to stay free, or loose from those things. It was something I wanted to put out there that was high energy, that was feel good, that you could dance to. It kind of has a play on words in that I think we can sometimes be restricted in how we praise God. I'm a praiser by nature, I love to dance, I love to turn up, I love to go in and my prayer was that song and the realities in that song would provoke the person to really - you know, if they want to dance, let's go for it! Get loose!"

I asked about a line on "Loose" which says "You'd understand if you'd know what he'd brought me through." She responded, "Growing up I think my first exposure to a female hip-hop artist was Queen Latifah and I was a little kid. The first time I saw her was on MTV and it clicked in my entire being that that is what I want to do with my life. But I didn't see any examples of that from a Christian perspective so I kind of put that dream and that idea on the back burner and pursued athletics instead. I played basketball the majority of my life, elementary, half way through college. It was my identity; it was what I found myself in. I was a ball player first and Jesus was kind of in the back seat somewhere. As I got older I found myself in a super compromising and backslidden state, doing a lot of clubbing, in and out of unhealthy relationships, just not living my life with the purpose that was intended for me to be living in. It was when I met that producer Lin, the Lord used him not only to help mould me as a new artist but also to disciple me. And as a result of that relationship with him I rededicated my life to the Lord, got plugged in to my local church and my young adult ministry started growing.

"I wholeheartedly believe that the Lord has given me a conviction to make music that I can do in churches but I can also do in a club or a bar. I want to make music that is relatable to all people. And that is what 'The Long Walk' is about. It's about making music for the saints, for believers to live life to. But if you're not a believer and you just want to hear some real authentic lyrics about life that is what hip-hop is really about. It's just telling your story, connecting with people and so for the unbeliever I want them to see like hey, this is what my life as a Christian is like so they can see it's not so different from their life. I just have hope in Jesus. I am just as sinful in certain areas as you are, I have shortcomings, I have fears, I have doubts, I have frustrations, I have all the same emotions and challenges and struggles that you do. I just have hope in Jesus. And the hope is that they would see that and it would become attractive to them and they would want to seek out their own relationship. So, in a nutshell, that's my conviction - to always reflect on where I used to be and celebrate where God is bringing me. And push forward into where he is taking me."

For more on LaToria visit the LaToria artist profile