Lara Martin: The "grit" of life producing a Pearl of creativity 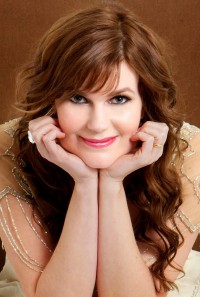 God has done some startling things in the life of singer/songwriter Lara Martin. Starting out as the receptionist at Bradford's Abundant Life Church she rose to become one of Britain's best loved worship leaders and Abundant Life albums like 'God Is Here' and 'Divine Exchange' were major Christian music sellers. Then in 2009 Lara and her husband and young son sold all their possessions and moved to Romania to join the work of a charity that alleviates extreme poverty. Now back in the UK Lara is the worship director at Elim Church, Northampton. Lara's new album 'Pearl', released through Joining The Dots, isn't a congregational worship project however. 'Pearl' is, in the singer's own words, "a semi-biographical collection of songs journaling the past seven years." The singer/songwriter spoke about 'Pearl'.

"These songs were never written for an album, they were songs written out of life experiences and situations I was facing at the time. A number of these songs I have performed at conferences and special events only to find that people were disappointed when they tried to find recordings of them after the event. It became more difficult the more events I did so one day whilst songwriting with Chris Eaton we casually chatted about the possibility of me recording an album. Immediately Chris said he'd love to produce it. That was on a Friday afternoon and we started the following Monday! I have to say 'Pearl' has been the most enjoyable album I've recorded to date, partly because it's my first independent release and secondly because Chris Eaton produced it. He was fantastic to work with and brought out the best in me. He was a breath of fresh air to work with and we shared lots of laughter along the way. The timing of its release is to mark my 40th birthday. I wanted to do something significant for the occasion so 'Pearl' is the result of that."

Lara continued, "In life we all go through seasons of joy, sadness, advance, delay, disappointment, elation and so on. Just like a pearl which is created by the oyster through irritation and years of process, these songs have been born in the same way. These songs take a semi-biographical look at my life and sing of valuable lessons I've learned during times of transition and the highs and lows of life. The greatest lesson of all being that worshipping your way through every season and engaging in true intimacy with God is a key to inner tranquillity. When you are at peace with God, you are at peace with yourself and the world around you. God is always 'sovereign' and his ways and his timings are perfect. Collectively I see these songs like a string of pearls, each one containing a small piece of wisdom. Life is never smooth and we all have 'grit' to deal with but could it just be that the irritations we face are the very things God will use to cause greatness to emerge."

One of the most powerful songs on 'Pearl' is "Between Trapezes". Said Lara, "Following my departure from Bradford and the comfortable lifestyle I had grown accustomed to, a new adventure began but it meant I had to leap into the big unknown! For a while I had been teaching students about the Flying Trapeze and the thrill of 'letting go'. Here I was ready to put this to the test by leaving my job, church, home, friends and possessions and move to a foreign country to work as a volunteer for a charity! The words in this song speak for themselves. You can't hold two trapeze bars at the same time. . . you have to let go of one in order to take hold of the other and there is a huge void in between called 'transition'. It's only in this gap that you really learn to fly and you defy gravity as you are suspended in mid-air. How long it takes before you make contact with the next 'bar' or 'catcher' is all down to split second timing and God is a master at that! There is so much more I could say about this but this story could turn into a book all of its own!" 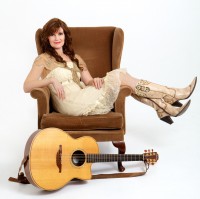 Another song which owes its origins to Lara's experiences in Romania, though this time from her first visit in 2006, is "The Forgotten Ones". Lara spoke candidly about that life-changing visit. "I call it the trip that ruined my life in a good way. Seeing the way the street children worshipped God is something I will never forget. Seeing extreme poverty and orphaned children in State institutions was harrowing and shook me out of my comfortable Christian living! I can still see their faces now. I proudly endorse a charity called Stella's Voice (www.stellasvoice.org) in Moldova which is next to Romania. All the profits of this song go straight to them so that they can further the good work they do in rescuing orphaned children from the hands of sex traffickers. Like the words of this song say, 'Everyone can do something to change a life and make it better.'"

Another outstanding song on 'Pearl' wasn't even written when Lara began recording the project. She said, "'Soothe' was written following a miscarriage and loss of a baby girl I experienced whilst working on this album. It's pretty raw and honest. I didn't realise at the time what a vehicle of healing it would become to so many women who have experienced the loss of a child during pregnancy. This song has now been adopted by a national organisation called Saying Goodbye (in partnership with the Miscarriage Association) who are holding the UK's first national 'remembrance' services in cathedrals later this year. I have been asked to perform this song at the services in order that grieving families are soothed in some small way. St Paul's Cathedral in London and York Minister are two of the six locations planned."

Lara will be undertaking a Pearl tour of the UK in the autumn when as well as singing the songs she will be sharing some of the stories behind them. She concluded by commenting, "It never ceases to amaze me what God can do with a song. I call them my loaves and my fish. Once blessed by God, he can use them as a means of feeding hungry souls. To the writer the song can be just a crumb, but to the listener it can be a loaf."

I first heard her album last year and fell in love with both "God is here" and "Voice of hope".
Today as I watched the video clip of the song Voice of hope, I cried. This it is because I believe it si spaeking to the situation we find ourselves with all the sensleess killings, and the most recent in Paris.
Though it looks like there is no end, God is still in charge and there is hope for a world where love rules over hate!

I heard one of Lara Martin's songs in Hope TV, a kenyan gospel TV station.This was in sometimes in March 2015.The song Divine Exchange seemed to be communicating direct to me....especially the verse that says" I reach to you the one who makes the blind eyes see, who breaks the chains of sickness with authority, restoring of what was broken, so it may fly again".for as i worship you, you lead to that place, to that place of divine exchange". I then searched for other songs in the internet and I must say she is a voice that God uses to communicate to His people. He songs are not just lyrics but powerful..all of them lead me to that place of divine exchange. I play the song "The voice of Hope and even shared it with a friend in Washington, DC. Thank you Lara. God bless you.

i actually haven't listened to pearl but there's one song by lara that touched my heart'how loved am i'.It was at a time when i had just received the Lord as i listened to it and this far it still soothes and reassures me,his promises are truly eternal,he lives to fulfill them to the glory of his holy name,the LORD be blessed.

The more I listen to this album the more I get from it. It keeps on producing fresh inspiration. It's nice to have a worship album that goes beyond the congregational and into the personal and devotional. Thanks Lara!!

I am amazed at the goodness of our Lord..... from a shy girl not beleiving she had the gift to sing to the Nations..... you have Blessed me my friend.. and i say friend even though we have not met.... I listen to your songs while living and going through sickness... not me personally... but me little girl Emily & my Husdand Gary.. now got to be with the Lord... divine exchange....Thank you for your courage in taken that step of faith... & i would like to thank Paul your Pastor at that time for beleiving in you....

It is really inspiring to hear the stories behind some of the songs on this album. I am a huge fan of Lara- both her voice and the beautiful woman behind the voice :-) I love this latest album 'Pearl' and know that it will take many listeners on a journey whose destination will be a closer intimacy with our Heavenly Father who adores us. I highly recommend 'Pearl'.

Great article on a fabulous album. 'Soothe' is a powerful track

I have listened to Pearl and felt the healing and restoration that God has poured on Lara. I am absolutely thrilled to read that Lara's worship is going to be used mightily to reach out to others. I was very interested to learn from this article about Lara's journey with her family. Thank you.