Laura Hackett: The Kansas City IHOP worship leader with a much praised album 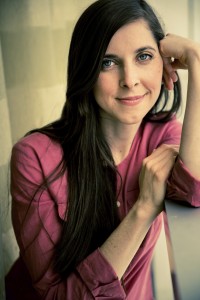 When a producer of the calibre of Brown Bannister (Amy Grant, Steven Curtis Chapman, CeCe Winans, Third Day) goes out on a limb to rave about a singer the music world is bound to listen. Bannister recently produced 'Love Will Have Its Day', the second album by singer, songwriter and worship leader Laura Hackett, enthusing, "I have had the privilege of working with one of the best kept secrets in Christian music. I've found Laura to be a delight - and not just an amazing talent, but also an amazing person. She is just one of those pure souls - pure artists - who is so vertical and given over to the Lord. She has a special gifting as a woman of God and a special role in Kingdom work. I am truly excited to introduce Laura to you."

As it turns out, quite a few people have already had the introduction. Her self-titled debut album received enthusiastic reviews while Laura's song and live recording of "The Love Inside" was featured on 'Onething Live: Sing Your Praises' which was nominated for a 2014 Special Event Album Of The Year Dove Award. The Onething Conference is held each year in December at the International House Of Prayer in Kansas City where Laura serves as one of the worship leaders. Her first album was released in the autumn of 2009. I began our talk by asking Laura why there was such a gap between albums. "Mostly finances," she responded. "I work at International House Of Prayer; we raised support. I wanted to do it well and not just throw another album together. I had a couple of opportunities; I just didn't feel good about them; I wanted to wait until it could be done really well."

Did Laura feel that 'Love Will Have Its Day' was a step up from 'Laura Hackett'? "Definitely a step up - in production, sound, mixing. Also, we took such a different take. The first album, I think I was nervous about producing my songs, so I wanted to leave them how they were. Mostly I learned a lot on the first album. Listening to this one was like, 'Yeah, okay! This is what it's like to really pore over and produce songs'. I had a really amazing opportunity to record it with an amazing producer, Brown Bannister, and another guy, Ben Shive. The most affordable way, once we all got together, was for me to head out to Nashville and for them to use their connections with guys there to play on the album. I was a little nervous about that at first because I've played for years with some amazing musicians here in Kansas City."

Was it easy or hard to replicate in the studio the sense of worship that she can get when actually leading worship? She responded, "I've done a lot of studio projects - smaller ones where I do a song here and there - so I've had enough experience to know the joys and the pitfalls of studio stuff. These songs aren't necessarily the songs I play in my corporate worship times, but they're the songs that carry my heart with the Lord, about people I love. Some of them I worked on for a few years and really tried to craft, so it was easy for me to be connected to the songs - even in the studio. And it's really the atmosphere that Brown and Ben set whenever we would record: they're awesome men of God, and also amazing creative musicians that really pulled from people that would be around, in a happy way that honoured the Lord. It actually was a really wonderful experience." 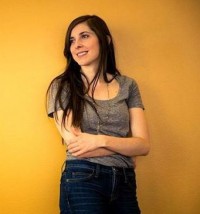 I asked Laura what was her favourite song on the album? "Great question. The one off the top of my head right now is 'We've Got Something Going On'; that's because I'm getting married in three weeks and that song is me singing to my fiancÃ©, saying, 'Let's keep going: we can do this'. In every relationship you hit those rough moments where you're like, 'Can we keep going? Can we do this?' That song came out of this wanting to keep growing in love together. It's kinda quirky."

Another standout on 'Love Will Have Its Day' is "Beautiful Heart". Explained Laura, "I wrote that one for a friend of mine who had a vocal injury - couldn't sing for a while, and was feeling the attack of the enemy against worshippers. He always wants to silence the worshippers, whether it be through jealousy, comparison, sickness, there's always that battle to keep lifting your voice before the Lord. That song came inspired for my friend, but also out of that place of wanting to press through and lift your voice before the Lord, because it matters - the gift of sound, the authority he's given us in our voices and our words. I love that song, and I love the way we produced it: I think it's so musically engaging, it makes twists and turns you're not expecting. All these songs are so connected to my heart right now: I sing these songs to myself, and I have for a couple years now.

"It's hard to pick, but I think 'The Love Inside' is my other favourite one. I love the intro we did into it - 'The fear of the Lord is my treasure'. I really wanted to start off the message of the album saying, 'What the Lord says about me when he sees me is the most important thing in my life'. It's kind of the theme of my life right now that I'm really wanting to focus in on, the plumb-line in my life. 'God, it's what you say. Other people, they love me, they hate me - it's what you say that defines my life.' And have that flow into the heavenly theme of the love inside; I wrote that song after hearing a couple of people's testimonies of going to Heaven. They both had a real similar testimony: they were in Heaven, and all they could focus on was the shining, brilliant, resurrected Lord Jesus. All this activity was happening around them - living creatures and angels - but all they could see was him. When they would look at him, the light would wash over them like waves with love and acceptance and joy and peace. I was so moved by these testimonies that I went and wrote that song. So every time I hear it I feel that excitement of seeing the Lord resurrected in Heaven someday - to imagine that he's smiling at me and shining and loving me, that light washing over me. It takes my heart to a place of encounter."

Recent times have brought major difficulties to the International House Of Prayer. A highly publicised murder trial revolving around an IHOP home group is shortly to begin and an article in Rolling Stone magazine attempted to portray the whole IHOP movement as some kind of strange brainwashing cult. I asked Laura what she thought when she read the Rolling Stone piece. She responded, "I actually have not read it all the way through. I started to read it, and in this season it was just like, 'What?' I think that, personally, I don't understand. I'm not on the outside, but I don't get why people get so frustrated against House Of Prayer: we're just worshipping Jesus. We're just loving Jesus, trying to love people. We're totally blowing it - we're weak men and women - but so is everyone. You don't go to a ministry where they don't make mistakes. I guess I don't have tons of thoughts about what other people are saying. It's been hurtful; it's hard not to take it personally. That's actually what the Lord's been speaking to me about, and why I wanted to start the album saying it's the fear of the Lord that's my treasure; his eyes are looking on me, and he's smiling and he's proud of me - not because of my own works, but because I'm in Christ. That makes all the difference: it fills up the lack when someone decides to judge you even when they don't know you."

I wondered if a lot of people left IHOP as a result of the negative publicity? Laura commented, "I don't know. Different people leave IHOP for different reasons. We're pretty open-handed in that way; that's where it's totally not a cult: anyone who feels like they want to move on, it's like, 'Go! Bless you!'"

What does Laura feel God is leading her into? "I feel like the season in the Earth is already changing: it's the season of music and singing. You don't even have to love the Lord to recognise it. More people on the planet can play instruments and sing than ever before. It's because of YouTube. The access to music like we've never had in all of history is just crazy - anyone can get a garage band and make up a song, and that spurs more creativity. I feel like there's a shift that's happened: music is for every man becoming a part of people's lives in a way like never before. I feel like it's the Lord's heart to begin to shift [control] from the one and the two idols that master it all to every person beginning to lift their voice. I think that it's a key part of our Christian walk to lift up our sound: the gift of our sound is a powerful tool we have in our walk. When we confess with our mouth, it has authority in the spirit realm, it has authority over our own hearts. So when we proclaim truth with music, it exponentially grows in power because music has given us this medium to touch our hearts and emotions in a way that nothing else can. I just feel like my passion is to declare that message, and I want to let people know that God wants to hear their voices; I want to teach people how to sing the Word and connect with him in song, talk to him, and learn how to hear his voice through music and in the Bible and praying. It's changed my life. I've gotten this privilege of doing this 10, 12 years. I don't know how I would've made it through different seasons of my life - pain, struggle - without being able to run to the Lord and sing the words to him and really hear his voice and encounter him."

I have gone through your blog "Laura Hackett: The Kansas City IHOP worship leader with a much praised album" this is such a good topic. I really enjoyed a lot and the blog is really very interesting.

Thanks for this blog.