The day-and-night prayer initiative 24-7, birthed from a fellowship in Chichester, is spreading like wildfire across Britain's churches. Kelly Smith reports on this unexpected youth revolution. 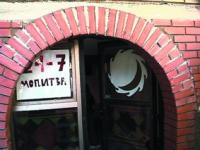 Internet chat rooms, celebrity status and mind-numbing television are central to youth culture in modern society. For all our formidable technological advances and scientific research into better ways of living the sector of our society defined as teenagers is becoming more and more cocooned in a mass of virtual reality. Right from the earliest years of childhood the importance of computer games, "real life" telly and a "do what makes you happy" attitude becomes stamped on minds. Graffiti and skateboarding, shopping and mobile phones, on-line communication and designer labels have somehow shaped our everyday lives. Isolated inside a membrane of technological wizardry and unsteady beings dubbed as "role models" it could seem from the outside that our world is speedily spiraling downwards into TV and Internet doomsday.

Out from this picture of youth decline emerged 24-7. Birthed "by accident" in September 1999 as a group of young people from Revelation Church in Chichester hastened after the notion of praying non-stop for a whole month. The outcome far outweighed the original idea as the prayers continued into the Christmas period and eventually mission teams were formed as well. Teams Director Ian Nicholson says, "There are well over 1000 Prayer Rooms in 40 different nations right now. Prayer is right at the DNA of our mission and is inspired by the Moravians who prayed 24-7 and heard calls to go to Greenland, Canada, Africa and the slaves in the Caribbean." And it hasn't stopped yet!

Considering the reputation that goes with being a teenager we might well wonder how on earth a prayer movement could make a difference in today's rising tower of diverse opinions which are all accepted. Conversely this group of young people who initiated 24-7 must indeed be geeks cut-off from the real world.

This is not the case however. 24-7 has taken onboard the potential of websites and TV sets as tools to be used in service to God and have created a unique worldwide prayer chain on the Net and Boiler Rooms which are houses of continual prayer and have also created a TV documentary titled God Bless Ibiza. 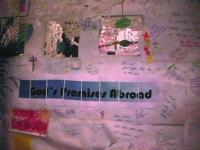 24-7 believes that prayer and mission are in close correlation and holds high their dream of changing the tide of youth culture back to Jesus. Not for those with praying finesse 24-7 has proved more than successful at giving people worldwide the impetus to kneel and pray like they never have before. Prayer Rooms invite everyone into a community of like-minded people who are persistently praying and taking action to change the world as we know it.

Recognising the creative nature of teenagers Prayer Rooms encourage youths to contribute artwork, poetry and graffiti that will stimulate and direct prayer as the baton is passed on from each group participating to the next. Focusing mainly on young people, 24-7 foresees an army of young people bringing the Gospel from where the cries beckon, that is the farthest corners of our planet. They believe when we cry out to God, he hears and breaks down barriers and raises up new possibilities.

Stemming from the original concept of 24-7 are the worldwide missions teams. Says 24-7 Teams Director Ian Nicholson, "The mission teams are getting movement into our prayer, we are very aware that unless 24-7 prayer connects us with the real world it can become a fad. It is important that we do not become isolated from the rest of the world, if prayer is authentic it will be mobilised and is at its best when partnered with sacrificial service. This has involved taking teams to Delhi, St Petersburg, Ibiza, Ayia Napa, Belgrade, Seville and Amsterdam. Next week we go to Skopje in the Balkans and then early next year there is one to New York at Easter. Future plans include Latin America, Asia and long term openings in Europe."

Continuing to talk about the mission teams Ian says, "Really we begun to mobilise teams of young people. There are three aspects. Firstly, what we call Youth High Places, that is going into locations that are important in youth culture, for example, Love Parades, rock festivals and club capitals. Secondly, places making inroads into youth culture with mission cells, church plants and the Boiler Rooms. Thirdly, where we sense that a period of non-stop prayer will help break through in a key situation." 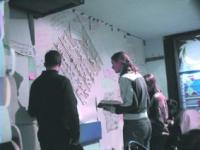 In 2001 Carla Trundle was on a mission team to the island of club culture notoriety Ibiza where God Bless Ibiza was filmed. "The documentary was commissioned by Channel Four and was produced by Jez and Esther Higham from Cornerstone. They basically followed us for two and a half months and produced a one hour documentary, which will be aired in spring. It kind of charts the summer, what we did and who we are."

Eager to share more Carla goes on: "Seven of us were there for two and a half months and teams of 20 people came out for two weeks at a time, all in all there were four teams. Ibiza is a very nocturnal society, especially in San Antonio and the West End which is solid bars and is basically 90% British people getting lagered up. We had guys deejay in CafÃ© Mambo; there were teams on the streets chatting to clubbers; there was a 24-hour prayer room so the whole mission was surrounded in prayer. The local government gave us some National Park beaches and we cleaned them up which is really important ecologically. They were disgusting but people thought it was really cool we were doing it. We are all from some kind of clubbing background so we went to enjoy ourselves mainly and we did."

Music is a natural source for spurring on people to pray. Andy Stehrenberger, Trading Manager at 24-7, realises the relevance of contemporary Christian music in the prayer rooms and anticipates the newest 24-7 release. "Well, I can't say too much about the '24-7 Rock' CD because it's not quite ready yet. About seven tracks have been agreed so far but we're now turning our attention towards some overseas bands - partly because we're an international organisation and want to reflect that, but also because there's some exciting stuff out there if you do some digging. Whatever we produce will get heard by hundreds of thousands on their knees in 24-7 prayer rooms around the world, so it's got to be something we're happy with."

Revealing more he says, "It'll be a mix of some of the usual suspects - big-name Christian bands - and some interesting lesser-known stuff. We haven't had anyone say no to us because most artists appreciate that having a track appear on a 24-7 album supports a good cause whilst getting them loads of positive exposure - a pretty good trade off really. We did look at trying to get some mainstream rock names (U2, Athlete, even Alice Cooper got a mention!) but after a few phone calls we got the impression it would have taken several years of arm-twisting. Anyway, so long as the music helps people pray I'm not too bothered if the artists are well known. People seem to love 24-7 so much that most will buy '24-7 Rock' whether or not they recognise artist names. A lot of '24-7 Rock' submissions were more 'worship' than 'rock', so maybe we'll do a '24-7 Worship' album some time soon." 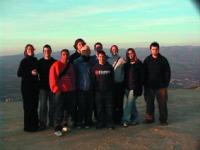 One thing Andy is keen to mention is the advantages of the World Wide Web. "The download revolution is perfect for 24-7, resourcing and selling to prayer rooms all around the world and no packing and postage. One new development is that all the bands signing up for the album so far have also agreed to let us sell those tracks as MP3s from our website at www.24-7prayer.com, so that'll be launched soon.

Please pray very strong for me. I need to hear God's voice in this matter. I need confirmation that he has a mate for me. I'm 45 now. I would like someone to share my life with now. In jesus name amen.

I have given an interview on 1st july 2010 and they told that they would call me and let me know the result . As they were impressed during the interview by god grace i need to get a job in the same place..pls pray for me that they need to call me todayand tell me im selected.

Can you, please, fervently pray
For URGENT DIVINE INTERVENTION FOR COMPLETE RECONCILIATION with my loved one SHULE
That SHULE DOES NOT GET INVOLVED INTO ANY NEW RELATIONSHIP, but THAT WE START AGAIN, SPEND CHRISTMAS AND NEW YEAR TOGETHER and officially get married!
Thank you very much. God bless you. I pray for you. Praise the Lord for He hear prayers and answer on it.
Kaca from Belgrade in Serbia

Wonderful news in this article. How can my blog help out? We will start by quoting you right now.

To Renee: Email them and/or visit a church and talk to the team inside.

I need help in getting rid of a bad spirit. Can you help me?