Revival In The Glen 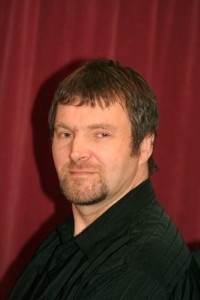 Christians have long been fascinated with the subject of revival and there are many books chronicling the amazing visitations of God in Wales, Africa and numerous other places. But until now there hasn't been a book seeking to chronicle in detail the many sovereign works of God that over the years have occurred in Scotland. The publication by Christian Focus of Glory In The Glen: A History Of Evangelical Revivals In Scotland 1880-1940 by Tom Lennie brings into focus a vital chunk of church history that has been largely forgotten or unchronicled until now. The author isn't some dry academic but a young Orkney-born man, now living in Edinburgh, who has had a long term battle with chronic fatigue syndrome but has persevered to research and write a gem of church history.

I asked Tom why he'd undertook such an epic task as writing Glory In The Glen. He responded, "I've been fascinated with evangelical revivals ever since I first began to read and hear about them shortly after becoming a Christian. Dramatic revivals like the Welsh revival of 1904-5 and the Hebrides movement of 1949-53 absolutely fascinated me, not least given the comparative proximation of Lewis to Orkney where I lived. The sense of excitement engendered by revivals, the many stories of dramatic conversions, often of men and women who just days previously had been ardent atheists, the wonderful answers to prayer and the unusual phenomena that were often accompanying features - all these factors absorbed my attention. But what gripped me most on reading these accounts was the nearness of the Divine - the almost palpable sense of the presence of God that many people - even the non-religious - felt. This was no faraway Being, but a truly imminent God, who was moving through earthly communities, profoundly touching people's lives. Evidences of his presence were everywhere. It was that reality that gripped me most, and still does, when I hear accounts of revival."

As Tom's research began he became aware that there had been quite a few localised revivals that had seldom, if ever, been documented. Tom remembered, "An American author and revival historian stated in one of his books that he hoped someone would conduct a history of Scottish revivals occurring in the 20th century. I felt an urge to rise to the challenge, and to explore, not just the 20th century movements, but also revivals of earlier periods."

Different sections of the Church have different definitions of what constitutes a genuine revival. How did Lennie define the phenomenon? "The term 'revival' as used in my book signifies a seemingly spontaneous regional experience of spiritual quickening and widespread conversions. This is very distinct from forms of 'revivalism' which have been extremely common throughout the 20th century, ie, a series of special evangelistic meetings, or even a mass crusade, even though these may have been very successful. Revival is an extraordinary movement of the Holy Spirit, something that is 'prayed down' rather than 'worked up'. Revivalism, on the other hand, is initiated, encouraged and prolonged by the methodology of man. The distinction isn't always clear-cut, but there's an extremely important difference and we must never settle for emotion-based revivalism." 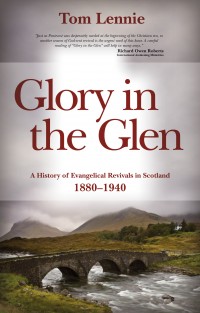 I asked this passionate documenter of revival to tell me a little about some of the revivals chronicled in his tome. "Most believers in Britain know something about the dramatic revival which occurred in the Scottish Hebrides in the mid-20th century under the ministry of Duncan Campbell - it's well documented. But how many folk realise that just 12 years prior to this, there was what many people consider to have been an even MORE powerful revival on the very same island, spreading through many parishes. Known as the 'Laymen's Revival' because of the lack of direct ministerial leading, this was a fascinating movement, which kinda got forgotten about a) because attention turned to the 2nd World War, which virtually brought the movement to a close, and b) there was no leading evangelist like Campbell a decade later, to spread reports of it all over the land. I have sought to include a fairly comprehensive account of that forgotten revival as it spread out from Carloway parish in 1934, right through to 1939.

"Or how about a deep evangelical awakening in a secular university? Such occurred at Edinburgh University from 1884 till early the following decade, when scores of students, chiefly from Arts and Medicine (note, not Theology!) were soundly converted, and teams of student-evangelists poured out into towns and villages all over the country to share the gospel message. Or how about an intense burst of revival that came to the north-east fishing village of Findochty in 1893, that so affected the community that for a time all fishing in the village was abandoned, and the only topic of conversation was salvation. The local baker became deeply worried, because so concerned were the people for spiritual bread that very little earthly food was eaten at the height of the movement. All these movements, and loads more, are recorded in detail in Glory In The Glen."

I asked Tom what his studies in revival history have taught him. He replied, "Several things. One is that genuine revivals, admittedly of a local nature, have been far more common in Scotland than has been previously assumed. They were reasonably common in one part of the nation or another right up to the mid-1920s, and in the likes of Lewis, they continued to be prominent throughout the 1930s, late '40s and '50s, and were still to appear even in the 1970s and early '80s. Another thing I've learned is that revivals don't just appear out of nowhere. They sometimes appear to come suddenly and unexpectedly, but usually there are natural and spiritual factors which facilitate their appearance. For example, history clearly reveals that they are more likely to occur during times of great material need than in times of plenty. They tend to occur more in times of uncertainty and change rather than times of stability and ease. A further lesson I've learned is that we do no good trying desperately to work up a revival. What we need to do more than anything is lay our lives down - that's the message of revival - laying our lives down and allowing God to use us in the way he pleases."

And did Tom think that a new revival was going to occur in Scotland any time soon? "There's been scores of unfulfilled prophesies over the past 30 years of an imminent revival in our land; with many people even - wrongly - specifying the year or decade it would occur (but didn't). Thankfully, some believers have shown more discernment and have foretold that there will be no national awakening in Britain until God humbles his people - until we become far more dependent upon him. That process, I believe, is happening now. God is refining his people. Up to now, the Church hasn't been ready for a revival. I certainly do believe revival is coming to Britain (including Scotland). I just don't think it's as immediately 'round the corner' as we're led to believe."