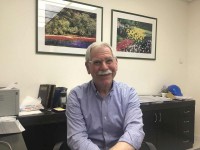 Paul: What is Yad Sarah?

Philip: Yad Sarah is a social entrepreneurial charity organization that provides a wide range of professional home care support services to people of all ages who are ill, disabled, homebound, or isolated. Our main goal is to enable everyone to recover at home in familiar surroundings.

Paul: When were did it start and why?

Philip: The organization was founded 45 years ago by Rabbi Uri Lupolianski and his wife, Michal, in their modest home in Jerusalem. He began by lending respiratory equipment (inhalators) to children, and later, with the help of the late Prof. Kalman Mann, the services were expanded in order to meet the increasing need.

Paul: Is the organization run by dedicated volunteers?

Philip: The service is provided through a network of more than 7,000 volunteers spread over 120 branches throughout Israel, and provides solutions for every person, regardless of religion, race or gender.

Paul: How many people receive help from you annually?

Philip: According to a survey conducted by the Geocartographia Institute, to date 80% of the entire Israeli population have been helped by Yad Sarah. Yad Sarah assists more than 750,000 Israelis annually.

Paul: Do you look after Holocaust survivors?

Philip: Yad Sarah has a special department that provides for the welfare of Holocaust survivors, offering a wide range of services and providing a dedicated medical and emotional response to this population. The service includes dental care for those who are homebound provided by a mobile dental unit, relief of loneliness through visits and phone calls, medication subsidies for chronic patients, and many other services.

Paul: Tell us about your play centre for children with special needs?

Philip: The play centre is a unique service that provides an opportunity for supervised family play that helps children with special needs develop and grow. The experience, accompanied and guided by professionals, helps improve family relationships as well. A variety of activities and games are tailored to the needs of new-borns to age 10. Note: Due to the Corona limitations, the centre is closed.

Paul: Where would people be without the help and support of Yad Sarah?

Philip: First, it is hard to imagine life in Israel without Yad Sarah. It can be stated with certainty that the burden on the hospitals would have been significantly greater, especially during busy times. Anything less than optimal treatment costs lives. Recently, Prof. Ofer Marin, Director of Shaare Zedek Medical Center, visited Yad Sarah, noting that without Yad Sarah's activity during the epidemic, hospitals would have reached full capacity much earlier, which would have cost many Israeli lives. 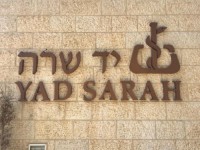 Paul: How has the organization run during Covid?

Philip: Throughout the year of the Corona epidemic, Yad Sarah was fully active and stood at the forefront of the struggle. At the beginning of the pandemic, Yad Sarah was the only organization that managed to import thousands of oxygen generators and respirators from abroad and deliver them to more than 28,000 Israelis so they could remain at home. The oxygen generators and respirators, along with Yad Sarah's emergency medical centre, helped many Israelis avoid hospitalization. It should be noted that in the last month we experienced an increase in demand for respiratory equipment, and the volume of lending has jumped by 24% compared to the previous month, even though we are in the summer season when demand is usually stable.

Paul: Was it hard for your clients during lock down?

Philip: Even during lockdowns, Yad Sarah branches continued to operate, meeting the increasing demand for Yad Sarah services. Branches often operated upon demand and provided equipment at night, on Saturdays and on holidays - in many cases saving lives.

Paul: What is your annual budget?

Philip: Yad Sarah's annual budget is ILS 100 million, all of which comes from donations. 87% comes from individual donors. It is estimated that thanks to the prevention of unnecessary hospitalization, Yad Sarah saves more than $400 million annually to the Israeli economy.

Paul: Do you have any stories of lives changed?

Philip: Yad Sarah is full of stories of people whose lives have been changed thanks to Yad Sarah. Two examples from the recent period: One woman became restricted in movement during the Corona period, and became wheelchair-bound. Due to being overweight, she had to use a wide wheelchair, which unfortunately did not allow her to use the elevator, so in fact for many months she had to stay at home, which caused damage to her physical as well as her mental health. Her daughter turned to Yad Sarah and asked for help. A representative of Yad Sarah measured the width of the elevator and was able to find in our warehouse a special chair with different wheels than the standard model that did fit in the elevator. The family members warmly thanked Yad Sarah since the mother could now leave the house again, and that greatly improved her quality of life.

Another incident occurred during "The Guardian of the Walls" military operation, when a representative at the Yad Sarah call centre received a call from a woman suffering from a serious illness whose vital medicine had run out. It is an expensive medicine made in the Philippines, and due to flight restrictions, there was no way of importing it into the country. Despite attempts to find it in other places, no solution was found, and the weeping woman was distraught. The representative immediately contacted the pharmacists at the Yad Sarah Community Pharmacy, which provides medications for chronic patients who do not have the means to purchase them. The pharmacist checked and saw that the medicine was not in Yad Sarah's stock, but he refused to give up. After consulting with another pharmaceutical professional, he found that there was another medicine that had the same effect, which was also expensive and rare, but it was in Yad Sarah's stock. The medicine was quickly sent to the woman and her life was saved.

Paul: You were rated a 4-star charity by Charity Navigator - you must be proud of that.
Philip: This is the eighth year in a row that we have received the prestigious and highest score of Charity Navigator. We are pleased with the high score that only 1 out of 20 organizations has received, which indicates our high standards and the way we successfully use our donations to accomplish our goals.

Paul: Have you received any other awards?

Philip: President's Award for Volunteering (1982), Knesset Chairman Award (1988), Certificate of Recognition from the Ministry of Labor and Welfare (1988), Kaplan Efficiency Prize (1990), Israel Prize for Special Contribution to Society (1994), Quality Enterprise Award (1998), Shield of the Minister of Health (1999) and more. Yad Sarah is the first Jewish-Israeli organization to be recognized as an advisory organization to the UN/ ECOSOC/ DPI.

Paul:Why do you do what you do?

Philip: We do this out of a sense of community responsibility and a desire to help every person live with dignity by providing services that the state does not. Rabbi Uri Lupolianski used to say that Yad Sarah is not an organization that has volunteers but volunteers who have an organization. We are committed to the well-being of all Israeli citizens and continually initiate new projects in response to the needs of our clients.