Jon: Kerry, you're the author of Gotta Die To Live, and it's not your first book. What might people know you from previously?

Kerry: Prior to writing Gotta Die to Live I wrote a novel called Exit Darcus and before that an art-style book called The Purple Veil. 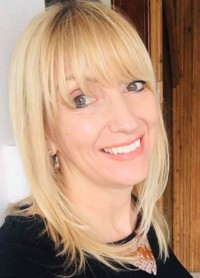 Jon: Is writing something that has always been there in your heart? Even growing up, did you think that one day you'd like to write a book?

Kerry: I grew up always enjoying stories, art and poetry. As my faith has developed over the years, I've realised that much can be communicated in novels, poetry, artistic expressions and biography. Writing has enabled me to share things I've worked through and observed in life, and to convey deep truths that I feel passionate about. The hope is that the finished material might be inspiring and helpful to encourage other people on their journey.

Jon: Sum up what you mean by Gotta Die to Live.

Kerry: To me the phrase ' Gotta Die to Live ' expresses the heart of what happens when we truly meet Christ and surrender our lives to Him. In the beginning of the book I share how Chris went through such a radical change of lifestyle as he gave his heart to Jesus. He died to his old way of life completely. The phrase also conveys the essence of what happens at Christian baptism. In being baptised we're identifying with Christ's death and emerging as a new creation. So it's very much about losing our lives into Christ so we can be resurrected into his attitude, character and his obedience to his Father. These are all very big Christian concepts but important for basic discipleship. Sadly, I've witnessed over the years, some people going through water baptism, perhaps saying a quick prayer, but quite quickly drifting away from the faith - their lives ending up in really strange shapes. So the book conveys the importance of not being casual about following Christ but allowing his Holy Spirit to transform us and lead us into the abundant life he has come to give us.

Jon: One of the first things I noted when I was reading it was the phrase, "In this life there's no such thing as spiritually neutral ground; forces are vying for your soul." Tell us a little bit about that battle.

Kerry: I explain by sharing our testimonies that both Chris and I went through very real battles to surrender our lives to Christ. The forces of good and evil were very evident. Those conflicts are not ethereal concepts, they are factual and tangible, playing out in everyday circumstances, decisions and relationships. Jesus speaks in the book of Revelation about not being lukewarm and that it's better that you're either hot or cold rather than being wishy-washy and not giving a full heart commitment to him. We might like to think there is neutral ground where we can just live self-centred lives but there is always a contending going on. Things are at stake every day for the kingdom of God to advance. These principles were playing out very much at the beginning of our story. I had just turned twenty when Chris and I got together. Chris had experienced a life-changing encounter with Jesus. But the question for me was 'where was my heart at?' The parable of the sower brought a lot of light to that question. Jesus speaks of the seed as the message of the gospel and then he talks about the state of the ground that the seed lands on - how does the gospel settle into our hearts? If the message landed on the path, the birds came and ate it. Or if it landed amongst the thorns, it got choked. I could see how Chris came to Christ in such a powerful way from a life of sex, drugs and rock and roll - he was whole hearted, single minded, totally committed to going for Christ. The seed of the message had landed in good soil! In light of this, I was coming into a realisation of what a compromised life I had been living and how unsatisfactory that was. I was seeing that there isn't neutral ground. You can't sit in the middle and live a selfish life. You have to make a clear choice and I illustrate the battle process by sharing our stories in Gotta Die to Live. Hopefully it will be evident to the reader that the clear choice is either walking with the father of this world, who is the devil, or walking with God in his kingdom.

Jon: Chris, when you became a Christian you had a real battle with those forces vying for you.

Chris: Yes, and yet God's grace is almost impossible to fully understand. Like the poem footprints in the sand: you might think you're walking through the tough times on your own but actually God's carrying you. It was a difficult time. When I look back, it was extremely painful; it was a death process but thank God it happened. God had already planted Bob Dylan's track within my heart, You Gotta Serve Somebody, where Bob sings "it may be the devil, it may be the Lord, but you're gonna have to serve somebody". And like Kerry says there isn't any middle ground. So I found myself in the early days with that real distinction: it's God and my alignment to him, or it's the devil and my rebellion. There is a profound simplicity in this of the wisdom of the heart that is far more than trying to work it through in the head, because you can work yourself in and out of these things. So those early days were a true death. It's Kerry's book, but I would say that the title Gotta Die to Live is a nod to Bob Dylan's You Gotta Serve Somebody - it may be the devil, or it may be the Lord.

Jon: Both of you share times where you had to be willing to give up all that you had in different ways. Chris, in the early days you gave up your shares in your cafe and your nightclub and you left everything and came back to the UK. And Kerry you share a story about your appearance and being willing to bag up all of your clothes and everything that related to a part of an expression of your life. Are those really important decisions at those times? Do they really have to be done in order to be able to follow God into more?

Chris: When I gave up my shares in the restaurant and nightclub and gave away my prized record collection, I was giving up all that I had placed my security in to follow where Jesus was leading me. This was very personal to me. But I would say that it has worked out well because what God has replaced it with - especially security in him - has been wonderful and awesome. So in that sense every individual needs to seek God for themselves and there will be a personal process to follow Jesus. 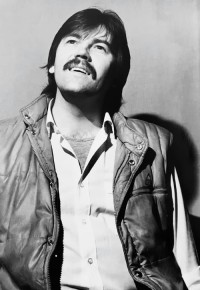 Chris Cole not long back from Brussels

Kerry: And I would add that someone who has endorsed the book actually said "at no point in reading it did I feel that your story, Chris and Kerry, was trying to impose the one size fits all". It's a very intimate thing, listening to the Holy Spirit and obeying his voice. I wouldn't say that anyone reading our story would have to go through what I did in the way that I did. It was particular to me. It was specific to the refining that was being done in my life. I think you've got to be ever so careful to observe and to hear the Holy Spirit for yourself. He is our teacher/ counsellor/ comforter. What is the Holy Spirit saying to you?

Jon: You mention that in your marriage you developed a radically honest language to share anything with each other. Can you share more on the importance and power of being transparent and open with each other?