Tony Cummings reports on Atlanta-based singer/songwriter LAURA STORY, whose 'Great God Who Saves' is about to hit the shops 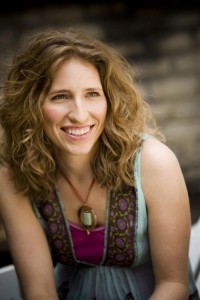 In April Integrity-Provident are releasing 'Great God Who Saves', an album by singer/songwriter Laura Story. Laura may be a newcomer to UK Christian retail but she is in fact the composer of one of the finest and most popular worship songs of the last decade. It took Chris Tomlin's recording of "Indescribable" to impact the world Church but it was a song penned and originally recorded by Laura. Now the haunting voice as well as the songwriting skill of this South Carolina artist will be displayed to the international Christian music audience with the release through INO Records of 'Great God Who Saves'.

Once an aspiring symphony conductor, Story didn't even know she could sing - much less write songs - until she was in her early 20s. So how did a string bassist and YoungLife leader end up penning a worship anthem known and loved by millions? It all began with a providential moment in the class registration line her second year at Columbia International University. There she met Shane Williams of the popular indie pop-rock band Silers Bald, who asked her to join his band.

Five years and many road miles later, Story found herself being led a different direction musically, just as Silers Bald was on the brink of signing a deal with Essential Records. When Laura's manager suggested she record an independent album with the songs she had written while in Silers, Story was still unconvinced her vocals could stand on their own. Also, she didn't have the cash to record an independent project. But God provided some money and more songs. In 2002, Story began recording her first independent album, trusting that the last song she needed would come. Soon after, she was driving down a mountain road, eyes fixed on the majesty of her Creator, when she started worshiping and singing, "Indescribable, uncontainable/You placed the stars in the sky and you know them by name. . .." Story added verses on the piano and finished the song while reading God's own description of his power and might in Job chapter 38. Her first record was now complete. "Indescribable" was the perfect title track.

What brought "Indescribable" into churches all across the US and the world was when Chris Tomlin recorded it for his 2004 album, 'Arriving', produced by Ed Cash (Caedmon's Call, Bebo Norman). "Laura has a genuine understanding of a well crafted lyric," said Chris Tomlin. "She carries herself with true humility as well. Laura is a wonderful songwriter and artist, and through the song 'Indescribable' I am honoured to be a small extension of her ministry." Immediately, the song flew up America's Christian Music charts, where it stayed number one for seven weeks and in the top 15 for 50 weeks. The song was also included on the Passion CD/DVD in 2005, Tomlin's 2006 release, 'Live From Austin Music Hall', and performed by Avalon for 'WoW Worship 2006'. Said Story, "I always think the last song I wrote was my last song. Just when my mind is completely blank and I don't know if I'll write a song again, God surprises me. The songs are his. I'm just the first person who gets to hear them."

Said Laura's record producer Ed Cash, "I'll never forget meeting Laura Story. I was behind the dining hall at a YoungLife camp in North Carolina, and she played me the song 'Grace'. I still remembered the words and melody to that song after years of not seeing her. Laura has an awesome anointing on her life for writing songs that call me closer to Jesus. She is a true worshipper of God and a joy to be around." 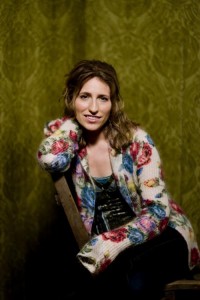 In 2005, Story released her second independent album, 'There Is Nothing', produced by Ed Cash and Mitch Dane (Jars Of Clay). That same year she married her high school sweetheart, Martin Elvington, and moved to Atlanta to become the worship leader and women's pastor for the arts and music community at Perimeter Church.

Shortly after inking the deal with INO Records in 2006, a trial entered Story's life that would not only provide her with a deeper understanding of God's sovereignty. After one year of marriage, Story's husband was hospitalized with a brain tumor. "There was a time he was on a breathing machine and we weren't sure he was going to make it. I spent my whole life singing, ''Tis so sweet to trust in Jesus,' but until Jesus took me through something where my only option was to trust Him, I didn't really know that sweetness," remembered Story. While supporting her husband through surgery, radiation, complications and intense physical therapy, Story composed new rubber-meets-the-road songs to reaffirm God's presence in her darkest hours.

"It's hard to understand why God would allow us to go through this, but I know he works all things together for good, and I feel my new album is reflecting that. Though he leads us through valleys, that's when we get to trust him and draw closer to him all the more. Though I've doubted, his grasp has never released, never slipped. He's remained completely faithful to me. He has proven that he really is my foundation and my hope."

Story's new project declares her tried-by-fire confidence in God's faithfulness in unforgettable, utterly infectious songs like "Mighty To Save", "Immortal, Invisible God" and "Bless The Lord". Melodic, piano-driven worship, 'Great God Who Saves' is imbued with the peace and joy that comes only on the heels of suffering. Said Cash, "On this last record I wanted to make sure to highlight the authentic, organic nature of Laura's music. It's well worth preserving." On a regular basis, Story gets to share this hope with the 100+ women she ministers to through her job at Perimeter Church; and it's not a job she's giving up anytime soon.

Said the singer/songwriter, "Mine is not the perfect voice or the perfect life. My life is as messy as the next person's, and God is using me to speak to the Church. For this season of my life, God has really blessed me with some insight into who he is and what that has to do with me. For some reason he just gives it to me in song form."

The song always reminds me God's ability, capability and availability in my life. Helps to edifies my spiritual life infact is loaded God' imagination

So truly blessed by her song"blessings". Truly brought tears, the pain you went through has literally brought blessings to others. Bless you.

I've heard Laura periodically, but it has not been until these past few days that her song Mighty to Save has deeply impacted me because of all that God is working on having me trust Him for. For the last several days I awaken with the words and music of He is Mighty to Save going through my mind and I turn on my computer to listen to Laura sing it. Sometimes I'm not even exactly sure what He is working on inside of me when I hear the words, but I know that He is. Then I can sense a shift in my thinking that brings me to greater faith and trust in Him. Thank you Laura for being obedient to write and loving Him enough to do so.

Thanks for sharing the story of how "Indescribable" was written! I intend to share a synopsis of this article with my congregation tomorrow in order to help deepen our love for our Creator-God, and to help us all gain an appreciation for how He has used saints like Laura to enhance and give "voice" to our worship and praise. God bless!

loved this. havn't heard of her but after reading this i want to listen to her songs.