Lecrae: "Blessings" with Chance The Rapper and the hip-hop controversy 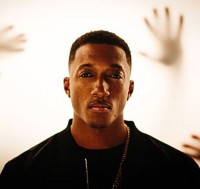 Seemingly the whole hip-hop world is waiting for the title and release date of the new Lecrae album - the rapper's first since the huge Reach Records/Columbia tie-up. Now the website Rapzilla have further whetted the musical appetite of Lecrae's legion of fans announcing "With the anticipation of Lecrae's forthcoming album coming, it looks like someone on his team just couldn't wait either as they leaked what could be his biggest feature to date. Lecrae has a song called 'Blessings' and so does Chance The Rapper. So it only seems natural that the two would hit the double on the remix with a little soulful gospel added by Kirk Franklin." The "Blessings Remix ftg Chance The Rapper & Kirk Franklin" is a reworking of the "Blessings" single which originally featured Ty Dolla $ign.

In a recent interview on the Wade-O radio show the rapper endeavoured to clarify what he meant in an earlier controversial interview when he said that he didn't consider himself "a Christian artist". Lecrae explained, "I believe some people make music for the Church and some people make music from the church to the world. . . For me, I don't want to exclusively make music for the Church. . . If that's you, then do it to the best of your ability."

Lecrae was asked about criticisms levelled at him by rappers KB and Trip Lee because of the direction in which Lecrae is taking his music. "We've created rules where there are no rules. So you have to rap about this, you have to say that, this is how it's supposed to be. We made rules like that. If you weren't a believer, we wouldn't take a beat from you. Then, if you weren't our denomination, we wouldn't take a beat from you. Where do we get these rules from? I think some people are still stuck in that mindset."

Lecrae believes some Christian artists have created such rules while others are trying to break the rules of the Bible. He said, "I have 15 plus years of discipleship under me. . . Your soul and your spirit is the most important aspect of anything."

In an interview with Sway Lecrae was asked about Christian rappers who are anti-secular, judgmental and very inclusive of keeping things within the faith. Lecrae responded, "I think a lot of their perspective is adopted from white evangelicalism and not the authentic Eastern mindset of it. You've adopted more of a nationalism than you've adopted a faith. It's making you hate your kind, it's making you very condescending, making you self-righteous, making you feel like you're better than other people and not making you realise that grace is the only difference between me and somebody else."

For more on Lecrae visit the Lecrae artist profile