Tony Cummings talked to Manchester's LILY-JO about music, self-worth and her grandma 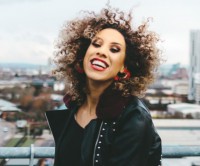 Anyone who's seen Lily-Jo moving energetically around the Illuminate stage at The Big Church Day Out or hard her R&B dance vibe EPs OR encountered her on dozens of platforms (she recently won an award for Best Use Of Digital Media In Youth Work) will know she is something special. To underline this Lily-Jo has just released her new EP 'Unstoppable' produced and written with Jake Isaac, OL Music, Philippa Hanna and Tom Read.

34 year old Lily-Jo is a wife and mother as well as a singer, speaker and mental health counsellor who's been interviewed on BBC Radio 5, BBC Breakfast and many other stations. Her husband Dave Fidler is a musician, building a name for himself as a folk/Americana-tinged singer/songwriter. Lily-Jo has grown up surrounded by music. In fact her grandmother was a jazz singer.

Tony: Are you pleased with 'Unstoppable'?

Lily-Jo: I am really excited about it. It's been about six months in the making and I'm really happy with the end result.

Tony: For people who have heard your earlier releases, how would you describe your new sound, because it's a slight change of style for you, isn't it?

Lily-Jo: It is yeah. I'd describe it a little bit more electric-pop with R&B and soul flavours. I know it's a little bit different from my previous stuff but I wanted to move onto more of an electronic flavour. As you know, I do a lot of work with young people and with schools, I wanted my music to appeal to the young audience but also cross into the middle aged (she laughs) without sounding rude!

Tony: You seem to be well targeted at young people from the ages of about 13-19. Would you say that is still largely your target audience?

Lily-Jo: I'd say so, yeah. I did a tour last year with the winner of X-Factor Ben Haenow. I was the support. The audience was filled with lots of young girls but also their parents and sometimes grandparents, there were a lot of women in the audience so the perfect target audience really. I didn't actually realise that was the perfect target audience until the first night when I sat down after the show and thought 'these are the kind of people I want to reach'. My message does translate to young guys and grown men as well, but really if I had to narrow it down it would be young women through to their mums and potentially their grandmas.

Tony: Was it always in the back of your mind to use different producers for different songs?

Lily-Jo: I know it sounds a bit crazy but yeah, I like the idea of getting different flavours but it was really good to work with a couple of different people and create something that is pretty much cohesive.

Tony: Is the composing of the song happening at the same time that the track is being put together?

Lily-Jo: It is actually. With Seb of OL Music, he already had songs to go and I just had a listen to the ones that I liked the best. With Jake Isaac he was building the track as we went along and with him I already had the song I'd written with Philippa Hannah - I wrote some stuff with her on a guitar in her dining room. I took the song to him and he just built the track around it. There's different ways of writing with different people. I like to go away from the sessions. I spent three days in London with Jake and Seb and we wrote the songs together in terms of actual lyrics and then I went away and let the songs sit with my voice for a little bit before we recorded the lead vocals. We recorded the lead vocals at home and also in my sister-in-law's studio; she's also a vocal coach and she coached me through some of the notes that were a little bit higher than my range. 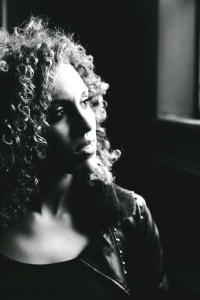 Tony: Now I see that the release has not come out through Light Music (LZ7's label). Does that mean you've broken away from LZ7?

Lily-Jo: I've worked with LZ7 for the last two and a half years, we've been touring together and it's been absolutely amazing. But it just felt like the right time to step out, as track one says, "to the great unknown" and release my music independently. Lindsay and Lucy are two of our best friends so I do spend a lot of time with them. But I just wanted to do my own thing and see how it works. I realised that I wasn't getting any younger and I just wanted to focus wholeheartedly on my The Lily-Jo Project which is my online self-help resource for people who are struggling with mental health issues. Touring with LZ7 didn't give me the breathing space I needed to focus on that, as much as I tried to continue with the momentum with my solo project it's very difficult. Also, I have two children. So the tour with LZ7, doing my own thing, making sure the The Lily-Jo Project was staying on ball and coming out with weekly updates was all just a little bit too much. LZ7 and I did a lot of gigs around the world so it was often early call times to the airport. I'd need a day to recover afterwards. It was just the right decision at the time. So from January onwards this year I stepped out of that to be a little bit less busy and be able to give it a really good shot as a solo artist. So I'm just testing the waters and trusting God and saying "you know what? I'm going to try and see where it takes me." So far so good!