Lou Gramm: The onetime lead singer of Foreigner speaks about his faith

Tony: And in fact there's a famous worship leader called David Ruis from Canada who for many years used this song in his worship music. 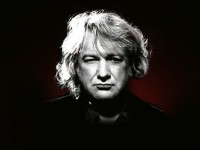 Tony: I've heard this song sung in church and it does work as a prayer to the Lord because in a sense that's a call of all our hearts; we all want to know what love is. It must have been an amazing revelation when you actually met him, when you met love himself.

Lou: Yes, it was unbelievable.

Mike: We'll talk about how that happened in a moment. My memory of this time was playing this song on the radio and being amazed that a big name preacher turned up at my church one Sunday and started quoting from it and referring to it in his sermon, which was a bit of a shock...

Lou: Is that right?

Mike: Yeah. That wasn't the kind of thing that went on in my church normally. And I was even more amazed that this big name preacher actually knew what was in the charts for starters. It obviously touched people way beyond what you could have imagined could have happened with it. Were you moved by the gospel choir singing on that when you were recording?

Lou: Yes, it was unbelievable. They knew the meaning of the song. When they came into the studio they held hands in a circle and they said the Lord's Prayer. Then they began to sing, and it was like angels.

Mike: There's just something very powerful about gospel music isn't there? Tell me about your own coming to faith. How did that happen?

Lou: It was around 1991. I think that rock life and the travelling and everything that goes along with it had begun to get the better of me. I was not being the kind of person my parents raised me to be and I knew I was being overcome by drugs and alcohol and was at the point where there was nothing I could humanly do to stop it. And I tried time and time again.

Mike: So how did your deliverance come?

Lou: It was the night after we played Madison Square Gardens and I had been up all night and was very depressed the next morning. I kind of just broke down and started praying that I didn't want to live like this. I didn't want to be the kind of husband and father that I had become and that my parents would be very disappointed by and ashamed of what this lifestyle had allowed me to become or what I had allowed myself to become. And I was feeling very little to no self-worth. I really did break down and fall to my knees and ask the Lord to come into my life and shape me more in his image and to rid me of the demons that really had overrun me as a person.

Mike: Was that that and there was an instant kind of change or was it something that God helped you grow into?

Lou: I think it was very gradual. I called a close friend of mine who made a call to a very good place for rehab called Hazleton, in Minneapolis. He drove me to JFK and within three or four hours I was met in Minneapolis by someone who represented Hazleton and drove me right to the rehab and I began my in-house rehab for 30 days. It was a very cleansing and holy process. There were Christian pastors there that helped allow me to forgive myself for what I had done to myself over the years. That convinced me that I was still one of God's children and that the Lord would want me to live the kind of life that he had planned for me.

But all things can be accomplished with god. You still have your wife and family. I know this. I am a single mother who raised my daughter by myself. There were tough times. I lost my entire family to cancer and i had to battle it 3 times myself. I turned myself over to god and he has allowed me to see my daughter grown and in college. So if through all this you and your wife made it through then treasure it because it is for keeps. God bless and keep you well.

I love lou Gramms voice especially singing i want to know what love Is i have my little Great Grandaughters singing too as we watch lou in farm side concert 1985. I love Lou even more reading how He turned his life over to the lord got off drugs survived a brain tumor hes had a amazing life yes been thru hell and back but came out on top bc ofhis faith to the Lord. Hes the Greatest.

Lou Gramm has the most outstanding vocal that I have ever heard his songs have more meaning and I wouldn't mind the walk to the Lord with him courageous gentle and made it through a lot none of us a perfect but he sure has tried thanks for giving me the opportunity to listen to your words and to hear your voice Foreigner will never be the same without you.

I have been lucky to have seen Foreigner several times with Lou. I met him once with my daughter after a concert in Toledo,OH.. After Lou had the successful brain surgery my daughter & I went to see him (with Foreigner) in Clarkson,MI. We were both very grateful that he was alive & able to sing again. We both cried because Lou's voice didn't seem as strong & his rhythm was slightly off. Not sure how much time passed but, I went to see Foreigner with Lou again. I was lucky to be in the 1st row & after the concert I told Lou that his voice & rhythm was better. He smiled & mouthed thanks. I haven't been able to see Lou again since he has been performing with his brothers. Hopefully someday - soon. I will never go to another Foreigner concert because without Lou there is no Foreigner. Thanks to the Neuro-Surgeon & God Lou is alive & performing!

Yeah I saw foreigner with Lou in Germany and montrose opened for them in 1982 he sounded just like the album foreigner 4 was hot . He was a small guy with muscles and a huge voice. The Lee will be many close but just not as good as Lou he was great to us veterans best concert I ever saw

Years ago, I had the experience of seeing Pavarotti perform in Tampa. At that performance, I recognized that Pavrotti was just a vehicle that the Lord was using to inspire a deeper sense of spirituality. I have been a long-time fan of Lou Gramm. When I hear his voice I recognize that the Lord has also given him the same gift. Through Lou Gramm and his faith, however, we also witness the love of the Lord. Thank you for your journey to faith; we have all learned through your continued committment to the Lord that, "If we seek, we shall find."