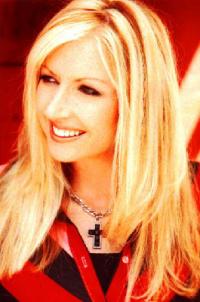 Martha Munizzi is living proof that you don't have to be on a major label to go storming up the US charts and that you don't have to have black skin to become a major figure in the gospel scene. Her current album, 'The Best Is Yet To Come', released independently, has been a huge gospel hit while she has recently won a coveted Stellar Award. What has catapulted the blonde singer to success is that she is a worship leader at the world famous Lakewood Church in Houston, Texas, the same church which has elevated Israel Houghton (who produced 'The Best Is Yet To Come') to gospel music stardom.

At first Martha wasn't sure how her brand new songs would go over with the crowd. It turned out to be "so incredible," she says. "It felt like we stepped into something way beyond ourselves." 'The Best Is Yet To Come' takes Martha's music, "not just to another level, but to another plateau." The supernatural anointing was very powerful, according to the singer. While plenty of artists make praise and worship CDs, few succeed in connecting with a mass audience as well as Israel and Martha do. On 'The Best Is Yet To Come', the pair duet on some of Israel's famous songs, including "Your Latter Will Be Greater" and "New Season".

One of Martha's songs in particular, "I Know The Plans I Have For You," really connected with the audience. "It had people weeping," she says. The song has since gone on to connect with thousands of others. Martha says calls flood in when it's played on the radio. Martha set up with her husband Dan the Martha Munizzi Music Group to market her music. 'The Best Is Yet To Come' is the follow up to 2001's 'Say The Name'. Dan told Billboard, "Artistic control is the big reason, and monetary reasons. Being on your own, you don't have to split up so much of the pot."

The Munizzis launched their business by passing out fliers and booking gigs at small churches. That led to dates at bigger churches and Martha now does about 150 concerts per year. "Don't despise small beginnings, because you never know," she says. "Every single place we've been something good has come out of it. Another door has opened." Before joining Lakewood Church Martha honed her musical gifts at another world famous mega-church, Clint Brown's Faith World in Orlando, Florida. "I recorded a lot of other albums and had done a lot of background music with the pastor at Faith World, so I had a lot of experience," says Martha, whose father was a pastor and Dove Award-winning songwriter. "My mom was a singer, so we grew up singing." 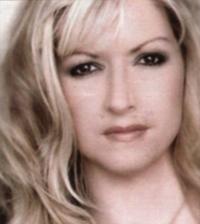 She and Dan met while performing in a group. The other members quit and they ended up together onstage and off. "We just knew that God called us to do something musically together," says Martha. "So we kept going and started a band, made a little tape and traveled just in Florida for a couple of years. The band was called Testament." They wound up working for Brown at Faith World, where their choir grew to more than 200 people in six years. In 2001 they decided to take a leap of faith and try something new. Comments Martha, "It's been the hardest thing we've ever done, but it's been the best thing we've ever done."

Many who hear Martha are surprised that she is white because of her soulful voice. One fan told her that when she went to buy Martha's CD and the clerk handed it to her, she said, "No way! It's not her. It's a black artist. It can't be her." Says Martha, "The lady told me, 'I don't mean to offend you, but I can't believe you are white.' I hear that all the time, but I can't think of a better compliment. I wouldn't want them to say, 'Boy, you sure sound white.'" Martha says her vocal style was shaped by listening to Donnie McClurkin, Fred Hammond, Kirk Franklin and John P Kee. "You have to sing it from the heart," she says. "That's what people hear more than licks or talent - they hear heart."

Dan says most of Martha's dates are in African American churches and they don't get complaints about her appearing on the gospel chart. "That's a positive message that the coloured line is a little blurred," he says. "I like that." Martha attributes her acceptance to the fact that she does worship music. "Praise and worship is an eclectic blend of music and it represents the body of Christ as a whole," she says. "Praise and worship isn't a white sound, a black sound; it's Heaven sound. In the gospel community, I have found if you can bring it, they will buy it."

Martha has overcome some traumatic experiences. Molested as a child by a close relative, compulsive nail biting and seeing her parents divorce, Martha has learned to lean on God through her tough times. She says, ""If I wrote a book, the molestation would be a chapter, not the whole book," she says. "I've talked to others, young girls especially, who have had far worse experiences than I did. My childhood, for the most part, was happy. I had a stable family and lots of love. These days, if I am lead to share my painful past experiences with people, I love to say, 'Look what God has done.' He has been faithful."

Thank You LORD for music that enters the soul and mind and does the work You have sent it to do. Once the LORD has ministered to the minister of Songs, get ready, you will be ministered to. Amen!!! Thank You LORD for using this child that knows what it is to be broken and then to be ministered to and made whole so then she can minister to others giving us what You have given her. God continue to Bless you Martha M. Your mom spoke at our church last night in Kissimmee Fl. @ COL! It was a Great Word, a Healing Word!!! We love you n your band! God bless Nina Flores

Was this article written by a Christian?

What is up with the mention of "black skin"? 1). Why is it necessary to mention the skin; and 2). That is totally offensive. How many African Americans do you know that actually have "black skin". What year is this?

Also, why is it that when someone has blonde hair and blue eyes it is necessary to mention it. How often do you hear or see it written "this fabulous black-haired, brown-eyed sensation did thus and so?" Come to Jesus people!

And why should we rejoice when we hear a white artists that "sounds black", and how offensive for Martha to say "I wouldn't want them to say, 'Boy, you sure sound white." What is going on here?

Also, the "That's a positive message that the coloured line is a little blurred," comment by Dan sounds a little off too.

What is the true message of this article?

My God continue to bless and keep you always.

Martha, eeish woman of God, You are such a blessing, the first time i heard of your music i thought you were Prophetess Juanita Bynum. i literally had to go to a christian book shop to look for your c.d, and i thank God. i know the plans i have for you c.d, it gave me so much hope, when i was going thru a difficult time, everyday i would listen i would cry, and would feel the Holy spirit around me , telling me that everything will be alright. Thank you. I wish i could get more of your c.ds, coz i am truly blessed. I love you.

When I heard you live for the first time in '03, I didn't know who you were & was expecting a messenger versus a singer on the program. Wow! I got both that Sat. morning during a women's conference. What an annointing I felt in that place and over you! I can't play "The Best Is Yet To Come" CD w/out feeling the strong presence of the Holy Spirit! You go girl!

martha, you have inspired me so much by your music. i was molested also and ive changed ever since that happened to me. but as i was hearing a song called "your latter will be greated", i cried and the spirit of god was in the room. you keep on going with your singing and reaching other people's hearts through your songs. im blessed by you and your songs and i just want to say thank you.

I listened to you once on TV and you were singing " I know the plans I have for you" I was alone in the sitting room and I had tears rolling down my cheeks all through. I was so blessed. It was like Jesus was singing over me in my living room. God bless you. I am a singer and I pray people get ministered listening to me the way I was blessed listening to you.

Keep up the good work Martha, you have found your calling God bless you. A brother in Christ.