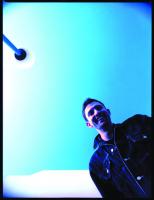 No sooner had Martyn arrived home from the airport, fresh from a successful Worship Together conference in Brazil for Kingsway, then he was faced with an interview for a local radio station and another for a national magazine regarding his debut album 'Lost In Wonder'. Add to that the preparations for London's Soul In The City 2004 and you have an insight into the life of Soul Survivor worship leader Martyn Layzell. But just who is the man behind the songs?

Martyn was born in 1975 in Watford but spent his early years in Chorleywood, Hertfordshire. His parents, both Christians, took Martyn and their three other children along to their local church, St Andrews. His father was a chartered accountant and his mother was the practice manager of a local doctors' surgery. Being raised in a Christian home made a great impression on young Martyn's life and as he grew the church played an ever-increasing role in his development. Strangely, Martyn was the only child not to have some kind of musical tuition, yet later in life he is the only child to have integrated music into his work. During his secondary school years, when he attended St Clement Danes, the normal questions of life where raised and at 14, during a local summer mission, Martyn committed his life to the Lord. He says, "It was just that time of life when I thought to myself I either have to go for this because I believe it myself or not, I can't carry on going to church just because my parents want to be there!' 14 was also the age when he picked up a guitar for the first time. It was at the St Andrew's youth group and his youth leader Mike Pilavachi encouraged him to play. The relationship with Mike was to prove instrumental to his future.

After leaving school Martyn wanted to study medicine at university, but because of one thing and another he eventually majored in psychology at Birmingham. At uni during the early '90s, Martyn's ties with St Andrew's grew rather than diminished as spiritually the church was growing at a rate of knots through the escalation of New Wine annual Bible week. During holidays and some weekends, Martyn would eagerly return to Chorleywood to help as Mike Pilavachi planned and planted a new church, called Soul Survivor, in Watford.

When Martyn graduated from university his focus had changed from psychology to a more pastoral role in life. He began working for the Watford church and led one of the first discipleship training courses, which has now grown into the Soul Time Course. His relationship with Mike grew considerably throughout this period, as did his relationship with Matt Redman, the worship pastor of the fast growing church. Matt's ability to write songs that struck a chord in people's own experience with God obviously made an impression on Martyn. For as his own ability to be "the tongue of a ready writer" developed, he was given opportunities to lead the corporate church in worship. 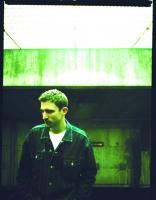 It was here that Martyn met Emily, a graduate from Kent of one of the first Soul Time courses and now working as part of the pastoral team. Gradually, their relationship blossomed and they later married. Emily stepped down from her assistant pastoral duties just over a year ago when she gave birth to their son, Jack. She is expecting their second child in December this year. Six years ago, Mike asked Martyn to join the pastoral oversight of Soul Survivor and he began to help look after the growing flock. His Christian upbringing, his training in psychology and his growing ability to empathize with people's struggles, gave Martyn the unique perspective for writing worship songs that led the individual to God. His pastoral work continued in the church but at the same time his obvious musical sensitivity and ability to play were encouraged.

As the Soul Survivor summer festivals grew in the UK, other countries became increasingly interested with the whole Soul Survivor phenomenon and churches popped up all over the globe. Matt Redman began to travel more and, when Matt was away, Tim Hughes took over the oversight of the worship. Martyn's relationship with these two men of God grew considerably and together they have made a major impact on the worship style and genre of music used in the church globally for its praise and adoration of God. When Matt decided to move south, Tim was asked to take on the task of looking after the church's worship. Now, as Tim's own ministry has developed and he is called to travel away so much more, Martyn has taken over the reins of worship pastor at the Watford church.

"My role as worship pastor entails, first and foremost, forging my relationship with Mike, as senior pastor," says Martyn, "finding out what's on Mike's heart, what his vision is and where the church is going at this time. We need to express that in worship musically, and corporately in song, so that we might lead people to God in that arena."

Martyn is also responsible for the oversight of the musicians of the church, and they have a plethora of them. Around 85 at the moment! Set in a series of bands. Martyn looks after them pastorally as Jesus shepherded the disciples. He also arranges training events and practises so they might all grow together. During these times he endeavours to convey to them, and each group's worship leader in particular, the vision of the leadership. This is a crucial work as they must all work together as one! You only need one member of a worship team pulling in a different direction and you will soon end up "beached"; Martyn's rather like one of the coxes in the Oxford/Cambridge Boat Race encouraging the team to pull for the finish-line! Martyn's songwriting skills have matured over the last few years, which have established him on the global network of worship leaders. His recent itinerary for Soul Survivor and Heart Of Worship events has led him to Australia, Brazil, Finland, Malaysia, North America and Northern Ireland. Not-to-mention of course, the UK's own Soul Survivor festival in Shepton Mallet, in August. 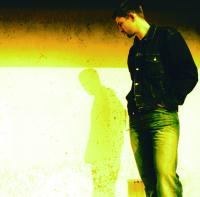 His 'Lost In Wonder' album was recorded by Mike Busby in Los Angeles and mastered by Dan Shike in Nashville, Tennessee, contains 11 great new songs that have been used at Soul Survivor and includes the title track. "After spending time thinking about the Passion story," reflects Martyn, "I was struck by the fact that the sorrow that surrounded Jesus was actually mine. I'd never thought of it like that before and this became the thought behind the song." Martyn is no stranger to the recording studio, though. He recorded a joint album with Tim Hughes in 1999, called 'Reward', and has performed on the last five Soul Survivor festival CDs, plus various other cameos. However, I think that Martyn can put the cameos behind him now because God is using him to raise up another generation that he can call his own. Soon, Soul Survivor Church Watford may need a new worship pastor. I wonder who that will be?

The opinions expressed in this article are not necessarily those held by Cross Rhythms. Any expressed views were accurate at the time of publishing but may or may not reflect the views of the individuals concerned at a later date.
About Brian Edgeley
Brian Edgeley is the founder of Fan Into Flame Ministries and lives in Christchurch, Dorset.

I saw Martyn at Spring Harvest and thought he was brilliant. I loved Lost in Wonder, I stand in awe, and his version of Praise my Soul and How Great Thou Art. He is so spiritual and has such a lovely voice. I think Lost in Wonder and I stand in awe are as gppd as any written in the last 300 years. I am a traditional Anglican.

Lost in Wonder is the best new worship song I have heard this century!