Myron Butler: The Grammy winning gospel star with a heart to worship 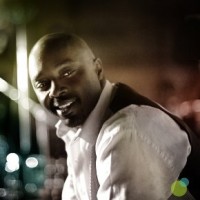 Grammy Award winning singer, songwriter, producer, music director, organist and pianist Myron Butler has built a hugely successful ministry and career in gospel music over the last 15 years. As one of the founding members of Kirk Franklin's God's Property he shot to international attention while his work with the small choir Levi has brought him a series of successful albums. Myron's latest project, the live 'Worship' album, is currently selling well. Myron spoke to blackgospelportal about his move into worship ministry. "I think it's really something that's always been there, something that has always been a foundation of who Myron is, but rarely did I showcase it on any of the recorded projects. So for me this time around I really wanted to showcase the other side of Myron Butler. It's certainly something that God had instructed me to do some time ago but I was a little apprehensive about it. So it's really just me showing more of the side of who Myron Butler is."

Butler is currently a worship leader at The Potter's House, the Dallas, Texas-based megachurch founded by the renowned Bishop T D Jakes. Was it significant, Myron was asked, that his latest album had no front sleeve credit to Levi? He responded, "I think this time around it really was a reflection of what this project needed to be and is. I tell people they may, or may not, know that Levi is actually still a part of the small choir that I put together. But in a sense, it still made more sense to call it 'Worship featuring Myron Butler'." That's not to say that there won't be any other Myron Butler & Levi records. That's not what I'm saying."

On the 'Worship' project Myron introduces a new worship leader, Tasha Cobbs. Myron explained how he made the connection. "I was on a website and I saw her album, listened to her music. Of course, I'm a music junkie as well. I knew that she sang 'Chasing After You' with Full Gospel Baptist Church. So I'd heard of her. But when I listened to her independent project, I was literally drawn in to her ministry. And at the time she was still just, to the best of my knowledge, operating as one of the worship leaders at William Murphy's Destiny Church in Georgia. But since then, the world has really come to know of her ministry and her anointing. But that's really how the connection came about. It was me just surfing the Internet one day and I saw her and said 'wow' about her ministry and her heart and her anointing on her songs. It just reached out to me as soon as I heard her music."

Myron was born near Tampa, Florida. At an early age, Butler developed an appreciation for music and at 17 his first song, "Lift Him Up", was recorded by Dallas' DFW Mass Choir. While working on the recording, Butler became good friends with the choir's director, Kirk Franklin. During his last two years of high school, Myron formed a community choir of his teenaged peers, but, upon graduation, he left them to pursue a degree in psychology at Morehouse College in Atlanta, Georgia. After completing his freshman year, Butler decided not to return to college. He remained in Atlanta for a year before deciding to return to Dallas, where his choir had continued to grow, in spite of changes in personnel. The group, which had become popular in the area, began calling itself God's Property. In the intervening years, Kirk Franklin had formed a small choir called The Family, and his 1994 debut release with them had exploded into a million-selling, multi-market smash. Myron rejoined his friends in God's Property, becoming the group's main choral director, and renewed both his friendship and creative kinship with Franklin where it had left off upon his departure for Atlanta.

God's Property had already begun to back up Franklin and The Family on occasional dates in and around Dallas, and after Myron's return that interaction flourished all the more. Myron's credentials as a songwriter grew when he landed cuts on two major releases in 1996, "Victory" by Kim Burrell and "Thank You For Your Child" on the number one Kirk Franklin & The Family 'Christmas'.

By late 1996, with Franklin's success as artist, writer and producer soaring to even greater heights, the bonds between Kirk and Myron and God's Property had grown to the point that Kirk expressed a strong interest in doing an album with God's Property. That interest became a reality in June 1997 with the release of the Franklin-produced album, 'From Kirk Franklin's Nu Nation'. In just over a month the album's lead single, "Stomp", had hit number one on the R&B/Hip-Hop charts, with the album roaring up behind it to soon top the Billboard 200, R&B/Hip-Hop, and Gospel charts. Spending more than a year on the mainstream Top 200, and an unprecedented two years on the Gospel chart, the album racked up over two million sales, becoming the biggest-selling gospel release ever.

As writer of "Up Above My Head" on the God's Property album, Myron's talents as songwriter, artist and director were recognised and his collaboration with Kirk shifted gears from occasional to ongoing, as the two young men developed a creative rapport together that would yield numerous hit songs and albums as the 1990s moved into the early 21st century. But all was not well when Franklin and Butler came face to face with the exploitative practices of the music industry. While protracted legal and contractual wrangling gradually, and sadly, spelled the demise of the group God's Property, Myron managed to maintain a positive frame of mind, moving forward in his own development as a songwriter, and later co-producer, on two number one gospel projects, 'Kirk Franklin Presents 1NC' in 2000, and the soundtrack to the major motion picture, Kingdom Come, the following year.

As his stature and recognition in the music industry continued to grow, Myron, even as he maintained his creative interaction on various projects of Kirk's, was finally able to turn his focus toward his lifelong dream of writing and recording his own project as a solo artist. In 2002, with a large and ever-increasing catalogue of original material, he began forming his own band and vocal ensemble, called Levi, and comprising a core group of singers who had first performed and recorded with him in God's Property. 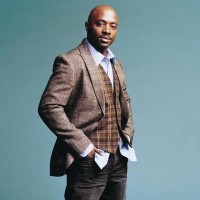 Myron Butler & Levi's 'Set Me Free' album, released in 2005, was a success. Myron told gospelflava.com at the time of the album's release, "I knew that God had called for this to happen. The world doesn't need another CD. There are more than 100 million CDs out. I knew that God had called us to be an example of reconciliation to the Body. You can have disagreements, disputes or whatever you call it, but if the foundation is love, then that supersedes everything. You see groups go their separate ways, but you never see the reconciliation. That was one of the main reasons that I called those group members to come back together. The crazy thing is, that despite everything that went on in GP, everyone still had a high level of respect for me. It's nothing that I tried to keep or tried to have. It was just there. When I asked, 'Do ya'll want to sing with me?' they were saying, 'Yeah. We've been waiting.' That just kind of spearheaded it, and it grew from there. Here we are three years later."

In 2007 Myron Butler & Levi released a CD and a DVD, 'Stronger'. The highly eclectic project took in everything from traditional gospel to even some Celtic influences on "Here With Me". Said Butler at the time of its release, "The album is a little bit of everything. God is not just one thing and our music shouldn't be either. Everybody is at a different place and they may need something different to propel them into their destiny."

In the interview with blackgospelportal Myron spoke about how his relationships with two of the giants of gospel music, Kirk Franklin and Bishop T D Jakes, have affected him, both personally and professionally. "Kirk Franklin personally really has been a living example. First, just on a personal level, being a married man and operating in this calling, that it can still work. I mean it's doable. And even not having a father figure growing up or having someone guide me along the way, he's been that natural example. Spiritually and musically he has made me aware or cognizant of the fact that it is possible to become so consumed in doing the work of God and the work of ministry that that begins to choke the marital relationship. You can get so consumed in doing the work that you are not spending dedicated time.
It's just as important to not be with the mic, to not sit in front of a piano, to not be in front of a group of people, but just spend time between you and God. And a lot of times you begin to just assume that because you're doing the work, that the relationship constitutes your personal time with God.

"But Kirk has really been a person that's says, 'Hey, you've got to check yourself. You've got to allow yourself to be held accountable to God. It is possible to be doing this line or to be operating in this calling and personally you're in shambles. You're singing to thousand and thousands of people at night and you're a mess.'
Bishop T D Jakes to me. . . what's the right words? The anointing on his life provokes me to want to dig into God's Word with all that I have. To listen to him on a weekly basis and to listen to the level of revelation that comes out of his mouth that God imparts to him, it literally sets a fire under me to get into the Word, to seek after God, to ask God to reveal himself through his Word. There is just such an anointing on Bishop Jakes. I know there are so many things that he's doing in the business world but it's that one singular thing that I get a chance to witness every week that is the utmost encouragement to me."