Tony Cummings reports on the second of two albums inspired by the Beatitudes, this one by NINE BEATS COLLECTIVE 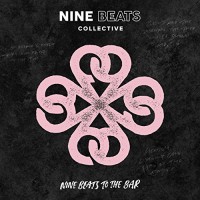 Clearly God is calling church-goers around the world, through the vehicle of music, to give new attention to the Beatitudes, those amazing verses first uttered by our Lord as part of his Sermon On The Mount. That Scripture beginning with "Blessed are the poor in spirit, for theirs is the Kingdom of Heaven," have strengthened and sustained Christians for generations. But now there are two albums which are bringing these verses into new light. We have already reported the April release of the multi-artist 'Beatitudes', conceived by one-time Delirious/ guitarist Stuart Garrard, which brings together a stellar list of performers including Hillsong United, Michael W Smith, All Sons & Daughters, Amy Grant, Matt Maher and others including former Delirious? frontman Martin Smith. But now another album celebrating the Beatitudes has assembled artists from three continents - Europe, North America and Africa. 'Nine Beats To The Bar' is an album to be released by Plankton Records on 16th June. It is produced by MOBO Award-winning Tony Bean and is being issued digitally, on CD and, at the end of July, in a deluxe double 180 gm vinyl edition.

The first of four tasters of the album have already been released. 19th May saw the release of the "Nine Beats To The Bar" title track by Nine Beats Collective ftg Mikael R Andraesen. Mikael is based in Copenhagen, Denmark, and is an artist who usually works under the moniker Kloster (the Danish word for monastery).

On 26th May "What Can Love Create?" by Nine Beats Collective ftg Heatherlyn was released. Heatherlyn is an American singer/song-artist with soul, roots and rock vibes infused through her songs.

The 2nd June sees the release of "Kosi" by Nine Beats Collective ftg Ambassada who is one of the most prominent artists on the African music scene since his multi-award winning first album in 2004. Ambassador brings his African vides and voice to the Collective. He is an advocate of children's rights and a UN Ambassador for children. 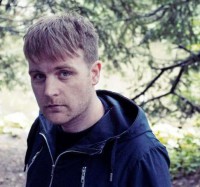 On 9th June "#blessed" by Nine Beats Collective ftg Rev Vince Anderson, who is based in New York City, will be released. A phenomenal live performer, Rev Vince has played a weekly live show in Brooklyn for over 20 years with his band The Love Choir. He has also toured internationally and released four albums. He describes his musical style as "dirty gospel."

Other artists on the album are Caleb Quaye, Aaron Niequist, Fatai, Eric Leroy Wilson, Martin Trotman, Barry Taylor, Tony Bean and Deborah Pritchard. Read a Nine Beats Collective statement, "'Nine Beats To The Bar' is an eclectic soundscape of R&B, soul, rock/pop, acoustic threads, classical, jazz/funk, African vibes and a hint of gospel. Nine Beats is a collaboration of world class musicians, artists and songwriters exploring the ancient wisdom of the Beatitudes. In this wide world, a growing number of us have begun to wonder if the Beatitudes might contain the keys to our liberation. These ancient sayings, spoken by Jesus, offer a nine-statement manifesto for a new world order. A counter-cultural narrative for our times. A welcome not a weapon, tender not toxic, inviting not divisive. A call for a tribe of people to live life 'nine beats to the bar."