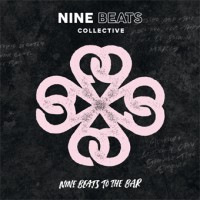 THE CRITICALLY acclaimed album 'Nine Beats To The Bar' by Nine Beats Collective (described as a collaboration of world-class musicians, artists and songwriters exploring the ancient wisdom of the Beatitudes) is now available on vinyl. The double heavyweight 180 GSM vinyl release is issued through Plankton Records.