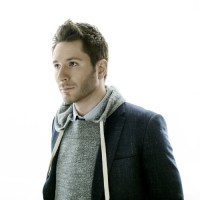 It's been six years since a catchy little song called "Fireflies" introduced a singer/songwriter from Minnesota who'd been making recordings and posting them on the internet to a vast international audience. Since then Adam Young, better known as Owl City, has toured the world and with his latest album 'Mobile Orchestra' is again showing that his brand of quirky, upbeat electronica with a little bit of dance music, a little bit of worship and even - on his latest album at least - a little bit of country, has mass appeal. The one thing Owl City's idiosyncratic music doesn't have, though, is favour from the cooler-than-cool hipster reviewers who dominate the music mags and national press. Typical of the mauling Owl City usually gets from the newspapers Britain's Guardian newspaper pronounced that 'Mobile Orchestra' was "bland, twee and bound to be huge."

Owl City/Adam, who's currently on the Cross Rhythms playlist with his engaging "Tokyo" (featuring Japan's Sekai No Owari), has got used to thumbs down reviews. He told Billboard recently, "With anything that you do, for anybody, there's always going to be somebody who loves it, somebody who hates it, somebody in the middle. I feel like I read a stat once that was like, 'If you put something out, there's five per cent of everyone who loves it, five per cent who hates it, and 90% of people who just kind of check it out and move on.' So, it's definitely a trick to not dwell on the good or the bad. In terms of reading reviews online and things like that, I feel like I've nailed down a super healthy approach at that stuff. So, I will definitely check it out a little bit, but the moment it feels like I'm dwelling on it too much or thinking about it too much, I step back and remember at the end of the day, I've just got to do the best job that I know how to do and just be sincere and be honest, try to do the right thing. At the end of the day, people will talk and that's totally cool and I'll just keep fighting the good fight."

The singer/producer explained why he'd called his latest album 'Mobile Orchestra'. "The title is kind of a pun on the fact that I have a hard time switching off the creative side of my brain. Therefore, I'm always working on some lyric or some rhyme or some melody that won't leave me alone. The blessing and the curse of how all this amazing technology now fits in a little box, in a laptop. The blessing and the curse is that you can always be working on something, literally anywhere. On the airplane, I'll probably do that later today. I'll probably be on the flight, putting my headphones on, just messing around. You can be on buses and trains. The idea is that, with all the technology, one guy sitting in front of a laptop can create the sound of an 80-person symphony. All the moving parts and all the bells and whistles. That's the cool imagery for what I do."

'Mobile Orchestra' abounds in guest artists. Adam commented, "So happy with how it turned out. I'm trying to invite these different artists who are so good at what they do, from all corners of the music world. My vision was just to invite all these folks in to say, 'I don't really want to give you any direction. I just want you to do your thing. Just do what you would do naturally,' and therefore my hope is that it made the album more accessible across all these different genres and hopefully a lot more diverse than I would have made it otherwise. I felt so good about working with Aloe Blacc. Jake Owen was a huge, incredible experience for me. To work with Jake from the country side of things was fantastic. A vocalist from the UK who's done a lot of EDM work named Sarah Russell is on there. Different parts of the world across the map in terms of genre. I'm so proud of how it turned out." 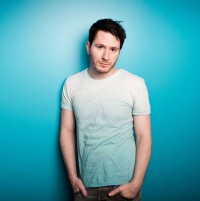 The big surprise on 'Mobile Orchestra' was the inclusion of the song "Back Home" with country star Jake Owen guesting. Said Adam, "Something that I think not a lot of people know about me is that I'm actually a huge fan of country music. I listen to it all the time. Up until now, my love of country music hasn't really been portrayed through my own music. It may have been hinted at a couple times, but it's never really been experimented with until the song 'Back Home'. I've just been a huge fan of Jake Owen for years, because I'm such a fan of country music. To me, he's a legend and so good at his craft. There's nobody that's better in my book. So, I was sort of writing this song called 'Back Home', I think subconsciously influenced by the music that Jake creates and his vibe. Towards the end of that process, I just sort of sat up straight in bed. This big light bulb came on and I was like, oh man, I should send the demo to Jake. I guess I don't have a whole lot to lose. Maybe he'll be down to work with me. That's exactly what happened. He was so kind and so gracious to just lend his talent for a second and make what I do so much better than it would have been."

One of the standouts on Owl City's recent output is "Tokyo". It is a collaboration with one of Japan's biggest pop rock acts, the all-female Sekai No Owari. Released as a single in October last year, it was understandably included as a bonus track on the Japanese version of 'Mobile Orchestra'. When released Adam said, "'Tokyo' is about the many sleepless nights I've spent in Japan due to jet lag. Something in the atmosphere there is very conducive to creativity."