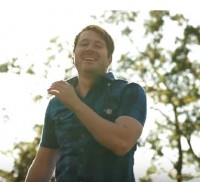 ELECTRONIC pop star Owl City will on 1st June 2018 be releasing an 18-song album, 'Cinematic'. In the meantime he will release three EPs, or reels, each containing three tracks of songs from the album. This Friday he will release the first single from Reel 1, "All My Friends". About his songs Owl City said, "I started writing these autobiographical songs and it felt like I was watching my own movie. The last 30 years of my life sort of appeared to me and with every song I wrote it was like watching a scene or a highlight of my life."

Can't wait for the New Album. Super Excited.
And Yes The single " All my Friends " was so awesome.
Jesus Bless You More Adam Young and the whole of Owl City's Crew.