African star of stage, screen and TV, PATTI BOULAYE has recorded a most unusual praise and worship album. Tony Cummings spoke to Patti. 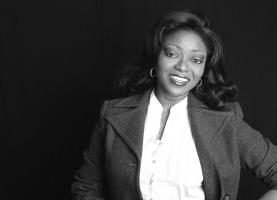 Over the years a wide variety of musical styles have been marketed under the term "praise and worship". It's a shame though that a few stylistic forms have so dominated the marketplace in recent years that when one gazes at the racks of praise and worship CDs on display in the average Christian bookshop one gets a very distorted perspective of what God is doing in the worldwide Church. Nowhere is this lack of a worldwide perspective most evident than in the music of Africa. Despite the fact that many nations in the African continent are experiencing revival with ever expanding church attendance, such a hugely encouraging work of the Holy Spirit is hardly reflected in the music pouring out from the West's Christian music companies.

A small step in righting this unfortunate situation takes place in May with the release, by Kingsway, of Patti Boulaye's 'In His Kingdom'. With its strong African rhythms, Patti's selfcomposed songs of faith carry a fresh and powerful atmosphere of her Nigerian homeland. Said Patti, "'In His Kingdom' is a combination of my spiritual journey, thoughts, emotions and experiences, from my childhood terrible experiences during the Biafran war to the present time. I grew up in Africa worshipping God with total childlike trust, singing along with all the innocent harmonies and unusual but natural African vocal sounds that often contrast with the more formal hymns of worship in the boarding school I attended as a child after the war. In this recording I have followed my heart and found the place my faith comes from."

As a child Patti grew up in a home where Christian faith seemed very much a life and death matter. "We were caught up in the horrific Biafran war. My mother was very much a woman of God, a prayer warrior, and she was a huge influence in getting us through pretty terrible times. We would go off to school and on the way back would see bodies on the streets of people who had been killed. We used to pray every day that the Lord would keep us safe." At the age of 16 Patti had a chance to escape the traumas of her homeland and found herself in England appearing at London's Shaftesbury Theatre in the counter-culture musical Hair. That was followed by a part in Two Gentlemen Of Verona at the Phoenix and then a 12 month stint with the Flirtations, a girl group who recorded a stream of singles for Decca in an effort the establish themselves as Britain's answer to The Supremes.

Patti returned to the London stage in Jesus Christ Superstar and then was cast in her first starring role, as Yum Yum, in the West End's Black Mikado. Following the Black Mikado, Patti changed her name from Patricia Ngosi Ebigwei to her present moniker. Patti's diverse showbiz career continued in the '70s. She appeared in a successful African movie Bisi Daughter Of The River, won the New Faces TV talent contest and starred in British Films The Music Machine and Hussy. By 1981 Patti was a well known figure of stage, screen and TV playing Talk Of The Town and even dancing with the Scottish Ballet. Her fifth album was released in conjunction with the screening of her own TV series, The Patti Boulaye Show on Channel 4. More theatric hits followed in the '90s such as Carmen Jones and Blues In The Night while in 1994 Patti starred as Judy Garland in The Night They Buried Judy Garland and made her hundredth TV appearance on Christmas Day with Sir Cliff Richard on BBC's Joy To The World. 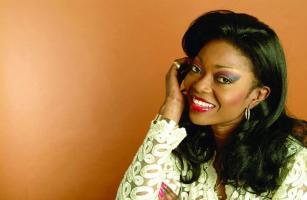 Returning to cabaret she also appeared in South Pacific in the West End and in 2003 starred in Beautiful And Damned in Guildford. It was in March 2002 however that the seeds of her gospel album were planted. Patti presented and organised a sell-out event Reaching Out For Africa, produced by Sir Michael Parker KCVO CBE, at the Royal Albert Hall, starring Sir Cliff Richard, Gabrielle, Uri Geller and Boney M amongst others and 3,000 gospel singers. The event raised funds for the charity Support For Africa, of which Patti is the founder and president and which she formed in 2001 for the alleviation of HIV/AIDS in Africa. The charity is building clinics all over Africa for the prevention of the spread of HIV/AIDS and malaria. The first clinic is open and two more are now being built.

Said Patti, "Working with all those gospel singers at that event really sparked something in me. There's something very special about music directed to the Lord. I remember 18 years ago when I made a record with the Treorchy Male Voice Choir. I recorded a hymn with them, 'Lord Of All Hopefulness', and it had an amazing effect on everyone who heard it. Anyway, after the Reaching Out For Africa concert I really began to think about recording some of the songs I'd written down the years. I made a phone call to some people I'd heard about in Lincoln and everything fell into place."

The "people" were record producers and studio owners Dan Bowater and Howard Jones. Remembered Patti, "I met up with them and explained that the album had to be made on my own terms. They said they were fine with that. They went away and did incredible research. They listened to a lot of African records and found ways in integrating African rhythms into my songs which really brought them alive. This is my journey, this is part of me and they helped bring it all alive."

It's really great that one voice could change the minds of millions. It's hard for me just to speak out in front of a class of 18, so i cant imagine doing it in front of hundreds of thousands of people. Im in touch with the lord, and i know that one day he will bring peace on the earth. Everything that is happening around the world is just a test that he is putting us through. To see if we can all come together as a whole, like one big ship, that will carry us down the path of righteousness. It's really terrible to think that all of our worst nightmares are coming to life, and there's nothing we can do about it. But i believe that if we can sing our way to realization, then anything is possible. Aids is a horrible disease that not only affects the carrier but everyone around them. I hope that one day someone will find the cure for it. Remember, Always Blessings, Never Losses.