Tony Cummings reports on PETTIDEE, the Florida rapper with the militant crunk sound 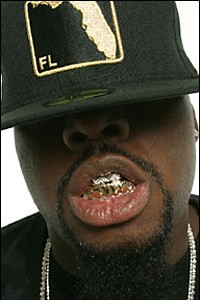 Any attentive Cross Rhythms radio listener will already know the sound of Pettidee through the airing it gave "Don't Stop" from 2006's 'Thug Love' album. Pettidee delivers straight up crunk which Feed Magazine nailed as "Dirty South meets Shaggy". So far, American Christian radio has been reluctant to give exposure to Pettidee's crunk sound. Recently Christianity Today asked the veteran rapper why his style has failed to get the exposure of the pop rap purveyors. He replied, "My sound is street. It's been street since '94. Christian radio says I'm too urban, so I don't fit into a lot of formats that play Christian music. So I'll just continue to be who God made me. My music is not really for the Christian audience, it's for the lost. I won't make music to tickle people's ears. Artists do that, and then call it ministry. I make music to win the lost, and to encourage the body of Christ. The soldiers [i.e., believers] catch on. Gospel rap is very cliqued up. They fake like it's not, but it is. I'm a producer, so I get along with everybody. I love seeing new soldiers come up and stand for Jesus. But everybody doesn't feel the same way. No unity, no army, no force."

Pettidee was born Dewayne Petty in Tallahassee, Florida in 1973 and grew up in Jacksonville, Florida. His upbringing was hard. He told journalist Gerard Bonner, "When I was growing up, I was molested and abused. I had a tremendous resentment towards men and I was determined that I would never let anyone hurt me. So I was going to hurt people," said Pettidee. The one-time self-professed "church boy" really took a turn for the worse as he pursued a violent lifestyle involving guns and drugs. "I thought that I was 'Mr Invincible' but I was unhappy. I was suicidal and tried to kill myself two times. It was nobody but the Lord who preserved me. That's why I titled the album 'Still Alive' because after all that I've been through, I'm still alive," stated the rapper.

After a monumental conversion experience at the age of 19 everything changed for Dewayne. Always having a gift for music he began creating amateur loops on his boom box. He progressed quickly and in 1994 had a track on the nationally released compilation 'Heaven's Hip Hop' on Grapetree Records. It wasn't until 1999 that Pettidee's first full album 'Still Alive' was released on Shadrach Entertainment. Having toured with Dirty South pioneers Grits, the duo were among the guests on the project, other guests showcased including pioneering Christian rapper Lil' Raskull and, surprisingly, jazz duo Allen And Allen. On its release Pettidee said, "This project has been a long time coming. I had to be very patient. I had been almost signed several times and have been working on my craft for several years now. I've been underground for a while now. The Lord knew that I had to wait until the time was right." 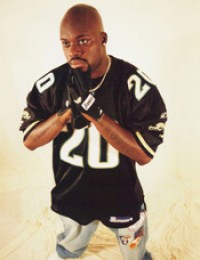 In 2001 and 2002 the rapper's two volumes of 'The Legacy' were released, the second volume appropriately titled 'Street Music', while in 2004 a compilation 'Resurrections: Lost And Revisited' found its way into the hands of Pettidee's growing posse of supporters. It was 'Thug Love' on Beatmart Recordings which gave the crunk maestro his biggest exposure so far, though. Now 'Resurrections: Past, Present And Future' is a much needed retrospective of the rapper's output plus some brand new tracks. His output continues to be deeply radical, like the song "All Alone". Pettidee explained, "It's about the Darfur genocide in Africa. We just shot a video for it in Africa, and a lot of eyes will be opened by this video."

With his gold-plated teeth and platinum chains, Pettidee has a Southern hip-hop culture image that some conservative elements in the Church struggle with. When Christianity Today asked about his appearance he responded with typical vigour, "I wear a grill and chains because that's what I like. Pettidee is not a concept, or an image. I am the man God made me to be. When I open my mouth, the word of God comes out clear. People didn't understand John the Baptist's look either, but his ministry was effective. As long as people are still getting saved at my shows, I'm-a keep being me."

Pettidee had some final words for the youth of today. "The Bible says that there's death and life in the power of the tongue, and whatever you open up yourself to. . . You know, my pops used to say, 'Show me your friends and I'll show you your future.' Whatever you are around, that's what you will attract to yourself. I just want them to know that Jesus loves them and he died on the cross for their sins, he'll never leave you nor forsake you. There are some people out here who have been abused, molested, your parents might be on drugs and you see no way out. I'm here to tell you that Jesus saved me. I was suicidal and tried to commit suicide twice. I was one of those kids who felt as if there was no hope for me. If you feel that there's no hope for you, just put yourself into the hands of the Lord. You're reading about somebody who had no hope, who put a gun in his mouth and tried to overdose on pills, but I'm telling you that if you put your life in the hands of Christ, he will turn it around. You are still going to face trials and tribulations, but I'd rather go through my trails and tribulations with God than to go through them without God. Let him be the daddy that you never had and you'll see your life tremendously change."

Petty is a breath of fresh air for such a time as this. We appreciate his stand for God and not only reading it but. ... doing what it says to do. We love and thank god for him and his family.

I would like to personally thank Mr. Petty. I listen to "Thug Love" all the time and the music is encouraging for a black man in these times and for Christians period.

I saw Pettidee in a church preforming in nashville tn i have loved his music and Canton Jones ever since!

I know Petti D personally as he is one of me and my husband's many children. He is truly a man of God. He lived with us as part of our family. We love him and are SO VERY proud of the man of God that he is. Our family are his greatest fans. Whenever his "little sisters" knows of him being anywhere where they can arrange to be, they always go to support him. He has a style that introduced me, as an older generation christian, to how rap is a vital part of how GOD wants to reach the youth. I've been hooked on it ever since. I just wish I could get a hold of some of his first mixes that were on tape that he made for me when he was 19. He really needs to be promoted in greater ways because of the anointing to reach and to speak the language of the youth. If they could hear him, they could understand what it's like to have hope in a hopeless generation.