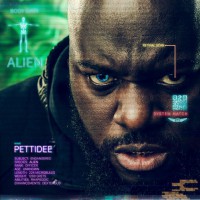 GRAMMY-nominated veteran rapper Pettidee released his 10th album 'Alien' in August. Following on from 2013's 'Kill The Messenger Mixtape (ftg DJ Dex)', the Florida native, now based in Nashville, explores on 'Alien' the pain of losing his mother, a mentor, his cousin and a close friend. At the time Pettidee considered quitting music altogether. He said, "I just felt like I had helped so many people, now I needed help." He credits God and his supporters for getting him back on track. Of the new album, Pettidee said, "I want people to push through and I want this to be the soundtrack to pushing through."