Phil Lewis: The singer/songwriter from Wales

Welsh singer/songwriter PHIL LEWIS has an eclectic style and some hot demos. He spoke to Susie McLoughlin. 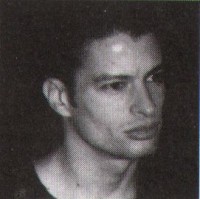 The more attentive listeners of those given-free-with-the-magazine cassettes known as the Cross Rhythms Experience will recognise "Fantasy Reality" by Phil Lewis. It's engaging '60s retro sound - a kind of Herman's Hermits meets Elvis Costello groove - caused Greybeard Cummings to dance around the Cross Rhythms office. The privately produced six-song cassette, from which it springs, 'Better', is actually Phil's fourth recording. The Penarth-based singer/songwriter has been building up a reputation among the demo-grooving Internet underground for some time.

Phil's first two songs on 'Better' are a response to drug abuse and as you hear the words of "Fantasy Reality" and "Stream Of Consciousness" you'll hear the underlying message. Says Phil, "Although 'Fantasy Reality' is an old song that I wrote three or four years ago, it's still one of the most liked. When I wrote it I had a line in my head, 'Beauty queen," and wanted the lyrics to be a fairy tale, like 'Somewhere Over The Rainbow', although others saw a different angle. With 'Stream Of Consciousness' I wrote words I liked the sound of and the chorus quite nicely veiled a stab at drugs.

Now with a group of musicians Phil gigs in the pubs and clubs of Wales and surrounding areas of where he lives. He says, "I haven't got as much to say to Christians, but to the un-churched - that's where my calling is, into the mainstream. I want to be a creditable alternative to Oasis." However, Phil did play at the Greenbelt and Spring Harvest festival in '95 and has also sung in his church for the Carols By Candlelight service. He explains, "Martyn Joseph usually does it but couldn't this time so I did it. He didn't mind. He has been very supportive in what I do and I'm extremely thankful for him and although Martyn's not aware of it, he's probably had more of an influence on me than he knows."

Phil explains how from an un-churched background he came to have Jesus in his life. "It was about seven years ago, a challenging and stressful time when I was doing A Levels that I became a Christian. A girl I knew was my reason for going to a church youth group meeting, but one night after a particular sermon I had another reason for wanting to go. The talk was about where is your life going? Put your trust in Jesus."

That night the words which were spoken touched Phil and he made that commitment. "The sermon was also about God granting you the desires of your heart and that he saves you for a purpose. It was a clear vision of life." God placed a desire in Phil's heart and a year later he began to teach himself how to play the guitar. "It's been a steep learning curve," says Phil. "I seem to be learning all the time."

In the last four years he's released five private recordings, two with the now defunct Full Circle and with his latest effort 'Fidei Defensor' being a kind of best of/re-mixes compilation of eight songs. His final comment bodes well for the future: "I have some new ideas I would like to record." The great private recording-buying public awaits, Phil.