Plankton Records: An extraordinary tale of 40 years of Christian music

Tony Cummings spoke to Keith Dixon to get the history of a tiny record label, PLANKTON RECORDS

Since the 1950s, record labels have sprung up in Britain to serve the needs of the UK Church. The mainstream's record labels of the time undoubtedly looked for their biggest sales and biggest profit, so that only an occasional cathedral choir or a Salvation Army brass band would get a release through an EMI or Decca. Then small independent labels, inspired by evangelical zeal, began recording or releasing from the US, a regular trickle of sacred soloists, instrumentalists and vocal group harmonisers and, by the '60s, Christian beat groups to fill the record racks of the growing number of British Christian bookshops.

Some of these pioneering companies, like Evangelical Recordings, petered out in the '60s. Others gradually grew in size and, in the '70s and '80s, through numerous takeovers and name changes, continued on. Marshall, Morgan, Scott became Pilgrim Records and eventually Marshalls; Echo became ICC and eventually Essential Christian; Sacred and Herald Records became Word and eventually Authentic; and, most spectacularly of all, Key Records became Kingsway Music and eventually Integrity.

However, all this bewildering activity of American buy-outs and even multi-national involvement is a long way from a tiny record label started in a terraced house in South London. Plankton Records began in May 1978 as a flag of convenience to release a record by a raw band of zealous rockers called Sea Stone. Astoundingly, this tiny concern has continued and down the years a trickle of releases has continued up to today.

Now, Plankton have released a various artists two CD box set, 'b. 6th May 1978: Forty Years 1978-2018', which demonstrates that passion for music and the effective communication of the Christian message, rather than big financial backing or even retail support, are all that is needed to capture on vinyl, cassette or CD music of significance. The release last year of the ground-breaking celebration of the Beatitudes by Nine Beats Collective produced three Cross Rhythms radio hits while a soon-to-be-released remix of a track from that album, "Wild World" featuring Barry Taylor, shows that Plankton may yet rise to national industry renown. Keith Dixon, one of the co-owners of Plankton, visited Cross Rhythms to tell the story of amazing record label survival.

Tony: Well, I suppose we'd better begin at the beginning. 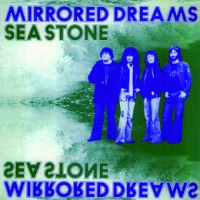 Keith: We're celebrating our 40th anniversary this year. The sixth of May 1978 was the first ever release by Plankton Records, a 12-inch vinyl album called 'Mirrored Dreams' by a band called Sea Stone. That came about through Simon Law, who was the leader of the band and the founder of the record label. He's still a partner in the label with me today. The band had come into a studio to record an album, and they'd trawled it round the record labels. The secular labels said, 'It's too Christian for us to release,' and the Christian labels at the time said, 'It's too secular to release,' as in, 'the style of music is not what Christians are listening to.' It was blues-influenced rock. Simon and the band were very influenced by Jimi Hendrix and The Who. The lyrics were very forthright: there was nothing subtle about them. There were songs about abortion on there.

Tony: When he was releasing his own album, did Simon have any idea there were going to be other artists?

Keith: No. Because the band were a working band, going out and playing everywhere from pubs, clubs to church halls; they were doing prisons, all kinds of things: anywhere they could play to a crowd. There was a demand from the crowds: 'Have you got anything we could buy?' This was before the days of the internet. If you wanted music, you had to go out and buy it, if it wasn't on the radio. They recorded that on the back of the demand, pressed a thousand copies, sold them, made a small profit, and then at that point - they'd already called the label Plankton Records - to put the money back into the label to make more products.

Tony: Who was Plankton's next artist?

Keith: It was Sea Stone for a couple of years, while things got going. They did another single, they did an EP, and they put out a couple of projects - one for a guy called Pete Ward, who Simon had met on a mission in Hull, and there was also a band called Solid Air, who were a contact from Greenbelt. Simon had for a long time been part of the Greenbelt Festival. At that time he was very much involved in The Fringe part of the event. If people remember the Greenbelt of old, the Fringe musicians attended the bandstand. Simon, myself and Plankton Records helped to run it.

Keith: Yeah, he did. He was part of a youth set-up in Oxford called Oxford Youth Works. They were doing a rock communion service, which is basically putting the liturgy and the text of a Church of England communion service to music. That was something they started, and we picked that up when they stopped. They didn't back off, they moved on to something else, but we kept that going. Simon's then-band, Fresh Claim, did a lot of rock communions around the country and released some of the music from that on Plankton. Pete was very much an independent artist in his own right, a brilliant songwriter - very observational, very poetic. He did a couple of EPs, four songs on a cassette. They were fantastic, and they still hold up today, the quality of the recordings. Then he did a song with another guy under the name of Trevor Speaks. He moved on to be the Archbishop of Canterbury's youth advisor, and now he's a lecturer on theology at Durham University. We have important people!

Tony: Does he still remember fondly his Plankton days?

Keith: Oh yeah, yeah. We're friends on Facebook, and he's still very friendly with Simon Law. Simon is now a vicar, and he looks after a couple of churches in Essex. He had a sabbatical recently and spent a lot of that time with Pete up with Durham. They're still very close friends.