Few new bands have created such a buzz on the US scene as ROCK'N'ROLL WORSHIP CIRCUS. 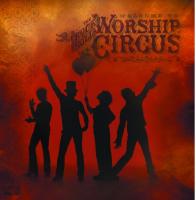 Gabe, Blurr, Solo and Zurn are the Rock'n'Roll Worship Circus who are making what could be classed as the most adventurous worship music on the planet. Dressed in suitably rock'n'roll clothes and with haircuts that would have put '70s period Faces band members to shame, there is nothing about this band that is merely image. Instead they have managed to create worship music with a rock ascetic that manages to combine the Monkees, late '60s psychedelic and '70s glam. It's quite an intoxicating blend!

Singer and songwriter Gabe is the driving force behind the band and he describes the circus as "a bunch of friends that all went to church together and all played on the worship team together. We just decided to get really serious about writing great worship songs. So that's kind of how we started. We just wanted to write worship songs that weren't all 10 minutes long and actually had pop sensibility and were catchy. But then at the same time, songs that would actually touch God."

Listening to the album at a distance it certainly doesn't sound like any worship album you've ever heard but the band's roots are firmly in their local church. "Our church is blessed with many, really talented musicians," Gabe explains. "It's a really small church of only about 250 people. There's six or seven different worship teams, each with their own worship leader. The music runs the gamut from Native American sounds, through to jazz. There's one band we have that sounds a lot like the Rolling Stones! Our pastor has just given us a lot of freedom in experimenting in the arts and really practising our gifts. Not necessarily just confining us to playing cover tunes, or the popular worship songs. He's just really facilitated the writing and the use of original worship songs."

One song that leaps out of the speakers on their debut album is "The Blood Of Jesus". It's certainly original and it's the only worship song I've ever heard that has the word "baby" in it! Gabe explains, "That was one of the first songs that we wrote. It was really influenced by the '60s. I love the Monkees, the Beatles and the Stones and a lot of late '60s pop music. That said, we were just jammin' one night and stumbled onto this thing. It just made sense to put the word 'baby' into the song, which has raised a few eyebrows!.at least over here in the States. It's kind of weird to have the word 'baby' in a worship song! So it was, 'the blood of Jesus baby,' and for us, the word 'baby' is just like 'Hey man' or whatever. I say 'Hey baby!' to all my friends, male or female, it doesn't matter. It's not really a gender thing. A lot of times when we refer to 'baby' or 'babies' it's people who are young in the Lord, or don't know God yet. It's just fun you know?" 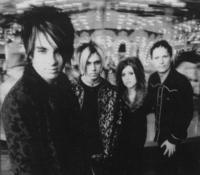 So what kind of name is Rock'n'Roll Worship Circus? "I hope it's a cool one!" responds Gabe without missing a beat. "Back in 1996 when I first began leading worship in our church, our church was in a revival. We were located in the downtown section of the city and we would have drunk people come in, we would have street people come in, we'd have normal, fashion people come in.any and every walk of life. I would tell people when I would invite them to our church, instead of saying, 'Come to our worship service, it starts at 5.00 o'clock,' I'd say, 'Come to our worship circus,' because you never knew who was going to walk in or what was going to happen! So when it came time for us to have a name for our thing, it just became the name of the joke that we called our church, which was The Worship Circus! I guess the Rock'n'Roll came in because we play rock'n'roll. Some people think it represents the flow and other people are sort of put off by the name, but it's just a name."

2002 seems to be the year for Rock'n'Roll Worship Circus. Having released their debut CD 'Big Star Logistics 'on the small independent Sovereign label, they signed with Vertical Music and released 'Welcome To The Rock'n'Roll Worship Circus'. The 'Welcome' album takes cuts from their debut and mixes in newer material. One final question springs to mind whenever I meet a new worship band. Are the band just surfing on the wave of the current fad for worship albums? Gabe is honest, "A lot of people have asked us if we've just caught the wave or whatever but it was never the goal. We hadn't heard of Sonicflood when we started this thing. We had heard of Delirious? but I still to this day don't own one of their records. It wasn't really a thing to catch a wave, or 'Maybe this will make us popular' or anything like that. It's just that we're worship leaders at our church. So, instead of taking our efforts and our talents to try and establish a pop group, we just decided to keep leading worship. Then it was almost like God established the career for us."

I love rock and roll worship circus(the liostening), i saw them in concert with deirious and now have all there CD's
Gemz x x