Sam Ock and AMP: The Korean American singer and rapper 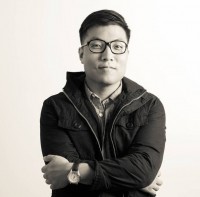 Korean American Sam Ock may not yet be well known in the UK - though his recent Cross Rhythms radio hit "Make Me Smile" is a small step in changing that - but in the US his flow of albums and singles on the label Good Fruit Co he co-owns have brought him to the attention of the big Christian music audience. And if that wasn't enough, Sam, as part of the rap group AMP, also finds himself (to use one of those much loved record industry phrases) big in Japan - AMP's albums getting radio exposure with the group playing gigs in Japan to hugely enthusiastic audiences. Sam himself is puzzled how AMP's gospel hip-hop should find a receptive audience in one of the least churched nations in the world. He said, "It is definitely very perplexing our music is finding acceptance there. It's crazy because AMP's music first entered Japan before anywhere else."

Sam sings and raps with AMP but there are many more strings to his musical bow. He is able to handle all styles from dance pop to easy listening and, on his latest album 'Wintery', jazz-based Christmas songs! He commented, "I just really enjoy different genres of music. I was taught that very early on. I grew up in a very classical home. My mother would sing opera; she used to be an opera singer. I grew up hearing classical music. She would wake me up in the morning playing the piano and singing songs so I had more of a classical background. But as I grew up I started to become interested in many different musical genres. Growing up in the States, particularly around areas that are more urban in nature, they definitely have more of an R&B and hip-hop influence."

Sam was born in Maryland and grew up in a rich Christian environment. He said, "Both of my grandfathers were ministers and my mother also became a minister and my father was an elder in the Presbyterian Church for a long time. So I grew up in the faith, I guess you could say, but I didn't really own the idea of having my own faith until I was around 12 or 13 years old. I began to face these sobering questions of do I believe that God exists; if God does exist then if what he says in his word is true then that must mean that I - because I became aware of how bad I was as a person, I must need a saviour. The truth of the gospel, the truth that Jesus came to save sinners and reconcile them to himself was something that became very beautiful and true to me. Yeah, when I was around 12 or 13 years old."

Sam continued, "I kind of grew up singing. My family was the kind of family that would hold weekly home worship services where we would sing hymns together and we would sing four part harmonies together. My father would decide who would sing which part so I grew up singing almost in a choral setting and then around high school I became interested in the art of hip-hop and rapping so those two skills, they kind of kept growing themselves. I definitely grew up as a singer whereas I became more interested in rapping. I see rapping as an instrument of music making." 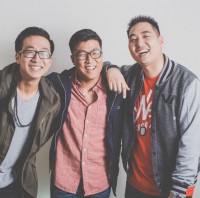 AMP consist of CL, James "J" Han and Sam. In 2009 Sam saw a "silly" Facebook video of James rapping; soon after that, James discovered CL's rap ministry through a church performance. The three became friends and started to collaborate and gathering in Sam's basement and swapping ideas ended up with the track "Never Change" which went viral with over 1.5 million views on YouTube. The same year all three were invited to perform at a Chicago event and by the summer of 2010 a self-titled album was released and the group began touring the US, garnering a fervent grassroots following. The following year Sam released his first solo project 'Simple Steps'. In the summer of 2012 AMP's album 'Glory Songs' and Sam's EP 'Rest Easy' both found a receptive audience.

In 2015 Sam released the solo project 'Grey', an album which was to contain Sam's radio hit "Make Me Smile". Sam spoke about the concept of the album. "The idea behind 'Grey' was that as a Christian I believe in the truth that is pure and I kind of associate with the colour white. No matter what happens, the truth remains solid truth and pure and trustworthy. Whereas life feels very black or at least grey. That conflict, that feeling of greyness is a clash of spiritual forces. One of my favourite songs off 'Grey' is one of my most vulnerable. It's called 'What Have I Done?' The track is an honest inner monologue of right after you have really messed up. It's 'My God, what have I done? Things have been going well but have I just thrown it all away?"

For the future Sam is optimistic about where his music, and that of AMP, could take him. "I am one third of the founding members of Good Fruit. What we really want to do, especially for the believers abroad and worldwide, is that we want to make hope and truth a three dimensional thing versus just being a one dimensional reality: you must trust and believe that this is true, you must be an ascetic and deny the senses of life and the reality of life and just cling to the church. We want to help every person, assist them in their struggle of really trying to live with this hope day to day and to allow them music to take them to the place where they can really confront reality but also confront the idea that no matter what is happening in this life, the truth remains. That's really what we want to do."