Jonathan Bellamy caught up with elusive SHIRLEY NOVAK to get her story. 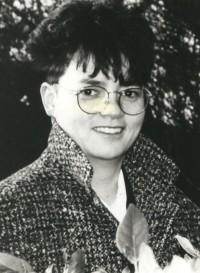 Be honest, at the age of 12 you are far more likely to have been influenced by Abba and the Bay City Rollers than Kenny Ball And His Jazzmen. Not so with Shirley Novak. While most of us were giving it the "Bye Bye Baby"'s and the "I Do I Do I Do I Do I Do"'s, or were just far too cool to admit that we were, Shirley Novak was listening to the likes of traditional 60s jazz and her father's favourite US country singer, Patsy Cline. In fact it was not until much later that Shirley found an interest in the more popular styles of music. As she explained when I spoke to her recently; "I only really became interested after I became a Christian, when I was about 17, and I started to write poetry. Then I taught myself how to play the guitar and I just put the two together and started to write some songs. As a result I began to listen to people who were doing the same sort of thing, guitar and voice, and in particular Joan Armatrading whom I greatly admire."

Not many would cite their first song as a classic, and 'High Eagle' in 1977 was no exception. Whilst on a skiing trip Shirley was struck by the thought "wouldn't it be great to be an eagle and just fly around all day admiring God's creation!" As Shirley explained, with a laugh, "It was very Eurovision Song Contest. It was the first song I ever wrote, and it was probably the worst song I ever wrote!" Unfortunately it wasn't recorded, so we'll just have to take her word for it.

At that time, in Farnborough, Hampshire, she joined her church music group as an instrumentalist and backing singer. This soon led to an invitation to join a group called Spearhead who were being formed as part of Mission England; a group which was to last until 1984 and which gave Shirley a valuable opportunity to perform the songs she had written.

Following Spearhead's disbanding, in 1985 Shirley was encouraged to make a demo of some of her songs and send it to all the major Christian record companies. She wasn't exactly brimming over with confidence. "I thought I'd get a lot of replies saying 'thanks, but no thanks, we've got Sheila Walsh', and so I did! But there was a new company starting at that time, Ears And Eyes, who already had a male artist (Zero Option's Ralph Ward) and a band (Royal Rendezvous), and they were looking for a female artist to start promoting".

Out of this came an imaginatively entitled 7-song tape, ' 7 Trax', and reaction to it was so good that in 1987 Ears And Eyes decided to go for a full blown album, 'Beyond Your Eyes'.

Musically 'Beyond Your Eyes' is distinctly roots with plenty of jazz saxophone thrown in, and as such is still refreshing to hear today. Most of the tracks were written by Shirley, yet also included are two John Pantry songs and a particularly gutsy Martyn Joseph track called 'The Liar'. I asked Shirley why they were there: "Well", she replied, "when I got to Ears And Eyes I discovered that John was actually involved with the management of it. Then when we came to do the album they felt that with a couple of John Pantry songs on it it would probably sell better, which is why I did the Martyn Joseph one too. And although I didn't particularly ask to have them on it, I'm glad that they are. They didn't do much to the sales though!"

By 1987 Shirley had already appeared at Greenbelt, Spring Harvest and on TV, and had toured Germany, Belgium and three times around the UK. However, the release of 'Beyond Your Eyes' did not produce the explosion it might have done, and so I asked Shirley whether she was happy with the way Ears And Eyes handled the project. "I was at the time", she explained, "I thought I'd been signed to Virgin! But in those days I knew nothing about music, the production and marketing side. In fact I was pretty naive and sort of said 'Yeah, OK that's fine, get on with it'. But now when I look back I can see how things could have been done a lot differently. No, Ears And Eyes wasn't an ideal company really".

Funnily enough, it was shortly after 'Beyond Your Eyes' was completed that Ears And Eyes went bust. Suddenly Shirley was free to move on and Word snapped her up to make her third album 'Semi-Aware', in 1989. A highly thoughtful and unconventional album, 'Semi-Aware' highlighted a slight change in style for Shirley Novak. The folkiness was still there but the saxophone was gone and with it went a lot of the jazz feet which was so noticeable before. Instead here was a less cluttered album that made far more use of Shirley's vocal talent and as a result exposed her gifted lyrics, the track 'This Is England' being very reminiscent of a musical Billy Bragg. In place of the jazz came a whole variety of percussion but with surprises like a blues 'Sometimes I'm Lonely' and a rocking 'Breath From Heaven', the variety on 'Semi-Aware' led people to suggest influences as diverse as Fleetwood Mac, The Eurythmics and U2. On its release 'Semi-Aware' was a Word 'Album Of The Month'.

But then suddenly Shirley Novak seemed to disappear. What happened? "Well", she explained, "in 1991 I was ready to do another album for Word, when all of a sudden their money ran out. Also, what I've been doing is really just developing my style. I've come away from the Christian canopy, and I'm taking what I have to say in my music out to secular venues, wine bars and some pubs. I got so fed up with doing Christian concerts where only Christians came or nobody came. I do a lot of covers but also put my own stuff in between them and hopefully speak to people that way". Shirley continued: "We've started to do universities a great deal too, but not in the Christian Union, in the Student's Bar. Since I've been doing this I've never enjoyed my music more. I think God's leading me just to stick my neck out really!"

Recent years have also seen an increase in tours to Europe, particularly Holland where she has been well received ever since her show stopping live appearance at the Flevo Festival in 1991. In an event dominated by large slick American bands Shirley was sent on stage with just a twelve string guitar and, with similar success to what Tracey Chapman achieved at the Mandela Concert, she wowed a packed crowd for 30 minutes. Not only that, but it marked an important development in her career as she was quick to point out: "I just came out and sang to about 10,000 people with my guitar, and I suddenly realised that what people wanted of me was not a flash band or flash songs but just songs that people could understand, that weren't too deep and had a simplicity of playing. It was probably from that point on that my music began to change and it became what I wanted it to be, what I enjoyed playing and what I enjoyed listening to".

Since then, with renewed confidence, Shirley has been writing a whole batch of new songs. So much so that a brand new album is on it's way for the autumn, possibly to be recorded with Kingsway. Her excitement is obvious. With so much new material ready to be recorded she is keen to get out and let people hear it. In late November there is the exciting prospect of linking up with Sue Rinaldi (ex-Heartbeat) and Caroline Bonnett for what is to be called The Alliance Tour'. And of course, in July, Shirley is to appear at the Cross Rhythms Festival with her new band. As she cheerfully announced: "It will be good for me. I'm working with two others at the moment: Liz Welch who plays piano accordion, snare drum and piano; and Gavin Courtie who plays double and fretless bass. And with me on guitar the overall sound is quite skiffly and quite raw. I'm really looking forward to showing people what I'm doing now, and how I've changed". Perhaps the lady's back to stay.