The newly published book The Contemporary Christian Music Debate' by STEVE MILLER has already attracted rave reviews. Cross Rhythms enthused that it was "the most important work published on the subject of music for decades." But who is its author and what made a divinity professor from Georgia spend years researching the development of contemporary music styles within the Church? Steve Miller was interviewed by Jan Willem Vink. 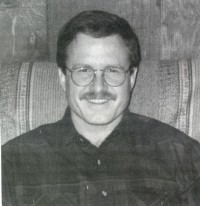 Can you tell something about yourself? I understand that until recently you were working in Slovakia. What were you doing there?

"As a 16 year old high school student I attended a Christian retreat and for the first time understood God's love for me. God touched my heart; I responded to him by faith and I have never been the same. During those school years I developed a longing to know God's word and a heart for ministry. Following Bible College and Seminary, I worked as a minister of youth for five years and co-pastor for three years in the United States before moving to Slovakia in September of 1993 with Reach Out Ministries. While in the States my wife (Laurene) and I had developed a burden for equipping Christian workers in Eastern Europe who lacked the resources we had in abundance in America. In particular, youth ministry resources are almost nonexistent there, so we were organising training conferences, translating materials and consulting with youth workers and pastors, helping local churches develop youth ministries. Since music and worship are crucial elements of an effective ministry, I find myself teaching seminars and consulting concerning the role of music in the church. We are now back in Georgia and I will be working for Reach Out Ministries from this base, writing materials for Slovakian church leaders, and making two or three trips per year to Eastern Europe."

How did you come to write 'The Contemporary Christian Music Debate'? Has CCM had much of on effect on you personally?

"After becoming a Christian, my Bible study teacher took me to my first Christian concert. I was overwhelmed by the atmosphere generated by a group communicating a Christian message through the style of music I enjoyed. I began to purchase Christian tapes and replace the negative secular music I was accustomed to with Christian music. Groups like Truth and Lovesong began to fill my thoughts with the words of Scripture and renew my mind. I can remember being so burdened for the lost people through a song by Keith Green that I had to pull my car into a gas station just to witness to a gas station attendant!

"I wanted others to experience the same impact of Christian music in their lives, so I promoted this music among my Christian friends and those I ministered to. I lent tapes to people, took people to concerts and helped to sponsor concerts, both in our local church and in the community. This has been my relation to the world of CCM, not as a performer, but as a local church minister who has made use of this music in ministry.

"The Contemporary Christian Music Debate' came out of the controversy that surrounds CCM. I attended a seminar as a youth where a respected Bible teacher condemned CCM as worldly and cited psychological studies which he said proved that contemporary music, particularly rock, was harmful to the mind and body, regardless of whether the lyrics were Christian or pagan. I took these claims seriously. If this music was harming people spiritually, I sincerely wanted to know and was willing to listen exclusively to whatever music was positive. Over a period of years I devoted untold hours to prayer, interviews, research into the scriptures, church music history, psychology, anthropology, music theory, missions and other areas that shed light on the controversy. My decision to put the results into book form came as a result of the continued division that I have seen in local churches as a result of the controversy."

In your book, you strongly advise the church to use CCM in missions. Do you see that happen on a large scale? What are the opportunities for contemporary Christian music artists in missionary work?

"The main thesis of my book is that Christians should "become all things to all men" in order to reach them, following the model of the Apostle Paul in I Corinthians 9:22. Missionaries all concur that we should adopt the spoken language of a people group in order to most effectively reach that people group. I believe that we should also use certain forms of the people* group's musical language to most effectively minister to the people. Often, this means that groups will develop indigenous hymnody based on folk styles that are popular among the people. But popular music from the West has become the musical choice of much of the world's population. For example, one journalist found that Indonesian youth were more interested in Michael Jackson than in Mohammed. Because of the popularity of Western music worldwide CCM can be used powerfully in missions, if, of course, the musicians are culturally sensitive.

"Although many artists have performed with positive results in foreign lands, I am more excited about people like Scott Wesley Brown who train nationals how to minister to their own people through music. Recently I attended a Christian music festival in central Slovakia where Slovak groups performed in a variety of contemporary styles. I was impressed by both their excellence in music and their ability to minister through their music."

Do you think the growth of CCM, in becoming an industry, is a positive contribution to its potential to reach the world?

"Whenever a ministry grows, it must organise, employ people, and generate money to keep it going. This is not necessarily negative. Many Christian books, for example, would never get into the hands of the people who need to read them if it were not for the industry that markets and sells these books. Sure, some will write books only to be respected or just to make money and some industry people will be corrupt. But even among Jesus' disciples, one out of 12 was corrupt. So with the Christian music industry. There have been, and will continue to be, many publicised inconsistencies. The secular press looks for stories like these.

"Overall, however, I think the growth is positive. Without the industry, I would never know of or be able to acquire tapes by many artists who could minister to my life and others. And since only 20 per cent of church youth in America have heard of a Christian group as popular as DeGarmo And Key, the industry has a long way to go in getting the word out. But don't blindly assume that all involved in the industry are Christians ministering with good motives. We need contemporary prophets to point out inconsistencies and help the industry focus on ministry."

ou document different revivals in your book where music took a central role in speaking to the people. Do you think the current CCM industry has the potential to do the same? Or do you see such a role more for praise music?

"I don't think God uses industries as much as he uses individual men and women whose hearts are set on fire for God. Many minister to God today all over the world because they were challenged by the ministry of Keith Green. His heart and life echoed his challenging lyrics and God used him. Historically, we see renewal and revival enhanced by combining Christian music in the style of the common person with the ministry of the word. Look at the Reformation or the ministry of the Wesleys. We have seen some of this combination in our own time when churches like Calvary Chapel used preaching and contemporary Christian music to reap a great harvest during the Jesus movement. Around 5000 people indicated decisions for Christ in one year through their concert ministry.

I greeting you in the name of Jesus Christ.