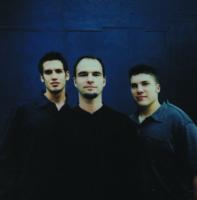 In a hotel in downtown Nashville, Lamont Hiebert from Ten Shekel Shirt is sitting in my room talking about the band's debut album 'Much'. Originally recorded as an independent release, its rootsy production, Lamont's perfectly crafted songs and clichÃ© free lyrics have led to the album's slow burning success as initially word of mouth and then with the signing to Vertical, record company marketing have seen the album taking off.

Originally more into sports than music, Lamont only picked up a guitar in 1992 after his brother, who had been a guitar player, died. He says simply, "I just decided to pick up the guitar and things just kind of took off from there. There was a worship leader at the Youth With A Mission Campus in Tyler, Texas who left, so I hadn't been playing long and it was kind of a need that needed to be fulfilled. They stuck me up when I was pretty inexperienced at it. In a lot of ways though, I really treasure those beginning times. There's something about having absolutely nothing to prove. I wasn't some guy with a couple of CDs out. It was just a really unique, innocent time of simple, childlike worship. Sometimes, I miss those days, I miss the simplicity of knowing five or six chords. Most worship songs are only four or five chords anyway! But I miss those days of the simplicity of nothing to prove and just singing a simple song to the Lord."
He continues, "I miss those days in some ways because I was always desperate for the Lord. I never could rely on myself because I was always inexperienced enough, to where, before every show, I would lay flat on the ground and say, 'Oh God, I am nothing, you are everything, help me do this!' And God would be glorified in the whole thing and people would be touched. I still feel desperate before the Lord actually. But I think I'm more tempted to rely on the fact that I've been doing it for a number of years, but when it all comes down to it, it really does go right back to the same thing. I still lay flat out on the floor before the show and say, 'Oh God, you're everything.Please help me!"

Ten Shekel Shirt's debut album 'Much' manages to combine songs that lift the listener to God but also songs that connect the band with the listener. Lamont admits, "Everything I do comes from a heart to meet and connect with God and also to meet and connect with people. So, most of what I do is either worship or inspires worship in some way. Now that's not to say I won't throw in a song or two on an album where I'm trying to just connect with people or when I do some live shows do the same sort of thing. But most of what I do is out of a heart to try to connect with and worship God." 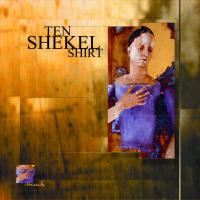 The band blends acoustic styles, some stunning electric guitar moments that up the intensity levels here and there and then there are some beautiful sensitive sections like the strings on "Unashamed Love". It's an intoxicating blend and within it all, Lamont pens songs that are compelling. He says, "I want somebody who's a church seeker but not necessarily a church goer to be able to walk into one of my worship sets and be able to sing along in a language that they would use. That's a rule of thumb I use in writing. Also just the honesty thing, I hate to sing something I don't believe So, I suppose one of the spiritual vibes I tried to have behind it was just an unpretentiousness but yet being honest, which still allows for expression. You can be expressive and unpretentious."

As for the future, there is a new album in the pipeline with the tentative title 'Always Known You'. The title comes from a song that reflects on God's presence throughout our life. Since the recording of 'Much' the band have immersed themselves in the music and arts community around Yale University in New Haven. The band have had an opportunity to grow together musically so the new album promises to be more poetic and conversational lyrically whilst musically Ten Shekel Shirt look set to become a truly significant worship band. For us here in the UK, it won't be until the summer of 2003 that we'll get the chance to check them out as they hope to play the festival circuit. I can't wait!