The Best Of Movation: Zarc Porter Tells The Stories Behind The Songs

Producer/songwriter Zarc Porter gives the lowdown on each track on 'The Best Of Movation' compilation.

The release in August of the double CD 'The Best Of Movation' puts the spotlight on one of the most intriguing record labels to come out of the entire UK Christian music scene. Today the record label/production company works closely with the evangelistic ministry Innervation Trust. The creative epicentre of Movation is the Perfect Music recording studio in Cheadle Hulme near Manchester. Movation is run by producer/songwriter Zarc Porter and songwriter Mark Pennells and has released many of the finest dance and pop recordings to come out of Christendom. Cross Rhythms asked Zarc Porter to tell the stories behind the tracks on the new compilation.

1. Justified - thebandwithnoname featuring tbc
This was the first track we did with the new thebandwithnoname line up. The band had been through a bit of a rough patch for a while with a lack of members so we were a bit concerned about how well this would work. Thankfully, the new line up is awesome and this track has been working amazingly live. It also became the number two most voted song for this album (even beating "Amazing Grace") which was a big encouragement to everyone.

2. Home (Refer To Drawer Mix) - tbc
When we were talking with tbc about doing a new track for this album they wanted another up tempo dance track for their live show so we did this cover of a thebandwithnoname track that originally appeared on thebandwithnoname's 'Schizophrenix' album.

3. Amazing Grace - thebandwithnoname
As we began work on thebandwithnoname which was to be the first touring band for Innervation, we weren't sure which musical direction to take to begin with. We only had Chip K in the band and we'd just met MC Presha who was about to join. We started work on two tracks, "Amazing Grace" and "Take Up The Tempo". We decided to release a single to get things started but we weren't sure "Amazing Grace", which, or course, is a radical rock rap makeover of John Newton's immortal lyric, was any good initially. So we made the main song for the debut single "Take Up The Tempo". However, we couldn't have been more wrong. Once the guys started performing live, it became clear "Amazing Grace" was the spearhead track everyone wanted! The band's original third member, Bobsta who we'd already worked with for a while as he'd been a dancer in V*enna, joined the band just four days before they did their first ever gig!

4. Dum Diggy - Collective
The core idea with Innervation is that there are two touring bands (thebandwithnoname and tbc) and a network of dedicated school's teams (each one is called Collective). The touring bands' jobs include raising awareness for the work of Innervation, helping recruit people for school's teams while also doing their own ministry. The Collectives do nothing else but focus full time on schools work. This has the advantage that everyone can really focus on what they have to do, doing it as well as possible without getting pulled in lots of different directions. This song is one the Collectives do in schools but this version includes all the members of all the current schools teams singing together on the same track. 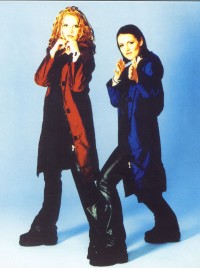 5. Where I Wanna Be - V*enna
We did this track pretty near the end of the album. It was around the time when the "Swedish pop production" sound was massive (Britney Spears, 5ive, The Backstreet Boys, etc). When we sent a pre-mix to the record company, they said they wanted it to be the first radio single. It ended up getting lots of airplay and appeared on various soundtracks like the TV series Six Feet Under. V*enna massively appealed to pre-teens and it made us realise how much effective ministry can be achieved with a band working with that age group. All of us involved were sad that V*enna split after only one album when it was growing so well. Lucy was getting married to Lindz West of The Tribe and she quite rightly couldn't tour internationally which meant the US label understandably didn't want to continue with it.

6. Backslider - tbc
We thought the girls should do at least one track that's a bit more edgy and angry for their debut album. This time the big guitar riff was played by Dave Woodman, which really gave the song its sound.

7. Shake It Down - thebandwithnoname
A brand new track recorded especially for 'The Best Of Movation'. Chip K and Leon did a verse each and Presha, who is an incredibly prolific rap writer, came in and helped us on the other sections. We have just recently begun work on the next thebandwithnoname album which we are planning will be the next Movation release. 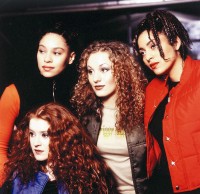 8. Don't Turn Back On Love - Shine
By the time Shine were onto their second album in 2001, they wanted to make it a bit more credible which was definitely the right thing to do. By this time V*enna were also getting up and running doing pure pop so there was definitely space for Shine to move away from that more. The only snag was that the US label just didn't get UK garage at all! The whole UK garage thing was completely alien to them so the 'Keep On Moving' album washed over the Nashville execs! I saw the girls again at a function recently. They had reformed especially for the night and hearing them sing this song really made us want to include it on this album.

9. The Real Thing - World Wide Message Tribe
We had some amazing opportunities popping up around this time (1996) and pretty much out of the blue we were asked to put together a Radio One special for broadcast on Christmas Eve. This song was originally written for that programme and it was also the first Tribe track to feature Cameron Dante. We later decided to put it on 'Jumping In The House Of God II' album the following year and as with 'I'm On My Way (To Zion)', it began to spark a lot of interest in the States. Our US label sent it over to their mainstream arm who distributed it to radio stations across the country. We had these bizarre conversations on the phone where they kept telling us they were going to make us very rich men! In the end nothing much happened except that later that summer when we toured in the States during the school holidays, audiences at the gigs always knew the track from hearing it on the radio. But people kept telling us they didn't realise that it was the World Wide Message Tribe!

10. O Sacred King - Matt Redman
We'd had so many requests from people wanting backing tracks of worship songs since doing a few on the 'Jumping' series that we decided to do a complete album of well known songs and include all the instrumental versions on a second disc. I'd been working with Matt Redman on one of his albums and we asked him if he would let us do a remix of one of his songs for the worship project (which became 'ReSource 2000'). Not only did Matt say yes but he was also gracious enough to let us get our hands on what was at the time a brand new song he'd just written, "O Sacred King". He sent a demo of him singing it onto a cassette deck and we built up a track for him to come in and record his lead vocal and some acoustic guitar. 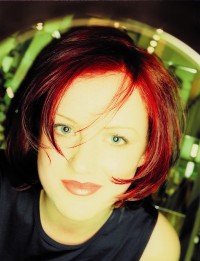 11. Nothing Compares (With Your Love) - Lucy Britten
We'd met Lucy Britten (now West) when she was in a band called Storm which we'd been working on with Matt Redman. Around that time, we asked if she would do a guest lead vocal on this song. The day I recorded it, she had a cold but I thought it was such an inspired take, I couldn't bring myself to suggest that we redid it another day. I've always loved the lyrics to this song too. Mark, who writes most of the lyrics, always manages to come up with something that is phonetically smooth in the sense that it scans well musically over the melody as well as something full of good content, something very difficult to do successfully. 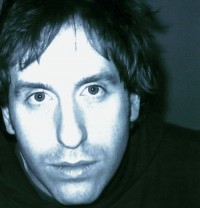 12. Holy - Doug Walker/Justin Thomas/Shine
I'd just met Doug Walker a few days before recording this when he was working in the studio with Matt Wanstall on another project. We were originally going to do this track with The Wades but it never came together for practical reasons so Doug stood in right at the last minute and did an amazing job. This was also the first track we worked on with Justin Thomas who went on to write loads of raps for the Tribe over the years.

Wonderfull to read all these nice comments about the songs. Revealing some of the stories I partly knew just by studying wwmt/movation/... from "over here" in Germany (now Oslo; Norway)