The Cost Of Independence: UK artists funding their own recordings

Down the decades the recording of music and getting that recording to the public has changed in just about every way. Once only a small minority of bands and soloists had the opportunity to record music. But the old system whereby record companies and music publishers searched and found the talent, hired recording studios and producers, manufactured records and distributed the finished recordings into retail outlets has largely disappeared. The rise of computers has heralded the Age Of The Independent Artist. Hundreds of thousands of soloists and bands have effectively been empowered to record music and get it to the public themselves. Where once only the chosen few could get their performances and songs to Joe Public, today countless musicians have found the do-it-yourself revolution and become independent artists, grappling with recording, distributing and publicising their performances and songs. I asked five UK-based Christian music artists to talk about their music and the cost of recording their independent EPs. 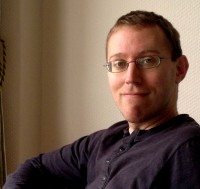 "I'm the worship leader at St Michael's, Aberystwyth and a lecturer in computer studies at Aberystwyth University. As with most of my albums (apart from the 'Order Of Service' concept album I released last year), 'Fellowship' just seemed to grow organically from the songs that developed over a few months. My focus has always been to write songs that are interesting to listen to and filled with Scripture and theology. My hope is that as people listen to the songs, bits of Scripture stick. 'Fellowship' contains songs of encouragement that have helped me (even in the melancholic Psalm 88, there is the reassurance that God is faithful until the end). 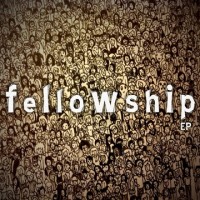 "I recorded the entire project in my flat, on my laptop using one mic, acoustic and electric guitars and keyboards. The process probably took only a few weeks altogether, but was spread out over my available time in three months. My daughter was born recently, so time to write and record songs has been fleeting! On the EP, 'Trinity' and 'Fellowship' had big sounds in my mind and it was quite daunting at the start of recording them as I thought, How on earth can I get from this empty laptop screen to something that sounds big and full? But God always seems to get me there in the end. The total cost was Â£0. For this project and my other albums I played, recorded and mixed everything myself.

"I don't need to sell any and I've been distributing them for free though it's always nice when someone chooses to pay something. It feels like someone values what I've done. I can then use the money to buy better plug-ins for the software or new equipment. Some of the money has also gone into the homeless ministry in our church." 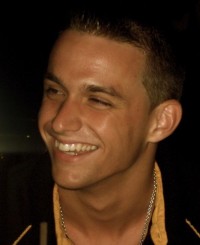 "I was born in Pennsylvania, raised in Madrid, Spain and now live in London and recently studied theology at Oxford University. My real name is Ian Martin. My EP initially came about due to my involvement as part of an entrepreneurship training scheme called The Lions. As part of the course they gave each student Â£20 and challenged us to make the most of our 'seed money' before the next training date. At first I was trying to concoct all sorts of eBay schemes to invest the money. Then it hit me, Why not use my creative gifts to self-produce a new EP and use the Â£20 for the materials to make 50 physical CDs and sell them on? That's precisely what I did. I took a couple of songs which I had recently written and collected three other songs, collaborating with some producer friends. 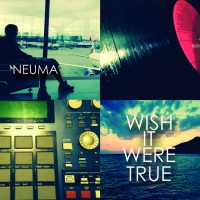 "I recorded and mixed the EP at my own home studio in Birmingham over the period of about two weeks, squeezing in recording around Masters study and work. I used Logic and Pro Tools for recording and mixing, using an Mbox 2 Pro interface with an AKG C2000B microphone and an Se Electronics Reflection filter. What I particularly liked about the project was the realisation of just how much I could do when I was being pushed by a hard deadline. So much of the time I complain that I do not get enough time to be creative, but the reality is I am often not being pushed to produce. When I am pushed I can be very productive in a short space of time! It forced me to be creative and yet work to a deadline, and I made some of my best work to date (or so I think).

"Keeping costs to an absolute minimum was part of the challenge presented to me by The Lions. My aim was to multiply the Â£20 seed money by 10. Thankfully, I was able to make the most out of their seed money because I am a trained audio engineer and own all the equipment necessary to produce this kind of project. Therefore, there were no recording, mixing or travel costs. The only costs were down to the physical production of CDs. I spent the Â£20 between buying 50 quality, vinyl effect CDRs and black cardboard sleeves, as well as printing stickers which would serve as the EP cover. I designed the sticker myself and included a link to my website which included lyrics and more information. Because it was only a few pounds more to get 150 stickers versus 50, I did end up going over the Â£20, but I have now used those to produce another 100 CDs to sell or give away. My original goal was to multiply the initial Â£20 by 10. I actually multiplied it by about 25 in the first couple of weeks! I made Â£500 out of the original 50 copies, and that was just selling within my church network. I have since gone on to give away and sell the rest of the 100 CDs and will be printing more for sale at future performances." 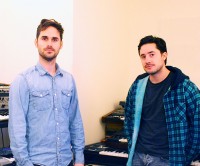 "I, Dave Pilcher, have been producing and mixing music for quite awhile and have put out some releases under the name The NaÃ¯ve Machine. I met singer/songwriter Dave Hendra at St Mary's Bryanston Square in London. We were studying theology together at Westminster Theological Centre and we decided to record something to enable Christians with a love of electronic music to worship and engage with God, in other words, in a different style to the norm. We've written quite a few tracks together already, and selected the 'My Fortress' EP ones as a good foundation release to build upon, whilst demonstrating what we do. We recorded the whole thing at my home studio in Peckham, London. 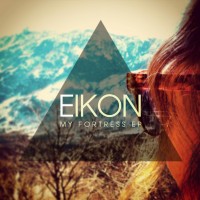 "We probably have spent around Â£200 on the release; as it's our first we wanted to keep costs low, just spending money on distribution and promo CDs, however we are getting a video made too on a low budget. For myself this was the first Christian music project I've worked on, so it has been brilliant being able to pray together through writing, recording, composing, performing and the whole release process. It's also been amazing to worship God to our own tunes: loving that!

"Our distributor has not updated the sales yet, so we are not sure how many sales we've accomplished as yet. However, our church have given us opportunities to lead worship on their Sunday evening services, which with the wealth of talented musicians they have there enabled us to use our music, plus other more established worship songs to lead worship in our style led by the Spirit. This went fantastically well and was great to see where and how worship music can go in the future."