The Cost Of Independence: UK artists funding their own recordings

"This Resistance are based in York and consist of Malc Clark (lead vocals, guitar), Al Elmes (guitar), Ben Brady (bass) and me, Andy Barthow (drums). We formed in 2011 and since that time we have been playing gigs all over. After every gig, people would ask where they could by a CD or download our music. After doing a few amateur recordings, we decided to save up the money to get an EP recorded professionally. This has allowed us to sell our music and send off demos to various events and radio stations. 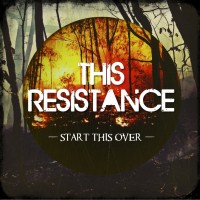 "We recorded the 'Start This Over' EP at Fruit Trade Music in Hull. It was a fun couple of days. As well as getting the songs done we had fun bonding as a band. It was also obviously great to have a CD made at the end of it that has allowed us to promote our music and ministry. The recording and mastering took two and a half days. We paid Â£300 for the studio and sound engineer including equipment. The only travel costs were two trips from York to Hull so weren't massive. The CDs then cost Â£139.20 for 100 to be made. Total cost was around Â£450.

"The CDs are Â£3 each so we will need to sell around 150 to make our money back. We deliberately didn't make them too expensive however as we particularly wanted to make them affordable for young people. So far we have sold about 50." 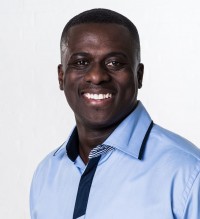 "I went through a horrid time in my life when I moved from Ghana with my sister to Canada to go and stay with my father and stepmother. I was 12 years old and we were physically and emotionally abused by my parents to the extent that I nearly committed suicide. I was told at a young age by my headteacher that I was not going to amount to anything in life and that nothing good would come out of me. I was living in fear and ended up stealing foods in supermarkets as we were not given food to eat in Canada. The reason I didn't end my life was because I always knew from a young age that God had plans for my life and regardless of the torture that I was going through, I was going to carry on no matter the situations or circumstances that I faced. I also faced many challenges when I moved to England to stay with my mum. I was laughed at because of the style of songs that I write and this affected me but I found the courage to carry on with what God had called me to do. So the song 'I Will Carry On' tells the story of my life and what I went through and this is to encourage everyone to never give up hope and carry on because God has plans for them. 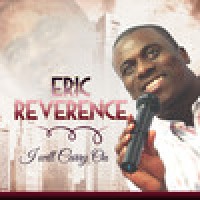 "I decided to record an EP, 'I Will Carry On', and the engineer/producer I chose was Tom Mills. Tom has a studio in Bognor Regis and has worked with many Christian artists like Onehundredhours, The Burn Band and Nick Herbert. The whole recording process took six months from September 2012 to March 2013. I spent Â£350 per track and this included hiring a drummer. The four tracks on the EP cost Â£1,400 to record.

"I needed to sell 300 CDs to recoup my costs. I have achieved beyond that and the EP is still selling."