The Last Spectacular: The folk rock collective with a dazzling album debut

Gateshead group THE LAST SPECTACULAR are having no problems living up to their name, as Lins Honeyman reports 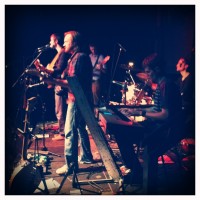 Despite only having formed as recently as 2009, Gateshead folk rock collective The Last Spectacular are far from being the kind of transient phenomenon that seems to be churned out by the music industry these days only to be forgotten about mere moments later. Thanks to a wealth of previous individual experience, together with a strong debut album, the group possess a sound that makes it appear as if they've been part of music's rich tapestry forever and are better prepared than most to stand the test of time.

Soon after forming and notwithstanding some early personnel changes, the band set about recording their eponymous debut album - a collection of 10 expertly crafted songs that have intriguingly drawn upon influences as diverse as traditional American country music, Appalachian folk and spaghetti western film soundtracks with positive reviews and recognition following after its release in 2011.

This acclaim is partly thanks to the songwriting skills of lead singer Paul Worthington who counts being music producer at Gateshead's busy Broadwater Studios as his day job whilst also finding time to create and produce music for film and television and run his very own record label, Principal Sounds. In addition, Gav Richards, Paul's colleague at Broadwater, came to recognition as the guitarist with sadly disbanded rock worship band Yfriday and brings a wealth of recording and performing experience to a band that also benefits from the talents of drummer Matt Glen, keyboard player Simon Honeysett and James Shepherd on bass and trumpet.

I catch up with Paul, Gav, Simon and James in a break from their busy workloads to ask them how The Last Spectacular came into being. "Paul had been working on the songs for at least a couple of years before we properly got together as a band," confirms James. "He started chatting to Gav, Matt and myself about the possibility of forming a band towards the end of 2009 and our first official practise took place early in the following year. Over the course of the next few months we worked on some songs together and discussed influences in a fairly relaxed way. It wasn't until Simon joined us on keyboards that things really started to take off." 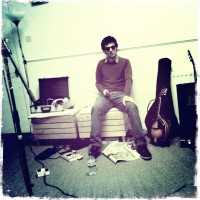 "After playing the songs together we decided to begin recording an EP," adds Simon Honeysett. "There was a lot more material we could use and it became apparent that a full length album was feasible. It turned out to be a bigger project than any of us anticipated!"

"After many discussions about what songs to include and exclude on the EP, we decided to make a 10 track album instead," continues James. "We set to work on this in October 2010 - not long after the line up was complete. Over the course of about nine months, in short windows of our spare time, we recorded, mixed and mastered the album."

As with many other memorable albums, it seems that the recording process had its struggles as well as its highlights. "It was a very challenging process," Simon agrees. "Not least logistically as we all had full time jobs and had to find time in evenings and weekends although we were fortunate to have access to Broadwater Studios in Gateshead where Paul and Gav work. Lots of creative things happened during the recording process with everyone voicing opinions and Paul trying to feed them into the recording and production. Sometimes you would come back into the studio after a break to find that a track had taken a new direction. To hear arrangements take shape like this was the most exciting and rewarding thing but it could also be stressful."

Thanks to the band's hard work and perseverance, the end product is an impressive album that seems familiar and fresh at the same time. I ask Paul Worthington why this is. "I suppose lots of our songs are in quite traditional forms so they seem to be recognisable in that they're reflective of other forms of music," he suggests. "Also we try to write quite emotional material and I think this appeals to people's deeper instincts. The reaction to the album's been better than we had expected. We've had glowing reviews from the press and on blogs so I'm really happy that people are enjoying the record." 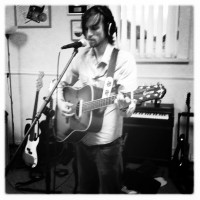 I ask the band why there is a heavy American influence on the album in terms of musical styles and why they haven't referenced more indigenous sources. "Music tastes in the band are diverse but we've all always been partial to a bit of folk, country and Americana," clarifies James. "Many of Paul's songs were written in a traditional style and, as we arranged them and worked on them together, we tended to settle into the sound you hear on the album quite nicely. As for local influences, Tyne And Wear and Northumberland has a good heritage of folk music - perhaps not Americana so much but certainly in the same ball park."

As Christians, I wonder how important is it for the band to get the Gospel message across in their music and how conscious they are of marrying this approach with trying to appeal to mainstream audiences. "I'm not sure we've really come to any strategy on where faith is in our music," reflects Paul. "I think our music is full of our own lives and that reflects the ideas we have about faith and God. People do tend to say that our music is deep and has spiritual facets so I suppose that's a good thing."

"We don't aim to have any message in our music and we don't aim to be an overtly Christian band but I suppose we don't try to hide it either," continues James. "Making good music glorifies God. Paul's lyrics are often borne out of what he's thinking and going through at the time and, of course, God and faith feature heavily in that. I suppose we want to appeal to as broad an audience as possible but at the same time we want to make music that we like playing!"

Having been the guitarist in the long-running CCM band Yfriday, Gav Richards is perhaps better placed than most to comment on the difference between being in a noticeably Christian group and the more subtle approach of The Last Spectacular. "Well, for a start, I get to play the banjo," he jokes. "It's a different vibe playing live. A Yfriday event was always a worship-focussed gig whilst The Last Spectacular is not." I ask Gav if he misses being part of Yfriday. "Of course," he admits. "After 12 years with the band, it was always going to be something I'd miss but I look back on the Yfriday chapter of my life as an amazing time."

It seems that Gav's new band also has the potential for longevity, as Simon confirms. "Our main focus for the time-being is playing live and promoting the album but it's also important to us that we continue developing by working on new material, with everyone taking part in the songwriting process."

"I think we're in a really good place as a band," James adds in closing. "We are all committed to The Last Spectacular and to seeing where it might lead but we also have other commitments and passions too. It's a strange one - everyone's totally committed but totally relaxed too. We just want to make music we love, share it with people and to see what happens!"