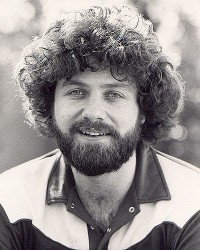 Aril/May 1970
World Wide Films, the movie arm of the Billy Graham Evangelistic Association, had released His Land, starring the two Cliffs, Richard and Barrows, and featuring music by Ralph Carmichael. Buzz magazine reviewed the film, described it as "a brilliantly photographed documentary tracing the footsteps of Jesus through the Holy Land," and opined, "Worth seeing for the photography, colour and songs, but more than that, it is thoroughly convincing."

The Settler's album 'Settler Alive' recorded by Cindy Kent & Co at their Queen Elizabeth Hall gig the previous autumn (see CR 52 Time Tunnels). Assistant editor John Webb declared it a fine recording, but not to be compared with the enjoyment he had experienced at the concert itself. He also had a slight moan about the quality of the record sleeve (the photo on which showed the band performing on the deck of a cruise liner afloat on an impossibly blue ocean!).

Hampshire was the place to be in the spring of 1970, with the Waterlooville Baptist Church hosting regular Saturday night events, and the Elim Church in Portsmouth, not to be outdone, had recently opened a coffee bar; amongst the booked artists, a certain folkie gent by the name of Ishmael. Buzz also reported similar activities in Southsea (Monday nights at St Simon's Parish Church), Bournemouth's Lifeline coffee bar was doing brisk business, and Southampton Youth For Christ rallies were attracting an average attendance of 200 plus.

In a report on activities in the north of England, Buzz reported in April that gospel groups in the area were getting "a bit more outreach-conscious." As an example, The Crossbeats, for the first time in four years, had started to play in completely secular situations such as Working Men's Clubs.

And just to show that Christian music had a cool international dimension, an extensive UK tour took place in May and June by Los Picaflores (pictured). The group, whose name means the Humming Birds in Spanish, played Paraguayan harps and were the family of Archdeacon A J Barratt of the South American Missionary Society.

The Buzz cartoon strip Trendy Wendy & Ravey Davey carried this message in the April issue: TW: "I reckon General Booth was right when he asked why should the devil have all the best tunes. D'you think it's a good idea to use pop music in church?" RD: "Yeah; the only trouble is, the devil doesn't seem to be writing such good tunes lately!"

Moans about quality of commercially available recordings aren't new. A disappointed punter wrote in to Buzz in April complaining about the new album from Key Records by Out Of Darkness (pictured), saying that it sounded as if it had been recorded in a garage on a tape-recorder. A spokesman for Key Records ;s replied: "May I assure you that the LP was recorded in a garage on a tape recorder, and we are very proud of the authentic sound we achieved." 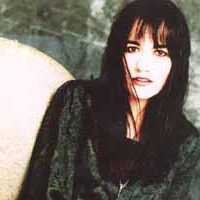 February/March 1980
Cornerstone Magazine, the magazine of Jesus People USA, home of the Resurrection Band and others, began a new music section by interviewing some well-known Christian musicians to discover their views and visions for the 1980s. On being asked what he felt to be Christian music's greatest strengths and weaknesses, Glenn Kaiser said that whilst there was a much better understanding of the Gospel message, mainly because of the sheer quantity of Christian musos, the big problem was that too many people in Christian music were failing to set an example by not walking the talk. Keith Green (pictured) saw a positive in that Christian music could reach the people that would listen to music but wouldn't read books, but typically he spoke out against those to whom Christian music was an entity in itself rather than a tool, people who sought the music rather than the Gospel. And speaking of Keith Green, his album 'So You Wanna Go Back To Egypt' had just been finished, but it wasn't for sale! A full page ad in CCM magazine proclaimed: "You can't buy it, it's not for sale at any price!" The spin was that Pretty Good Records, part of Keith and Melodie Green's Last Days Ministries, had been given permission by Keith to give the album away to anyone for whatever he or she could afford in return.

Winners at the 11th annual Dove Awards, presented in Nashville on March 26, included Dallas Holm and Don Francisco; Holm was Male Gospel Vocalist Of The Year, with Francisco being named Songwriter Of The Year, and his classic song "He's Alive" Song Of The Year. The 22nd Grammy Awards, presented in Los Angeles on February 27th, had a decided gospel flavour. Winners included Andrae Crouch, the Imperials, B J Thomas, the Mighty Clouds Of Joy and the Blackwood Brothers, and others receiving awards included Bob Dylan and Charlie Daniels.

Ishmael (pictured) announced that he was shedding his Rev Counta moniker and going solo. The first manifestation of his regained solo status was to be 'The Charge Of the Light Brigade'... meanwhile, in the States, Contemporary Christian Music magazine reviewed 'If You Can't Shout Saved...', recorded by Mr Smale's last-but-one incarnation Ishmael United in 1978. Quote: "....(they) deliver an undiluted message to smug Christians... be prepared to smile, but don't say we didn't warn ya!"

Andrae Crouch & The Disciples, with support from Leon Patillo, gave a 5,000 audience at the Hammersmith Odeon full value for money, with Andrae's "tight and professional" two-hour set featuring the newest member of The Disciples, Kristle Murden. Meanwhile, Adrian Snell's 'The Passion' had had its first playback for the benefit of the Press. Kingsway's then MD Geoff Shearn dubbed it "the most powerful testimony for the reality of what Christ has done for us."

April/May 1990
Why a new Christian magazine?" asked the editorial column of the first issue of Cross Rhythms in May. "Maybe you feel that a magazine purely about Christian music has little to do with seeing non-believers turn to Christ, or Christians built up in the faith. In fact, Cross Rhythms is much more than a Christian magazine it is a vision for Christian music ministry. Cross Rhythms is an effort to serve the Church by providing a magazine which will benefit all who perform, listen to and sell Christian music." And starting as it meant to go on, the first issue included in-depth interviews with Martyn Joseph, Swedish songbird Charlotte Hogiund and John Pantry (explaining how the collapse of the Ears & Eyes record company had re-directed .him to the Church of England ordained ministry), and a fascinating look at Christians in the mainstream, featuring Bono, Gloria Gaynor, Noel Paul Stookey, Smokey Robinson, Dion and Cliff Richard. But it wasn't all pop music; white metal, classical, black gospel and roots/acoustic were all featured, starting a policy of covering all genres of Christian music that continues to this day.

Coinciding with his haul of five Dove Awards at the annual bash on April 5th, Steven Curtis Chapman was the featured cover artist in the April issue of CCM magazine. Dubbed "The Boy Wonder Of Christian Radio", and by that time with three hit albums to his credit, Steven made his decision to follow Jesus at the age of eight, but had been through some troubled times in his married life, particularly when a fire destroyed his apartment (he wasn't insured), and then when his parents divorced after 28 years' marriage. Other Dove winners included BeBe & CeCe Winans, who grabbed four, Steve Green, the West Angeles COGIC Choir, Kerry Livgren, Ray Boltz and (for the ninth successive year) Sandi Patty. Sparrow Records scooped a total of 12 awards.

CCM magazine also did an extensive feature on rap music. Michael Peace, dc Talk, PID (Preachers In Disguise) and SFC were featured as the vanguard of the urban revolution of gospel music that took as its motto Paul's dictum that we should become all things to all people that we might win some.