With the same kind of industry buzz last experienced with Kirk Franklin, truly huge things are expected with new R&B gospel sensation TONÃX. He had a long heart-to-heart with Mike Rimmer. 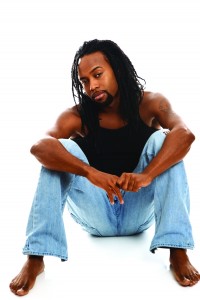 I suspect that Anthony Williams II (for that is TonÃ©x's real name) suffers from a multi-personality disorder. Or at least he enjoys playing games with his fans. Let's just hope it's not some sort of Prince kick where he'll soon be the artist formerly known as TonÃ©x.

Listening to his truly breathtaking 'Pronounced Toe-nay' album, there are some similarities with Prince, not just sound wise but because TonÃ©x is near enough a one man band in the studio. He writes and produces extensively for other artists. Kelli Williams' current project was produced by him and our man is about to start work with Winans Phase II and plans for projects with John P Kee, Hezekiah Walker and Kirk Franklin in 2001.

He also likes to be a little enigmatic. He laughs when I ask him about the names he uses. It seems that he has a different name for every aspect of the work he does. He changes his name every time he changes his hat! So TonÃ©x is a recording artist; as Tony Williams, he owns his label MSS Records; and under the name T Boy he works as a producer. I actually suspect that 5.0 is his rapping persona and there are probably others. Reading record sleeves doesn't help. He does admit, "In different situations I do use different names when I have different roles. Some people do have a problem when you do it all on your own album. Even if you're not trying to be, they see it as a touch arrogant." He laughs, "I keep them separate and they definitely don't dress the same or act the same."

Hmmmm, I did warn you that this would be complicated. There is one thing that I can say with certainty. 'Pronounced Toe-nay' is the hottest and most exciting gospel record I've heard this year and its creator is set to become one of the major forces in gospel music. It's not simply a matter of creativity but a matter of fully living the message he's communicating. Not only has he got a testimony but that experience of God drives his song-writing.

Raised in church in an apostolic background, TonÃ©x didn't have many secular influences because his parents wouldn't allow that to take place, so most of his influences were the traditional black gospel artists like Walter Hawkins and Andrae Crouch. Saved as a kid, baptised at six years old, filled with the Holy Ghost at seven, he sadly backslid when he was in his late teens. He recalls, "The Lord had mercy on me and brought me back so I wasn't caught out there. With that time of being out of the will of God I experienced a lot of things I (had been) sheltered from."

TonÃ©x elaborates, "When you're born and raised in church, everything is taboo, school dances, clubs and music. Once I finally got my car and was of age, I just went for it because it had been kept away from me for so long, but with good reason. I did experience a lot while I was out there and that's a lot of what you hear on the 'Pronounced Toe-nay' album."

He's honest as he explains, "I really got into the whole promiscuity thing and into marijuana. By the time I got back in I had a serious testimony!" And it's that testimony that causes him to write songs addressing what are largely taboo subjects in Christian music, getting high, pre-marital sex and fornication. He explains, "As Christians sometimes we tend to act like these things don't exist and they're not around us. We don't choose to talk about it but it doesn't mean it's not there. As a Christian artist I kept everything on the album as raw as possible and told the truth. Because of that, people have attached themselves to this record because someone's finally telling the truth and now people have a Christian artist who can relate to their problems."

It's rare to find a Christian artist willing to be this candid not only in conversation but also on an album. 'Pronounced Toe-nay' is filled with Christ-centred songs that deal with real issues and share a true experience of the grace of God. Consequently it's powerful because it deals with a realistic brokenness and the need to embrace complete forgiveness and restoration through the love of Jesus. Sadly the Christian music industry seems to prefer its albums sanitised for "Christian" consumption.

TonÃ©x comments, "I think it has a lot to do with the modem day Sadducee and Pharisee spirit. A form of godliness but denying the power thereof, we'll have the look and we'll have the sound of being a Christian and talking like a Christian but never deal with the issues after we leave church. The real issues after the singing and the dancing have gone and we have to go to work and deal with society and culture. That's the part that we need help with. I think because it's been masked over, a lot of consumers feel that the Christian artists are not susceptible to temptation or sin. They almost put the artist on a pedestal and almost seem like gods themselves, what I am all about is that I'm just like you. I have a serious call on my life bit I'm no better than you. I totally understand what you're going through because I've been there myself, but now I walk in victory."

Guilt
The process of coming back to God is powerfully described in his jazz flavoured ballad "Why?" which is delivered in heartbreaking style, TonÃ©x's vocals cracking as he sings his repentance. Sometimes it's difficult if you have been brought up in the church and backslide because throughout your sin, there's an awareness of wrong and the accompanying guilt. TonÃ©x explains how he dealt with his own guilt, "A lot of it is because I know the word and there's no condemnation for me because God already took care of that back in Calvary. That's the number one thing that Satan uses, especially on young people, so when they do sin he makes it seem like you don't have a right to go back to the Father. We have an advocate through Jesus Christ. That's what Satan doesn't want you to do so that you stay in the sin. As long as it's covered up Satan can operate in secrecy but once you expose it he has nothing else on you. As long as he can keep the guilt of what you've done over your head so you never repent he can keep you in the sin; but as soon as you confess it and forsake it, God is right there to take you back in. He's a rewarder of those that diligently seek him. That's how I came back and I knew that God still loved me even though I knew I had done wrong things. I still felt him pulling at me in his mercy." 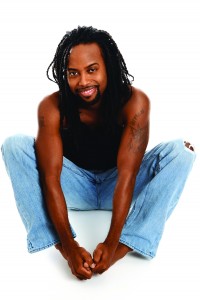 TonÃ©x is honest as he describes his feelings while he was away from God. "There's a certain amount of distancing that you feel from people around you that really love you." He remembers, "It affected my relationship with my parents a little bit because I really knew that they knew what I was doing but I didn't feel like hearing it from them. It also affected my desire to go to church and once you get out from the safety of the church the devil can really work on you. An idle mind is the devil's workshop. When you're away from the saints, the devil can really work. That's one of the main things it had an affect on me with. Then there was paranoia, I couldn't even enjoy it because I always thought the rapture was gonna take place. I was always thinking about my soul and about eternity. I couldn't even enjoy the sin because I knew that at any moment God could return and I would be left so that had a lot to do with it too."

Following his repentance and a renewed desire to follow God, TonÃ©x also found God restoring his relationship with his parents. "It came to a point when I told them everything and got it off my chest. I told them everything that I had been through and it was like they loved me more because they knew that I could talk to them. That's the main thing about this record, it opens up a door for the parents to talk to the kids and break down that door that the Devil has placed up between the parent and the child for so long: If it takes music to do that or if it takes a little bit of a funky beat from the beginning but it ends up being something that bridges that gap then so be it.

"Let God use whatever methods he has to in order to covey his love and to mend the parent and the child back together. The Bible talks about how a father is going to be against his son and a son against his father etc, but I don't want it to stop there. I wanna get to the point where the sons and the daughters prophesy, where his Spirit is poured out on all flesh. I wanna see the things that have been prophesied coming to manifestation. If it takes music to do it, to get the young people inspired, that's really what it's all about and that's why this record is so important to hear because it opens up a whole new door for evangelism and for restoration in households and in individual lives."

Still only in his mid 20s, Tonex is fast becoming the hippest R&B producer on the block and all of this because of the underground buzz surrounding his music. 'Pronounced Toe-nay' was originally recorded three years ago and although TonÃ©x is looking forward to getting some new material released, he's excited that this album will finally get a widespread release. He remembers, "I recorded it by myself, independently. Did most of the music in my bedroom. Just released it independently trying to break into the industry because I got turned down by many major record labels here in the States. They found my music was a little bit too wild, a little risquÃ©, too much for the conventional gospel or Christian music consumer. I had to go another route so that's how I found Rescue Records, an independent label here in San Diego, California. No one had ever heard of my name before so it didn't seem like it was gonna go but word of mouth spread the news about the record. We had no marketing whatsoever. It was just make the record and put it out. People just kept talking about it and the next thing I knew, it kind of took off on its own. It was probably bootlegged a lot too but it kept the name alive so that's cool."

For more on Tonex visit the Tonex artist profile