The hottest new voice in contemporary gospel-soul comes not from Detroit but the British West Midlands. James Attlee checked out TRACEY RIGGAN. 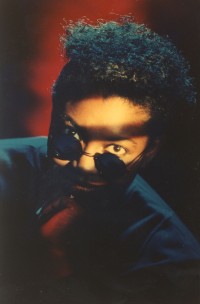 Walsall is in none of the guidebooks a beauty spot. When you've visited the Leather Museum and seen the famous illuminations in the autumn, there's little else to do but hang around the town centre which, thanks to the enlightened policies of the town-planners of the last few decades, is much like town-centres anywhere else in Britain. Things do liven up in the wedding season, when Asian families cruise up and down the streets honking the horns of cars decked out in garlands and tinsel streamers. Most of the action in the lives of Walsall's inhabitants takes place off the street, however.

The black church in Walsall has done what the black church does everywhere, given its young peoples' a social life and a place to go and channelled their creativity into producing great gospel music. Walsall's contribution to the Midlands gospel scene has been not inconsiderable - the Remission Choir, talented singer Dalton Kerr and gospel group Divine all originated here. As did a singer that those in the know are heralding as one of the most exciting discoveries in the field of soul-gospel crossover, Tracey Riggan.

Not that 21-year-old Tracey is a newcomer to the stage. As her manager and producer Kevin Edwards said in conversation before the interview, "it's great to work with a vocalist that can sing!" When you hear the surprising depth and maturity of her vocal performance its worth remembering that Tracey started flexing those vocal chords at an age when most females are playing with Cindy dolls. "I was involved in gospel from the age of eight" she told me. "My Dad was a singer in Jamaica before he was saved and he went on to sing gospel here and it sort of rubbed off on us. He always encouraged us to sing - I sang in church in Sunday school and as we grew older we had a family group, my sisters and my brother, called The Riggans." So far her story might be indistinguishable from that of innumerable black churchgoers on either side of the Atlantic, but where Tracey's begins to differ is when her cousin Dalton Kerr asked her to come and help him out with backing vocals on the custom-album he was recording at a Walsall studio. "I started singing with Dalton when I was about 14 - I sang with a choir called Choirlight for a while and when that petered out Dalton called me up to come and work on his album. I must have been around 16 at this time. It was very exciting for me because I'd never dreamed of being in a studio; I never thought it would happen to me. I was excited for Dalton too - and when I got asked to do more backing-vocal work at the studio..."

Engineer on the Dalton Kerr sessions was Kevin Edwards, who quickly spotted the potential of the shy 16 year old and used her throaty alto to add gospel weight to a variety of different projects. "It opened my eyes to a lot of different styles of music - all I'd really listened to had been gospel choirs, it was always traditional gospel that was played in my house, never people like The Winans... when I heard Commissioned and BeBe and CeCe and people like that I loved it. I thought 'that's how I want my music to sound'." A solo career was still a long way off; first came a lengthy stint with gospel group Divine, with whom Tracey still performs and for whom she obviously 1eels a great affection. Divine are comprised of Tracey, her sister and her twin cousins with various other family members as backing musicians and have thrilled audiences as far afield as London, Scotland and Germany with their telepathic close harmonies. Perhaps Tracey is most at home singing in choirs, behind the backing-vocal mike in the studio or with her family on stage as Divine. But talent will out. Kevin Edwards was in the process of forming a production company with a view to "leasing finished product" (to use the industry parlance) and the first singer he approached was the Walsall girl who could deliver matchless soulful vocals. When Word (UK) heard the demos they went suitably gaga and soon Edwards was laying down kicking rhythm tracks. The resulting album 'Friends', released on Myrrh in late November, sounds every bit as polished as American gospel product and yet has a uniquely British feel. It also cost somewhat less to make than what three days' studio time would cost at the studio U2 used to make 'Achtun, Baby'. But that's another story (see The Biz'). With product like this the backing vocalist of dozens of sessions (she recently contributed some storming backing vocals for the Celtic roots band the Electrics and the Electrics' keyboard man Alan Hewitt returned the compliment by playing some tracks on 'Friends'). Tracey has already made two solo performance appearances, at the Harry Festival and Impact'91 in Scotland. "I'm used to having people on stage with me so to go on stage with just the backing tapes at the Harry Festival was very nerve-wracking. When I got on stage my nerves went though and I just got on with It. I had a super time at the second concert up in Scotland - I felt very relaxed as I'd already been on stage with the worship band. I felt good about the way the audience responded -- they seemed very receptive."

She admits to having found the album hard work, especially with having had to come up with so many lyrics. Tracey still runs to another room and listens from a safe distance whenever she puts on the finished version of 'Friends' It's early days yet and she seems a little bemused by all the fuss, which is only going to intensify as her album hits the streets and "that voice" gets heard by more people. The thing that pleases her most is the fact that the record is a clear statement of her beliefs, as well as something people can dance to and enjoy.

"I'd really like the album to reach people who don't know God, so that when they hear the songs they'll start to think and want to know Christ. The title means a lot to me because Christ is my special friend -- it says that when you're low and friends cant make time for you, God will always make time. He hears you and He will pick you up. I've got a lot of non-Christian friends who are going to go out and buy the album and they say they are going to tell their friends, so the message is going to get out eventually!" When I ask her about her future plans and the possibilities the album will open up for her, she just smiles and says she's taking it a step at a time. With the massive crossover potential of that voice they could soon be giant steps for the divine Ms Riggan.