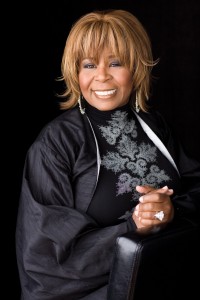 The Detroit gospel scene has produced more than its fare share of awesomely talented vocalists and with legends like Aretha Franklin, the Clark Sisters and the Winans dynasty there seems to be an unstoppable surge of magnificent singers form Michigan's Motor City. Now with the release on EMI Gospel of 'Walking Miracle' by Vanessa Bell Armstrong fans can again get palpitations at the fiery pyrotechnics and sheer soul power of one of Detroit's great divas. The album is a wily mix of traditional and contemporary elements. The veteran singer told Christian Retailing magazine, "I love the contemporary and I love the traditional. To me the time-honoured sounds of gospel music is our medicine - it gives us hope, it encourages, but the contemporary, up tempo stuff is what lifts us up."

On 'Walking Miracle' Vanessa teams up with one of the biggest producers in R&B Rodney Jerkins, one of the best selling singers in contemporary gospel Smokie Norful and one of the most sought after crossover gospel figures J Moss. Vanessa has enjoyed huge kudos ever since the release of her first album, 'Peace Be Still' in 1983, a release that so impacted the gospel world that Totally Gospel magazine breathlessly asked whether this Detroit mother was the new Queen Of Gospel. However, in recent times Vanessa Bell Armstrong has been out of the limelight. Ill health, divorce and financial problems have taken their toll while for the past five years she has been spending most of her time with her family. Vanessa told Billboard magazine, "I have four girls and one boy. They are all grown. I have eight grandkids and two more on the way. My life is full. My son was stricken with [multiple sclerosis]. There comes a time when you have to minister to your own family and that's what I was doing. I have ministered to thousands of people in my lifetime. I've been out here for 35 years."

When Vanessa decided to record again, she found her recent life experiences informing her new music. She said, "'It's Over Now' is a song that I wrote about my son and daughter. It's real special to me and my family, but everybody has something that they want to be over. I thank God for such a powerful song - a real personal song that has ministered to my family and then grabbed other people."

Vanessa was born in Detroit on 2nd October, 1953. While she was still in the womb her mother had a dream that Vanessa would one day sing for the Lord. So, early in life, Armstrong sang at church and became known in local church circles. Gospel music matriarch Mattie Moss Clark recruited her at the age of 13 and had Armstrong singing with her various choirs. "She fussed a lot and I guess that made me feel loved," Vanessa told Gospel Industry Today. "A lot of people couldn't handle it. Sure, I got upset, I got mad, I got embarrassed - but I knew she wanted the best out of me. She always taught me that whenever I sang, to sing like it's my last performance." Around the age of 18, Vanessa recorded "Put A Little Love In Your Heart" with a local choir. Her first husband, Samuel Armstrong, suggested that she stop singing around the house and sing for the public like God intended. He packed her off to the GMWA (Gospel Music Workshop of America), James Cleveland's famed convention in Los Angeles, and arranged for her to sing "He Looked Beyond My Faults" before pivotal gospel industry executives and radio announcers. Her performance won her a recording contract with Onyx International. 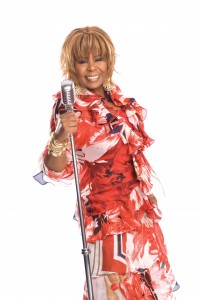 'Peace Be Still', Vanessa's first album with Onyx, took the gospel world by storm, climbing to number three in the gospel charts and getting huge radio exposure. The title song had previously been a million seller for James Cleveland & The Angelic Choir of Nutley, New Jersey, but the new version, giving full reign to Vanessa's dazzling vocal technique, became a big favourite with African American church goers. The follow up album, 'Chosen' (1984) and 'Following Jesus' (1985) were also highly successful. During this period gospel patriarch Andrae Crouch chose Armstrong to sing the theme song for the NBC sitcom Amen and she co-starred with the Winans in the touring stage play Don't Get God Started. The buzz led R&B label Jive Records to sign Armstrong to a long-term contract. From the beginning, they intended to cross Armstrong over to the urban charts while maintaining her gospel following.

Jive gave Armstrong a beauty makeover and paired her with top R&B producers such as Loris Holland. The album 'Vanessa Bell Armstrong' took her from her churchy roots to slick urban-styled ballads and dance songs with "inspiring" messages but little direct Christian proclamation. The album featured the pleasant minor R&B radio hits "Pressing On" and "You Bring Out The Best In Me", which stalled at number 80 on the R&B singles chart in 1987. In the process the singer was criticised by some within the Church for 'Vanessa Bell Armstrong's lack of spiritual content. In 1989 'Wonderful One' was released and the following year the rather tepid Yuletide offering 'The Truth About Christmas'. But big sales for a best of package released in 1990 on Muscle Shoals Sound Gospel which pulled together Vanessa's best tracks for Onyx - and which is today still in catalogue - showed that Vanessa had, with her slick production and inspirational lyrics, become a little out of synch with the grassroots church audience. In 1991 the singer appeared on Broadway in the gospel musical Don't Get God Started and in Oprah Winfreh's The Women Of Brewster Place. More albums followed for Jive/Verity - 'Something On The Inside' (1993), 'The Secret Is Out' (1995) and 'Desire Of My Heart' (1998), a live project recorded in Detroit. But the singer's popularity seemed to be slowly ebbing, a perspective strengthened by some critics making unfavourable comparisons between her 'The Best Of Vanessa Bell Armstrong' 1999 album with her Onyx compilation 'Greatest Hits'.

In 2001 Vanessa seemed to have stopped the slide with the urban sounding 'Brand new Day' produced by Deitrick and Gerald Haddon. But with Tommy Boy's gospel division quickly folding it proved to be a false dawn. Until 2007 that is. The release by EMI Gospel of 'Walking Miracle' has already gained rave reviews and the lead single, "So Good To Me", is vintage Vanessa. It was produced by labelmate Smokie Norful. "He's the smoke and I'm the fire," laughed Armstrong. "Smokie knew me so well, he told me that I was the first gospel he was introduced to and he had been listening to me since he was young, singing my songs in church, and so for him to know my music and my sound so well it was a perfect match." It is a classically built song of encouragement that has the makings of the huge gospel hit. The song verbalizes the theme for Armstrong's recent journey with this project and with her career. "I am ready to tell everyone how good God has been to me, I want people to watch me as I follow Christ," explained Armstrong. "A lot of people counted me out and convinced me it was over as far as my career was concerned. But God said not so. He had me in hibernation and prepared me for this time and revealed himself in the right time."

Of all the tracks on 'Walking Miracle', "It's Over Now" is probably the most heartfelt. More than a song, it is an intimate conversation with Armstrong and the Lord where she is requesting a song for her, for her son, for her daughter, even for the world to help heal the collective struggle we all face in our daily lives. Making it personal for herself she openly appeals to the Lord on behalf of her children. "These are real things that I am going through. The Enemy is after me and going through my children and I am standing in proxy for them," she said. "It's also one of my favourite songs to sing off this project. It's just so personal and you can't sing about something you don't know about. God gave me this song and I am going to warfare with the Enemy and letting them know by faith I know it is over."

Ms. V.B.A. is most certainly The Queen of Gospel Music. Ms. V.B.A., Keep singing, keep praying. God bless you and your entire family. Be Bless, God has you covered under his Blood!

I had to correct when it was printed Vanessa has blessed thousands in her 35 year career....it has been multi millions. I am one ....she is a great contributing fact why I am the first female Apostle Bishop (2013) in the world. I've never met her in person but I hope I do before I transition from life to life. Vanessa Bell Armstrong the greatest living gospel singer on earth today. I Love you and pray for you everyday

My friend Paola and I found a Vanessa Bell Armstrong gospel album in a music story in Italy one day. The album was called Wonderful one. Because we did not have access to great gospel music, this was indeed a treasure for us. We played that record to death, to the point that we scratched it so bad. And once it got scratched, we still continued playing it. We love Ms. Armstrong so much for all the comfort she provided for us through her wonderful talent. Thank you so much. You are indeed marvelous.
K. Boffardi

To booking Vanessa Bell Armstrong for your event.

I NEED TO PURCHASE VANESSA BELL'S SONG OF THE SITCOM 'AMEN', "SHINE DOWN YOUR LIGHT ON ME"!! PLEASE, WHERE CAN I BUY THIS IN LOS ANGELES OR WHERE ON THE INTERNET?? HURRY, HURRY!! SANDRA BAKER

I have been following you for years. You touched my life when I was in college back in 1985. I appreciate you and your music and have enjoyed reading and getting to know more about you personally. I am originally from NC, and learned of you when I visited then moved to NY. You use to do concerts at Pilgrim Church, then known as Pastor Roy E. Brown, now Bishop. I admired you and loved you dearly. I now reside where you do in Detroit, Michigan. I would like to get in touch with you personally and would like to know how I can do that please. I would like for you to sing a solo at a 50th brithday banquet for my pastor who also loves your music here in the city, who is Rev. Dr. Mable E. Allen, one of the daughters of Bishop Brown. I look forward to your response and thank you in advance for getting back in touch with me. I will also continue to pray for you and your family for they are already truly blessed to have you, an anointed psalmstrist for the Lord.

God bless you and I look forward to speaking to you again.