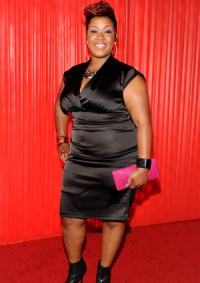 On the 11th May 2009 the winner of Season 2 of the Sunday Best gospel music talent search was announced to a large TV audience. The judges Kirk Franklin, Mary Mary and BeBe Winans announced that the winner was Washington-raised Y'Anna Crawley. The all star judges were spot on in assessing the potential of Y'Anna's consummate singing skills. When released in the US on 24th August 2010 Y'Anna's debut album 'The Promise' made it to number two on Billboard's Gospel Chart and she subsequently won a Stellar Award in 2012 as Female Artist Of The Year.

Y'Anna comes from a rich musical background. She is the great niece of the Rev Julius Cheeks who in the '50s and '60s tore up the churches as the flamboyant frontman of the Sensational Nightingales quartet. She is also the niece of R&B and gospel singers Genoba Jeter and Glenn Jones. Despite this inheritance her early years weren't happy. She spoke candidly to Essence.com: "My dad wasn't the dad I thought he should be. I wanted to be daddy's little girl. Because I wasn't daddy's little girl, I searched for love in the direction of unworthy men. Searching for love led me to have my first child because I thought if I had a child, I would receive the love I was craving. At 17 I thought I was grown and slipped up and got pregnant. Some people called it a mistake. But I knew that God would bring me a blessing even though people thought my pregnancy was a mistake. Good or bad, I knew God would see me through. The song 'Stronger' speaks about that experience."

Times were hard for the unmarried mother trying to raise a child alone. But gradually, Y'Anna began to hack out a career for herself as a backing singer. Over the years she sang backups for acts including Jennifer Lopez, Raheem De Vaughn, Angie Stone, Chrisette Michelle, Stephen Hurd and Ledisi. She said, "I have a long run with singing secular music. I sang background and toured with Mya. I want people who might never step foot into the church to hear my music and become encouraged. Maybe someone has been hurt by the church and decided to leave, that person might find their way back through my music. I am most passionate about music that inspires and uplifts."

Unfortunately, more destructive relationships followed for Y'Anna until finally she had an emotional and spiritual wake up call. "I was looking for a man to tell me 'you're beautiful'. It leads to many broken hearts and crazy relationships. My father was present, but he was emotionally unavailable. Finally, I got tired of being sad. I got tired of being disappointed and let down. I wanted to be happy within myself. I started looking in a mirror and learning how to love who God made me, flaws included. I found love, once I found out who I was." 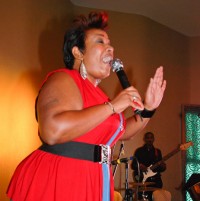 The album, released by Imago Dei Music Group, also contained the jazzy "Looking Towards Heaven", based on a song Y'Anna wrote after she had her second child and was feeling down about her life. "Every time I would get in a rut I would look up and say 'God, I'm looking to you to help me past this,'" the singer said. "And when I talked to God, I was looking towards Heaven." Urban contemporary in style, the song "I Believe" describes her unswerving belief in God despite her circumstances or the influence of others and gained considerable mainstream airplay.

Y'Anna has now set up The Promise Foundation, an initiative seeking to provide health, wellness, fitness, self-esteem building, social services, as well as scholarships to young women between 18 and 35. She also is planning a second initiative called Momma's Boys, which is intended to be an agent to encourage, teach, provide guidance and information and assist with connecting young boys with positive male role models and mentors in their communities.

In the meantime, Y'Anna is singing songs from 'The Promise' all over the US. She said, "The message in all my songs is that no matter what, no matter how down you are, there is hope right now - you are still blessed." That message is also her personal testimony. "To go through the fire and, like the Scripture says, to come out pure as gold. That's how I feel, that I'm pure as gold, like the light is just shining and everybody can see."