ZOEgirl: The girl trio continue to make headway in the US

ZOEgirl were quizzed about their ministry and songs. 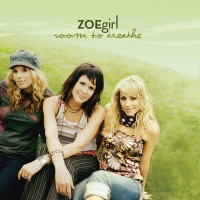 Tell us a bit about the song "Plain".
(Chrissy) It talks about how special girls bothered by their looks are and how important they are to God. We played a concert where we'd only gotten through the first line when we looked out and saw girls all over with tears running down their faces. That was a turning point for us and we knew this issue had to be addressed.

(Alisa) It's such a sad thing when a girl goes about destroying her body in order to try and make it look perfect. We've all done stupid things to make sure we look how we think we're supposed to look. We have a song on the end of the album called "The Truth". It talks about how our life is so worth the price Jesus paid for us. When I look into the eyes of some of these kids, I see something so worthwhile. I see a person who was called by God to be something. I've always loved makeup and I would have never gone a day without wearing it. But the Lord really worked in my heart this year to show me that I don't always have to wear makeup to be beautiful. I realised I had overcome a big obstacle when I wasn't intimidated to go outside or to the store without makeup on. And now I don't care, because you know what? God made this face.

How have things changed since ZOEgirl started?
(Alisa) We've gotten to know each other so much better and our group has really found its identity. We found that identity by looking into the eyes of teenager after teenager and hearing about what they were relating to and what they were struggling with. Our songs have been greatly inspired by the people we've met.

Are you comfortable with having become teenage evangelical role models?
(Chrissy) Anyone who is put in the spotlight is being looked up to by somebody. Somebody's buying their albums, somebody's putting their posters on the wall, somebody's buying their outfits. I think that comes with the territory and we are willing to take that on. Alisa's father always tells us, "If you girls don't go out there and be that role model, somebody else will." And we don't know who that somebody else is, or what they're going to be teaching. So we definitely feel a big calling to be those leaders to these kids.

For more on ZOEgirl visit the ZOEgirl artist profile