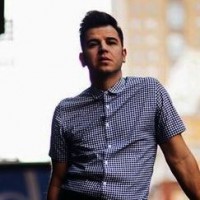 SPEAKING about his latest album '99 Cent Dreams', American blue-eyed soul singer Eli 'Paperboy' Reed told B&S magazine about getting legendary rapper Big Daddy Kane contributing to the title track of his album. "It came about because Kane reached out to me on Instagram. He was a fan, of all things. . . I grew up listening to his records because my brother was a big hip-hop aficionado so I heard a lot of those records growing up. Kane hit me up, said he was a fan, we kept in touch. So when I did the record, the idea came to me to have him do a verse of the song because I felt like it was really in his wheelhouse. We talked about it and I sent him the track and he just nailed [his verse] the first time around. This is the first collaboration I've ever done and the first collaboration with a hip-hop artist."