A Light In Darkness 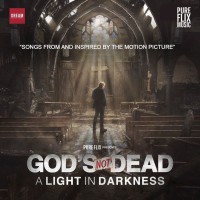 THE LATEST in the popular God's Not Dead series of feature films will have an album tie up when the Dream Label Group release 'God's Not Dead: A Light In Darkness - Songs From And Inspired By The Motion Picture'. The film which comes to US theatres on 30th March stars David A R White and John Corbett with special guest appearances from Tatum O'Neal and gospel singer and mother of the late Whitney Houston, Dr Cissy Houston. The album will be released digitally on 30th March with a special CD touring edition sold at the artist events. Artists featured on the album include Matthew Parker, Abigail Duhon, We Are Leo, Landry Cantrell and The Rock Music.