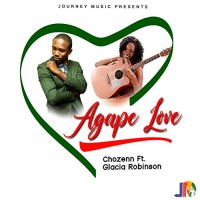 JAMAICAN reggae singer Chozenn has released a single, "Agape Love ftg Glacia Robinson". The track was produced by Rohan Rankine, the producer who won a Grammy for his work on Sting & Shaggy's '44/876' album.