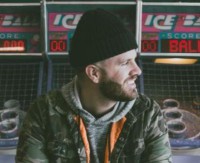 FLORIDA'S All Things New, whose 2015 album featured a four-piece, has now morphed into solo artist. All Things New, otherwise known as Garrett Hornbuckle, have released the single "Grace That Changes Everything" on BEC Recordings.