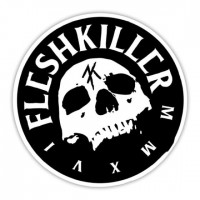 THE SWEDISH band Fleshkiller, formed by one-time Extol man Ole BÃ¸rud, will have their debut album 'Awaken' released by Facedown Records in September. The style of Fleshkiller is said to mix "old school death metal aesthetics with rich harmonic prog fusion elements". Said BÃ¸rud, "Signing with Facedown for the North American continent was the only natural thing to do as we already feel very connected to them, given that both Elisha and myself have previously collaborated with the label. Also the man behind the mix, Jack C Daniels, is closely connected to the label so we're basically hooking up with family. The label's attitude and vibe is great and we're excited to be working with them on this album."